China’s actions in Xinjiang denounced as crimes against humanity

China has revised up its 2018 GDP by more than two percent. According to the National Bureau of Statistics, the size of gross domestic product last year increased by 1.9 trillion CNY (270 billion USD). The upward revision will mean China can double the size of its economy at lower growth rates between 2010 and 2020. 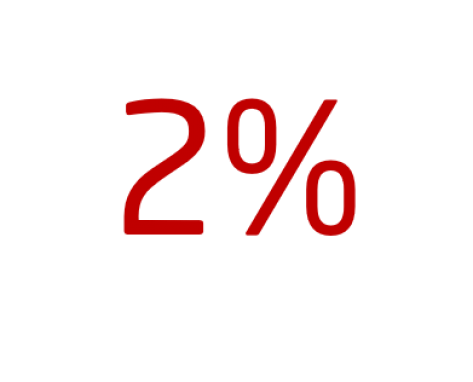 Topic of the week

China’s actions in Xinjiang denounced as crimes against humanity

Secret files leaked to The New York Times and the International Consortium of Investigative Journalists last week provided disturbing evidence of the mass detentions of Uighurs and other ethnic and religious minority members in Xinjiang. Human rights organizations and legal experts have characterized the measures taken by the Chinese government as a crime against humanity under international law. Meanwhile, the UK and Germany have repeated their calls for UN access to the camps and US lawmakers have again called for sanctions.

While China's Foreign Ministry did not initially deny the documents' authenticity, saying only that the content had been distorted, later, Chinese ambassador to the UK Liu Xiaoming derided them as “pure fabrication and fake news”. To the outside world, the Chinese government has always maintained the facilities in Xinjiang are “vocational training centers”. However, the documents reveal a very different story, detailing measures to prevent escape, prohibition of contact with the outside world, extensive surveillance, and punishments meted out to those who disobey. There are details of the scoring system used to track the ideological reeducation of detainees and recommendations on how officials should tell students returning home for the holidays that their parents have been taken interned.

The documents also deal with “the need to prevent irregular death” and “outbreak of epidemics”. These facts alone speak to the scope of the detention and the lack of procedural protections. Above all, the documents show that the campaign is being carried out in a systematic way, with the blessing of the top leadership.

“These leaked documents show the willingness of the Chinese government to disregard both domestic as well as international legal standards in matters of national security. As such, they call into question the trustworthiness of a key economic and strategic partner of many Western nations.”  MERICS expert Katja Drinhausen.

China and the world

The award of a prize to Gui Minhai, a book publisher detained in China, has plunged relations between Beijing and Stockholm into a deep crisis. China's ambassador to Sweden, Gui Congyou, threatened to ban the Swedish Minister of Culture, Amanda Lind, from entering the country after she awarded the freedom of expression prize to the book publisher on 15 November. Gui Minhai, who has a Swedish passport, had published books critical of China in Hong Kong and was kidnapped by Chinese security forces in early 2018.

Ambassador Gui Congyou called Lind's participation in the award ceremony a "serious mistake" - and warned that "wrong deeds will only meet with bad consequences". Awarding of a prize "to a criminal" was a blatant interference in China's internal affairs, he claimed. In Sweden, these pronouncements led to discussions about China's influence in the country. Prime Minister Stefan Lofven said his government would "never cave in to this kind of threat. Never". Swedish MPs demanded that Gui Congyou be expelled from Sweden and declared persona non grata.

The statements made by the Chinese Ambassador to Sweden are an example of China's increasingly self-confident foreign policy. Chinese representatives have gone on the offensive in representing the interests of China's Communist Party in Europe.

“European countries must be more united in their dealings with China. They must decide together where to draw red lines and what behavior of foreign governments is not acceptable in Europe.” MERICS expert Lucrezia Poggetti.

China has once again been accused of exerting pressure on Australian politicians in order to influence the political situation in Australia. According to a TV report, Chinese intelligence officers attempted to win over a member of the Liberal Party. Media reports claim the Chinese secret service offered the Chinese-born politician Bo "Nick" Zhao one million Australian dollars support for parliamentary elections. The Chinese Foreign Ministry described the accusations as "nothing but lies", saying it did not interfere in the internal affairs of other states.

At almost the same time, it has emerged that a man claiming to be a Chinese spy has applied for political asylum in Australia. Wang Liqiang says that he was responsible for espionage operations in Taiwan and Hong Kong. Among other things, he claims that he was involved in the kidnapping of Hong Kong booksellers. The Australian national security agency ASIO is now investigating both cases. Australia's Prime Minister Scott Morrison has called them "deeply disturbing".

The government in Canberra has long been concerned about Chinese influence and espionage in Australia. In 2017 Senator Sam Dastyari had to resign on account of relations with a Chinese donor. In another case, the Australian state security agency reported hacker attacks on the parliament as well as parties, allegedly originating from China. As early as 2018, the Australian government introduced two new laws to better combat espionage.

MERICS analysis: “Australia and Germany should work together on China", blog by Lucrezia Poggetti and Frances Kitt.

The overwhelming victory of the pro-democracy parties in the district council elections in Hong Kong has apparently shaken the government in Beijing. The day after the elections on November 24th, Chinese Foreign Office spokesman Geng Shuang declined to speak about the results at all. He merely stressed that violence in the metropolis had to be stopped and that order must be restored. Foreign Minister Wang Yi warned that any attempt to undermine Hong Kong's stability would be doomed to failure.

The pan-democracy camp won at least 347 of the 452 seats in the district council elections; it now controls 17 out of the 18 district councils. The pro-Beijing camp won only 60 seats. Voter turnout was historically high at more than 70 percent. Hong Kong's Chief Executive Carrie Lam promised to "seriously reflect" on the outcome, saying that she "respected" the result. Beijing-loyalist Lam has been under pressure for months due to the ongoing protests, which have recently escalated into violence.

District councils in Hong Kong have only limited political influence. However, the election result has huge symbolic importance given the months of protests against China's increasing influence on Hong Kong. Beijing had hoped that a victory by the Beijing-friendly camp would prove that the majority of Hong Kong's people rejected the protests. This hope proved misplaced.

The result of the election was only reported superficially in Chinese party-state media. According to a report in "Foreign Policy" magazine, some Chinese media had already filed copy in advance reporting a victory for the Beijing-friendly camp ready. Together with the delayed and evasive reaction to the result, this shows that the Chinese leadership continues to misjudge the mood among Hong Kong citizens. The Chinese leadership continues to argue that "hostile foreign forces" are responsible for the protests in which, at times, millions of Hong Kong citizens have participated.

“The apparent lack of knowledge about the causes of the Hong Kong protest on the part of the Chinese leadership is very worrying. This is not a good basis for a constructive resolution of the conflict.” MERICS expert Mareike Ohlberg.

Unintended transfers of intellectual property in exchange for access to the Chinese market has long been a major concern for foreign companies and governments worldwide. Better IPR protection has been a major point of contention in the trade negotiations between China and the US.

The measures, announced on November 24, add credibility to Beijing’s commitment to making domestic market conditions more appealing to foreign companies. However, they also demonstrate the Communist Party’s ever-increasing reach over activity in the Chinese market. The Chinese leadership hope that clearer and stricter rules on intellectual property rights will provide further support and momentum to China’s own innovation capabilities.

German chemical giant BASF has begun building a 10 billion USD petrochemical complex in the southern province of Guangdong. Chinese government officials were unusually quick to approve the project, prompting speculation that the move could have been partly driven by fear of a slowdown in investment caused by the U.S.-China conflict.

The new complex, which should be fully operational by 2030, will produce engineering plastics and thermoplastic polyurethane - products widely used in automotive, electronics and new energy vehicles industries. The company said the site will meet the growing demand of various growth industries in the southern China market and Asia. It predicted that, by 2030, China will account for 50 per cent of global chemical demand, up from 40 per cent today.

The complex is the first wholly foreign-owned petrochemical plant in China. Beijing has been progressively loosening restrictions on overseas investments in the industrial and financial sectors. Another such example was China’s approval of the construction of a wholly foreign-owned factory in Shanghai by U.S. electric car maker Tesla.

Wu Hongbo will be doing a lot of travelling in his new job. The 67-year-old has been China's special envoy for Europe (欧洲事务特别代表) since the beginning of November. From his base in Beijing, the career diplomat will be responsible, according to the Chinese foreign office, for deepening the "multidimensional, multi-layered and far-reaching cooperation" between China and the EU. The appointment of the veteran of European affairs to the newly created office has been seen as a gesture of goodwill, suggesting that China intends to devote more attention to EU relations in the coming year, despite or perhaps because of the ongoing trade conflict with the US.

Wu brings with him the right experience for the office. From 2009 to 2012 he served as ambassador in Berlin and has also worked as a diplomat in other West European cities. As under-secretary-general at the United Nations, the diplomat, who is loyal to the regime, refined China's smooth foreign policy rhetoric, in recent years getting it incorporated into official UN documents. Since taking office as European envoy, Wu has maintained this style, referring in speeches to the "community of shared destiny" of all people and praising the Silk Road Initiative as a "stabilizer for the world economy".

Born in Shandong Province in 1952, Wu, who studied in New Zealand and began his diplomatic career as a translator, describes himself as curious and open-minded. No matter where you go, "you can't pretend to be smarter than others," he once said in an interview. But Wu has his problems with the western media world. As ambassador to Germany he complained among other things about its lack of "objectivity". The diplomat does not shy away from difficult missions: in the late 1990s he was part of the negotiations with the UK on the return of Hong Kong to China.

Wu is modest, in a very Chinese way, when talking about his career. He has said he could not have made it to the top without the support of other people. Despite this reticence, he is pursuing a clear agenda: Wu wants to help shape China's rise. As early as 2018, in a speech to Chinese students, he said it was time for China to "create its own period of strategic opportunity". One thing is already certain - in the debates about an EU-China investment agreement, the 17+1 format (which is controversial in Europe), and the future of mutual relations, the new EU Commission will have to deal with a Chinese special envoy who, despite all his diplomacy, is very self-confident.

China's repression in Xinjiang and the reluctant international response (ntv)