By Charles Parton and John Goldstone

The difficulty of ramping up hospital care for Covid might threaten the CCP’s control of its people.

Only a few weeks after restating its commitment to Zero Covid, the Chinese Communist Party made a remarkable U-turn in December – at pace, rather than with a carefully measured loosening of restrictions. Three elements may have shattered its determination to stick with Zero Covid: a realisation of the economic costs, the nationwide protests against lockdowns, and a tsunami of infections. The first two could have been dealt with by an orderly retreat. The last probably explains the sudden and unprepared abandonment of Zero Covid, which was so closely associated with Xi Jinping.

Throughout the pandemic CCP propaganda portrayed China’s containment of Covid as a sign of its superior governance compared to America and Europe, where numbers of hospitalisations and deaths were high. If Omicron now overwhelms China’s health system, as it seems to be doing, the Party’s prestige will receive a severe blow on top of the knock it took from protests over lockdowns.

The CCP did not wisely use the time bought by its containment policy. Too many people remain unvaccinated, and most of those who have been vaccinated were injected a comparatively long time ago, meaning that their protection has waned. Hospitals have failed to prepare sufficiently for a flood of patients.

CCP propaganda, often swallowed abroad, lauds China’s ability to throw up hospitals in days (the much-paraded success of building two Covid hospitals in Wuhan in early 2019 took a day longer than the UK’s Nightingale hospitals, which had many more beds).

The Chinese government claims to have doubled intensive care unit (ICU) beds since Covid struck. That seems unlikely though, even if China is quick at mobilising resources to build manufacturing capability and workers to prepare buildings, oxygen supplies, ventilators, and their required monitoring equipment.

Even if they have managed to double their ICU beds though, it would still not be plain sailing for the country. American and European hospitals have learnt much from the pandemic, in areas such as the design of new infrastructure, air conditioning and ventilation, oxygen supply and the flexible use of multipurpose, high dependency beds. Because of past low infection rates and closed borders China has not had to learn or apply these lessons – until now.

And, even if China can assemble the ICU ‘hardware’ in an emergency it will still face other problems. It takes far more time to quickly assemble the necessary drugs and medical supplies, now in short supply in China. But most crucial is not the ‘hardware’ of buildings, but the ‘software’ of staff. Training staff is not a quick process.

In the UK it took between two to four months to train staff just to assess the risks of treatment, particularly when it came to treating the old and the frail. That’s before it came to providing the intensive care itself.

Intensive care is now a separate branch of medicine with its own specialists. Training takes years. The same applies for specialist nurses. ICUs require a multidisciplinary team. In addition, when staff resources are scarce, teams of other medics may have to be moved to support the specialists. For example, radiologists can be brought in to help insert venous lines.

ICUs must also take account of changes in Covid’s natural history, the impact of drugs, the need to avoid formal ventilation and to increase the availability of non-invasive ventilation.

But all this also takes time. And the CCP may not have time.

Concerningly, it already seems that hospital staff are being impacted by the disease. Opening temporary hospitals will be difficult if staffing current ones becomes impossible.

A final, and crucial, element is the longer-term psychological stress on staff who will work all hours for months on end as they cope in ICUs flooded with patients, and deal with deaths and grieving relatives. The experience in the NHS was that working flat out beyond a few months took its toll.

The CCP may be able to order its health troops into battle with less consideration for their well-being than in the NHS, but there are limits. The likelihood is that China’s war on Covid will last at least until spring. Many staff may not last that long.

Mental strain in the NHS was eased by getting the structure of medical teams right. The NHS also learnt from the British military and the way it identifies and provides psychological support when personnel are traumatised. To support staff, many UK Health trusts have adapted TRiM training, a support system to help staff who have experienced traumatic events. If the UK is looking for an area to build ties with China, offering to send TRiM experts might be a good option.

All this means that China’s health system, even if it builds up as quickly as the CCP claims, will probably suffer a much higher casualty rate than America and Europe now experience. Earlier Chinese estimates from Fudan university suggested there might be 1.6 million deaths across the country.

If that number is correct, then the stakes for the party are high. It must avoid the chaos of early 2020, when hospitals in Wuhan and elsewhere were overwhelmed. The problem with Xi Jinping’s slogan that ‘the Party leads everything’ is that, while it claims credit for all good things, it must also take the blame for all bad things. Omicron has bankrupted the CCP’s – or Xi’s – policy on Covid. Recent protests have severely dented trust in the Party. This could be dangerous, if a stumbling economy and employment reinforce the people’s anger and further erode their faith.

Propaganda compounds this danger. The sudden switch of messaging from Covid being highly dangerous and requiring cruel lockdowns to being no worse than flu could further erode trust, if the people see hospitals overwhelmed and deaths shooting up. Propaganda works, until it conflicts too harshly with reality. The CCP will always massage the official statistics, but they can’t hide people’s experience on the streets, in their homes, and at hospitals. At that point, propaganda has the opposite effect: its evident falseness can mobilise the people against their masters.

The failure to plan for the possibility that Omicron might defeat Zero Covid could cost the Party dearly. The numbers of hospitalisations and deaths elsewhere suggest a fraught winter. At the very least the CCP’s reputation for good governance and long-term planning may itself need emergency treatment.

Charles Parton is a Senior Fellow at MERICS. He is also a member of the UK think tank Council on Geostrategy and the Royal United Services Institute for Defence Studies (RUSI).

John Goldstone is one of the UK’s leading experts in intensive care medicine.

This article was first published by The Spectator, January 8, 2023.

The views expressed in this article are those of the authors and not necessarily reflect those of the Mercator Institute for China Studies. 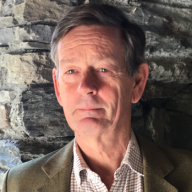