During the climate conference COP26 in Glasgow, leading European stakeholders often referred to climate policies as an area in which EU-China cooperation is indispensable. However, what this cooperation entails in practice remains elusive.

One strand of related discussions focuses on the need for the EU to convince Beijing to pursue a more ambitious climate agenda. But if so, then is cooperation primarily about changing Beijing’s policies and behavior?

Another interpretation is that cooperation should be aimed at establishing global, baseline standards and rules that would pave the way for fair competition on green transition. This would also include discussions on the EU’s Carbon Border Adjustment Mechanism criticized by Beijing.

In this round of our EU-China Opinion Pool, we ask several experts from fellow institutions and MERICS to unpack what is really meant by EU-China climate cooperation and to answer the question:

EU-China climate cooperation - what is its key objective and what is the best way to achieve it? 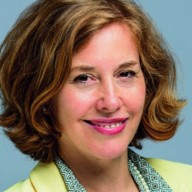 Dr. Alicia García-Herrero
Chief economist for the Asia pacific at NATIXIS and Senior Fellow at Bruegel

For a long time, cooperation has been the only answer for the EU when dealing with China and climate change. The EU views it of critical importance that China joins global efforts in addressing climate change, as it is the largest emitter by far.

The cooperation approach has been so far successful, e.g., as China signed the Paris Agreement and, later on, committed to reach net zero emissions by 2060. Progress was recently made in Glasgow as China signed the Glasgow Climate Pact which includes accelerated efforts towards the phasing down of coal. Unfortunately, however, China’s last-minute push (supported by Bolivia, South Africa and Iran) to change the language from “phase-out” to “phase-down” significantly weakened the pledge. This approach is no different from China’s announcement right before COP26 of its long-awaited Action Plan for Carbon Dioxide Peaking Before 2030, which made no new pledges and delays its efforts until 2025-2030.

In a nutshell, China has never fully committed to cooperation on climate change strategies. This is understandable, especially given the difficultly of the task. China will indeed face huge challenges with its energy transition as witness recently over the past few months.

Given the urgency of the matter, the EU might need to use more of its economic leverage to achieve a more fruitful cooperation with China. The Carbon Border Adjustment Mechanism is a good example of such an approach, which made great progress with Turkey when it finally signed the Paris Agreement, especially given the expected increase in the cost of exports to the EU.

Unfortunately, the EU might be too small to exert the same amount of economic leverage on China, which implies that that the EU might need to find other like-minded peers who also advocate for taxing carbon emissions across borders and support global carbon pricing. Only through coordinated effort may the EU be able to find enough of an economic leverage to improve its climate cooperation with China. The other economic leverage which the EU has, and for which coordination is also needed, are climate-related standards. The EU would be advisable to first agree on the standards with the US and Japan before negotiating them with China. As we stand today, there is no such thing as climate cooperation without exerting benign pressure through economic leverage.

Lead analyst at Centre for Research on Energy and Clean Air 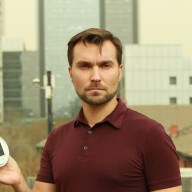 The objective of EU-China engagement on climate should be to spur both sides to do more to cut emissions, do more to finance clean energy and clean development in developing countries and possibly coordinate diplomatic efforts towards third countries. This can happen through competition, confrontation, dialogue or even collaboration in specific areas.

Despite having a carbon neutrality target, China's international climate pledges and national climate plans leave space for emissions increases until late this decade, and for a very wide range of possible emissions trajectories over the next decade. This makes them weak in two respects: how fast China's emissions peak and decline is crucial for the development of global emissions and having fuzzy targets for the period that is relevant for policymaking makes it impossible to judge whether the country is on track to its long-term goal.

The EU should articulate clear expectations and benchmarks for China’s emissions pathway and assess trends and policies in the country against those benchmarks. It’s essential for diplomats and political decision-makers to have higher quality and more timely information about what’s happening in China to enable them to effectively raise concerns and acknowledge progress.

It needs to be clear to Chinese decision-makers that continued emissions increases until late in this decade would have grave negative consequences for the relationships with EU member states, extending to trade and diplomacy. The Union should aim to exert maximum leverage, with both sticks and carrots and accept that even then external pressure and charm offensives are going to be only one factor among many as China’s leaders weigh their choices.

Climate cooperation between China and the EU needs an overhaul. It is vital that we coordinate at the political level, but we need to be clear-minded about where concrete cooperation is effective – and where we should challenge China to do more. The more successful areas of cooperation are in science, standards and green finance. The EU and China, and not least the climate, stand to gain if we coordinate our standards defining, e.g., green tech.

Coordinating on common carbon pricing is an issue we should move on fast, since it will become central to trade relations. Scientific exchange is an important part of advancing our knowledge about climate change, and collaboration among energy agencies has real impact on our understanding of each other’s strategies and pathways to respond to it. In green finance, we could be more ambitious in linking resources to finance clean energy in developing economies and in areas where switching to renewables needs to be aided. Both sides already have mechanisms in place.

We also must accept that, on certain issues, China will not move as fast as we would like. It is important to lead by example, and possibly accelerate commitments through the market – via competition. The Carbon Border Adjustment Mechanism (CBAM), and to some degree the supply chain law, both still in the making, have the potential to create market pressure on Chinese producers to become more sustainable. Beijing seems to become less responsive to political pressure, and so market mechanisms and competition are probably the best mechanism we have left. This goes hand in hand with more investment in our own research and tech sector, to stay competitive in key future technologies. China is betting on green tech competition, and we should engage in that competition – for the sake of the climate.

Senior Research Consultant at the International Institute of Green Finance 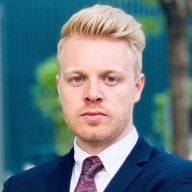 Disagreement on what “green” actually means is a key obstacle in EU-China climate cooperation. The EU and China turned an important corner last week in Glasgow with the publication of a comparison of their taxonomies: The Common Ground Taxonomy. Differences between taxonomies become problematic when climate efforts need to be aligned, such as when China includes clean coal as a green activity. This is a problem, for example, when European investors buy green stocks in China or when Chinese companies want to issue bonds in Europe. The taxonomy brings clarity to where exactly the taxonomies differ – which turns out to be only in a few places.

The importance of alignment of green definitions extends beyond finance as taxonomies are the basis of all policies pushing for a green transition. That purpose is shared in both the EU’s and China’s domestic taxonomies. In practice, climate cooperation becomes much simpler if taxonomies are aligned since policies then target the same economic activities. This includes what industries could be targeted by the EU’s Carbon Border Adjustment Mechanism, what types of projects in developing countries the EU and China could jointly support, or what type of company-to-company green technology cooperation should be encouraged.

However, the Common Ground Taxonomy is merely the first of, presumably, two steps. What is most needed is to go beyond comparing and simply using the same taxonomy. That could be either a taxonomy based on the overlap in the comparison or a new taxonomy using a common categorization of activities. Towards achieving this, we can be encouraged that both parties have expressed willingness to harmonize green standards and demonstrated that progress could be made even as relations are strained as of late.