China owns the stage in Africa

Beijing will use the China-Africa Cooperation Forum to present China as a global power. US disengagement from and European disunity and indecision towards Africa help Beijing’s self-promotion as a reliable partner for African countries. For Europe, China can be a partner or competitor in Africa, depending on the issue.

Not even António Guterres wants to miss this event. For the first time, a UN Secretary General will give a keynote speech at the Forum on China-Africa Cooperation (FOCAC) next week in Beijing. It will be the biggest diplomatic gathering hosted by China this year, bringing together China’s top leadership and the leaders of all African countries with the exception of the Kingdom of eSwatini (formerly Swaziland), Taiwan’s last remaining diplomatic ally on the continent.

This year’s event is certain to receive the biggest amount of international attention since at least the first real FOCAC summit in Beijing in 2006, and it will shine a spotlight on China’s maturing partnership with African countries. China and its African counterparts meet every three years, alternating between a capital on the African continent and Beijing. China had initially set up the format in 2000 at ministerial level; only the 2006 and 2015 meetings were summits. The fact that the coming meeting will again be held at that level – and that PRC media have highlighted this fact – may suggest that Beijing plans a permanent shift to full summit status.

A lot of the mutual interest is economic. China has been Africa’s largest trading partner since 2009, and Chinese investment on the African continent is steadily increasing. After China’s initial focus on extractive industries such as oil and mining, Beijing has expanded its focus to industries such as manufacturing. FOCAC meetings have been marked by massive financial pledges on the Chinese side. At the previous summit in Johannesburg in 2015, China’s party and state leader Xi Jinping announced 60 billion USD in loans, grants, and investment.

China’s first-ever overseas military base in Djibouti illustrates that China is also expanding its security footprint in Africa, mainly to protect Chinese assets and citizens on the continent. Besides, Chinese peacekeepers are engaged in UN missions from Mali to South Sudan.

Many African leaders welcome Beijing’s engagement as an alternative to what they perceive as half-hearted approaches by the United States and Europe. They interpret US president Donald Trump’s threat to cut the US aid budget by 30 percent as a sign of disinterest. While there is no discernible coherent Africa policy in Washington, individual European governments such as Germany and the UK have scaled up their engagement recently. With their coincident Africa trips, German Chancellor Merkel and British Prime Minister May are sending strong signals of greater involvement and interest. However, both are also competing for attention and with growing Chinese influence. Meanwhile, the EU continues to struggle to fully leverage the multiplicity of EU member states’ engagement and devise a coherent European engagement approach.

China seeks to capitalize on the African fatigue with traditional donors and partners by presenting itself as a global power with a comprehensive approach, claiming to treat African counterparts as equals. This fits the Chinese rhetoric of a win-win and South-South cooperation and gives the PRC the opportunity to portray itself as a developmental model for Africa others.

1. China’s financial promises will be the center of attention. Another record Chinese pledge seems likely at this meeting. The number can be expected to exceed the 60 billion USD pledged at the previous summit in Johannesburg in 2015.

In 2015, the pledged sum was three times higher than the one at the 2012 summit. Before that, the increase between summits used to be two-fold. The size of this year’s increase can yield some clues on whether China plans to outspend all other powers in Africa or if its ambitions are moderated by domestic concerns.

Details on how China plans to allocate the money are usually scarce. Changes in the breakdown could, however, signal shifting priorities. At the previous summit, the major share consisted in grants and zero or low interest loans through developmental organizations. 10 billion USD were purely commercial loans (for equity investment and to support small and medium-sized enterprises). If the share of commercial financing is bigger than in 2015 at the expense of grants, this could mean that domestic concerns of over-spending abroad are being taken seriously.

2. The Belt and Road may be expanded to cover all of Africa. The Chinese government will make sure that the Belt and Road Initiative (BRI) features prominently at the summit and will emphasize its positive contributions for African countries. Currently, most projects are located in Kenya and Tanzania on the East African coast as well as in Djibouti on the Horn of Africa. It is likely that more African countries will sign memoranda of understanding endorsing the initiative – which Beijing may officially expand to the whole of Africa.

If BRI is officially expanded, it will most likely upgrade and “Silk-Roadify” existing (Chinese and other) plans for transcontinental infrastructure corridors (motorways, railways, trade zones), especially from east to west across the fertile band south of the Sahel – from Ethiopia through South Sudan, Central African Republic, Chad, Nigeria and on into Francophone West Africa where Chinese activity has shot up in recent years in sectors like infrastructure, energy and fishing.

3. China will seek to deepen its bilateral partnerships also in security matters. Despite its multilateral appearance, the China-Africa Forum is a China-led initiative, which provides the stage for China’s bilateral relations with African countries. There is for example no stand-alone secretariat that manages FOCAC. Instead, the meetings are managed from within China’s Ministry of Foreign Affairs.

To strengthen the strategic component of these bilateral relations, China is expanding its relations with African militaries. The First Defense and Security Forum Beijing hosted in late June with over 50 African high-level militaries highlighted the growing security component of China’s engagement on the continent. In the future, China can be expected to not only offer more training courses for African military officers, but to use these occasions to boost sales for Chinese-built weapon systems. It is likely that China will scale up its efforts to sponsor capacity building and professionalization training programs for African militaries including the construction of purpose-built academies and training centers such as the one that opened in Tanzania earlier this year.

What China’s engagement in Africa means for Europe

The Chinese government will use the summit to present China as a powerful country and a reliable partner for African countries, laying the ground for a greater footprint in the region. China’s economic, development and security priorities in Africa will affect Europe’s engagement on the continent.

European political and military leaders should pay close attention to whether China’s deepening defense ties with individual African countries lead to a broader strategic re-orientation away, for instance, from traditional partnerships with European partners like France.

But European policy makers also need to identify possible areas of cooperation with China in Africa. Renewable energy – an emerging priority for cooperation between China and African countries, is a field where European governments can contribute their experiences and where European companies can offer technology. Providing vocational training to African workers, especially in manufacturing, is another shared interest, as European policy makers have identified increasing youth employment as key for discouraging young Africans from emigrating to Europe.

For Africa, China’s engagement may be a double-edged sword, but it holds the promise of greater independence from what is perceived as either Western paternalism or neglect. For Europe, China can be a partner or a competitor in Africa, depending on the issue. It is, therefore, time for European governments and the EU to better pool European resources in a way that generates the same public diplomacy payoffs that China gets through FOCAC. 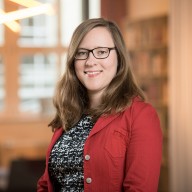