China-EU economic relations will be stable in 2022, although political tensions may continue to increase — this is according to the responses of 850 China watchers in a survey conducted by the Mercator Institute for China Studies (MERICS) which will be published on January 26.

Watch the recording of our virtual conference that took place on January 26, 2022 on YouTube.

Especially in the green technology sector, respondents expect "some" intensification of mutual trade, investment and research relations (experts: 61%, public: 50%). However, in critical and more securitized areas such as semiconductors, chips and 5G, respondents expect a decline in cooperation.

As far as China's domestic political development is concerned, most respondents (experts: 85.2%, public: 79.6%) believe that state and party leader Xi Jinping will continue to consolidate his grip on power in 2022. Only a minority consider it likely that inner-party opposition to Xi might emerge or that the party could start preparing for a change in leadership for a post-Xi era.

The 20th Party Congress of the Communist Party is due to take place in Beijing at the end of the year. A majority of those surveyed (experts: 65.8%, public 56.2%) assume that state control will have a decisive influence on China's economic development in 2022. According to the survey, the central government will also continue to try to control the major technology groups and harness their technological innovation for its own benefit.

Among other things, the participants in the survey were also asked about the Winter Olympics, which begin on February 4 in Beijing. According to their views, the games will not help to improve China's image. In fact, 55% of the experts surveyed believe it will have a negative effect (public: 38%).

For the third consecutive year, MERICS invited a select group of European China professionals and practitioners working on China, as well as members of the wider public to participate in the MERICS China Forecast. 850 China watchers from 61 countries contributed their assessments to the current forecast that was conducted in December.

We will present the results of the full survey at a conference on January 26. You can download them here.

Below is an overview of the survey results. Please click on the graphic to browse through the results. 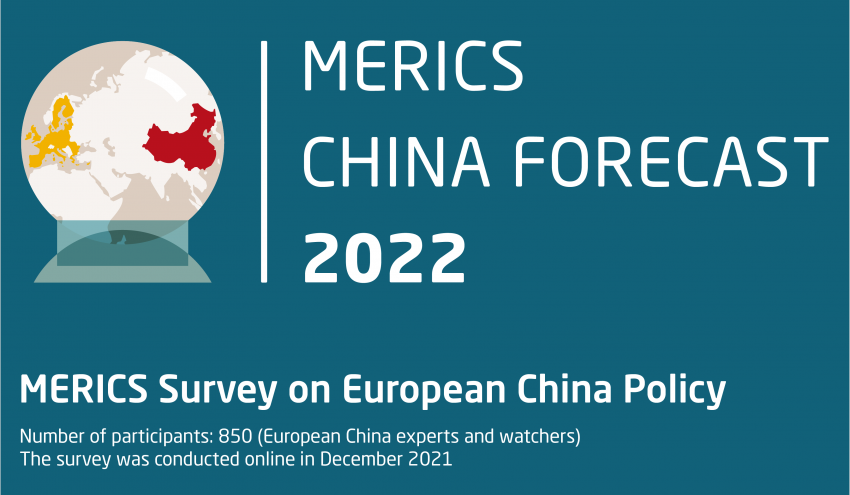 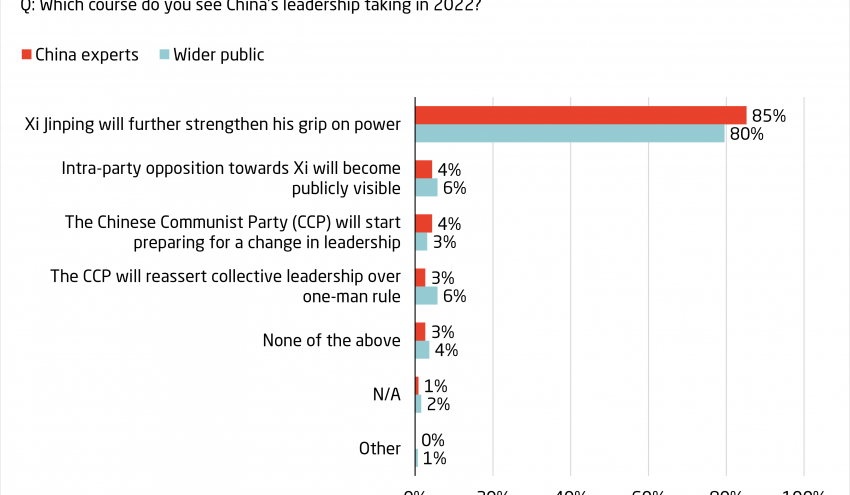 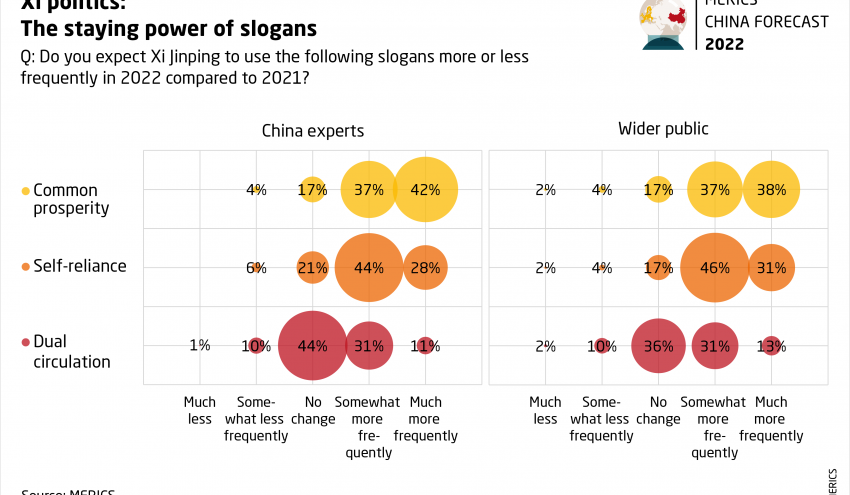 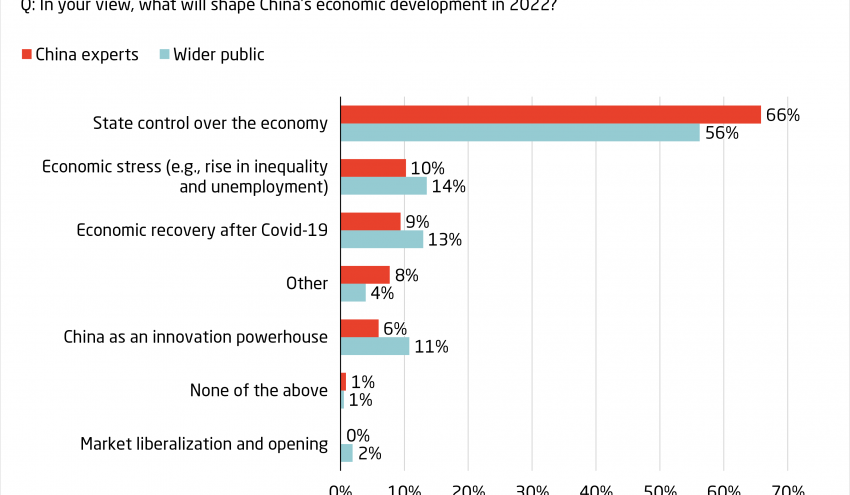 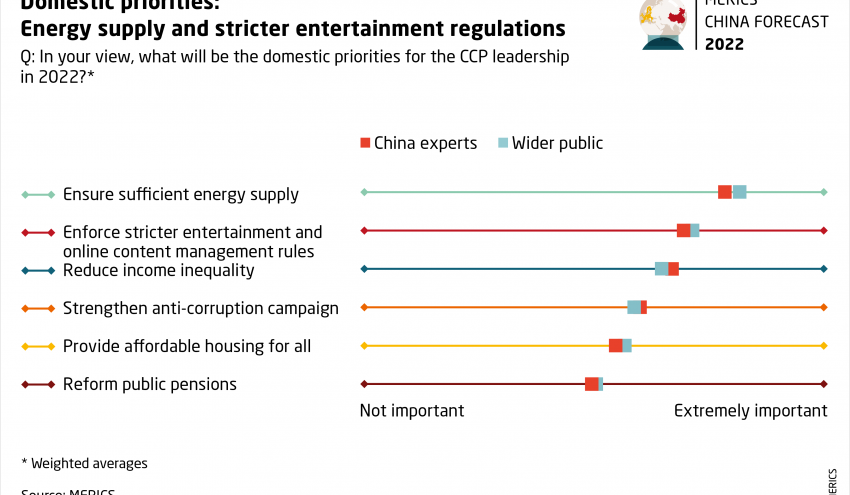 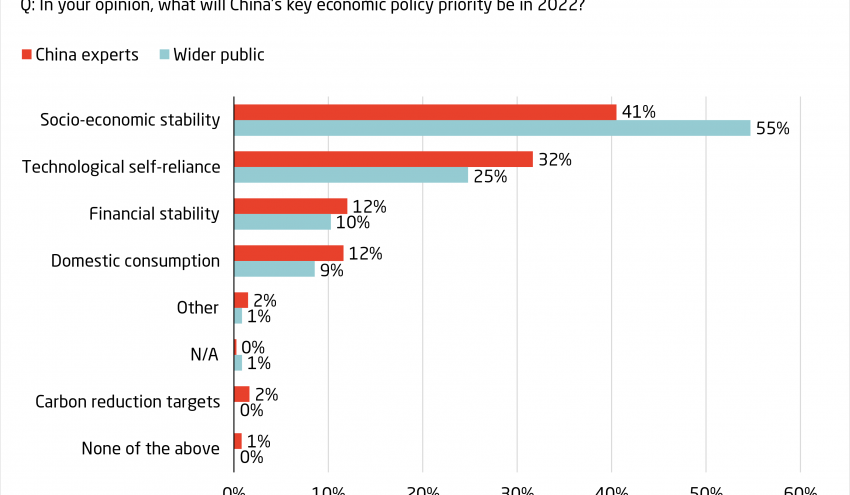 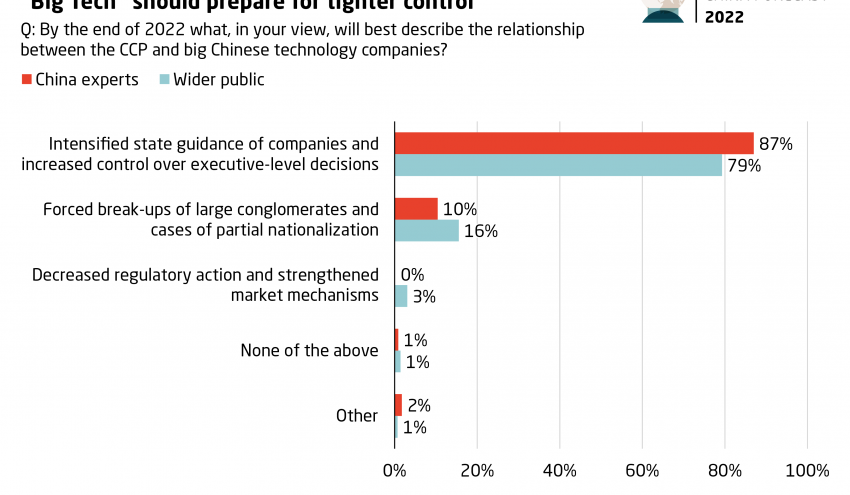 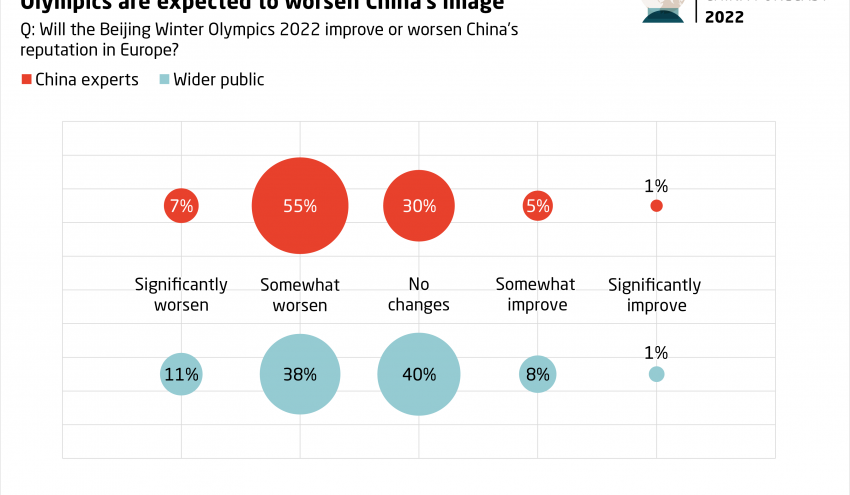 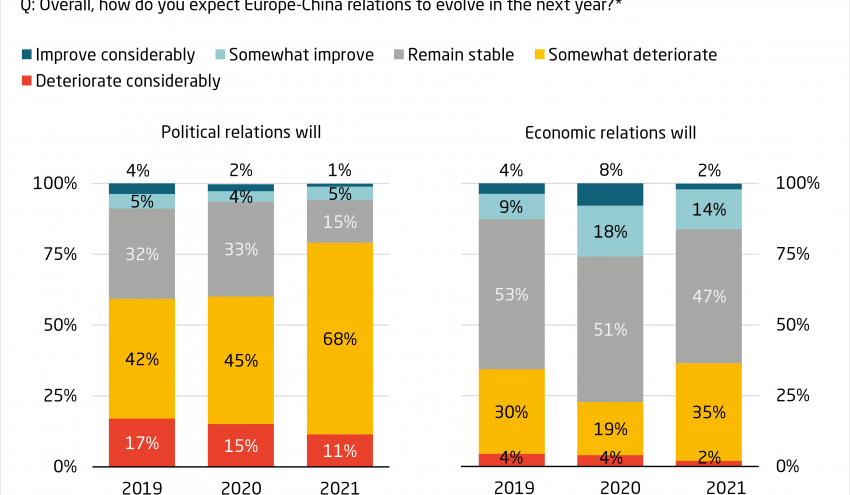 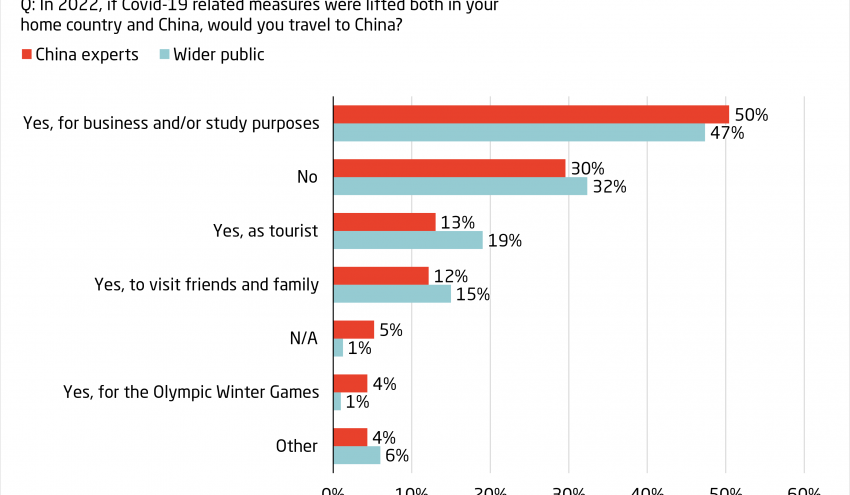 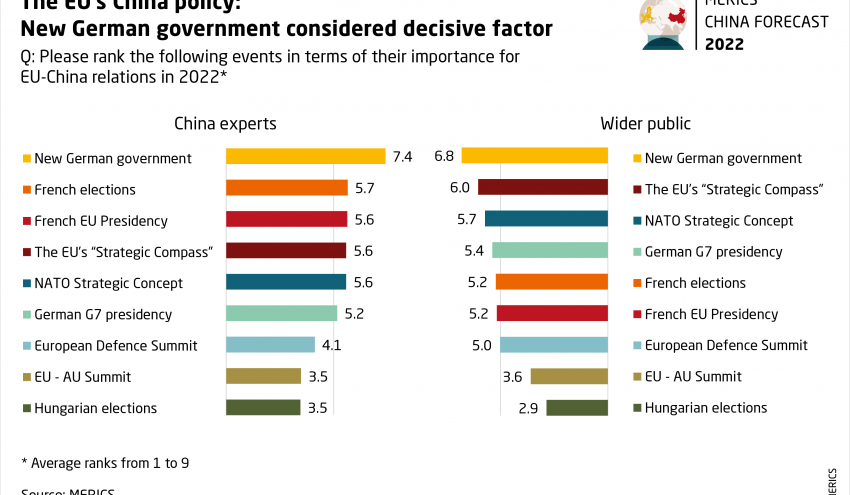 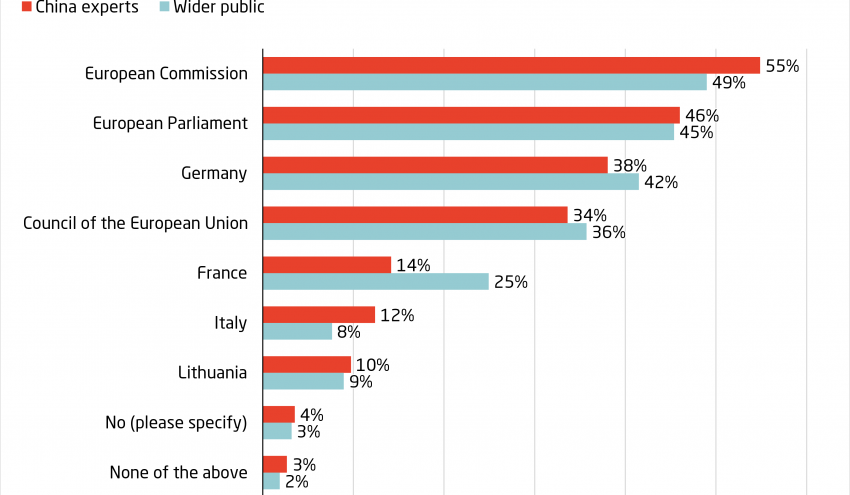 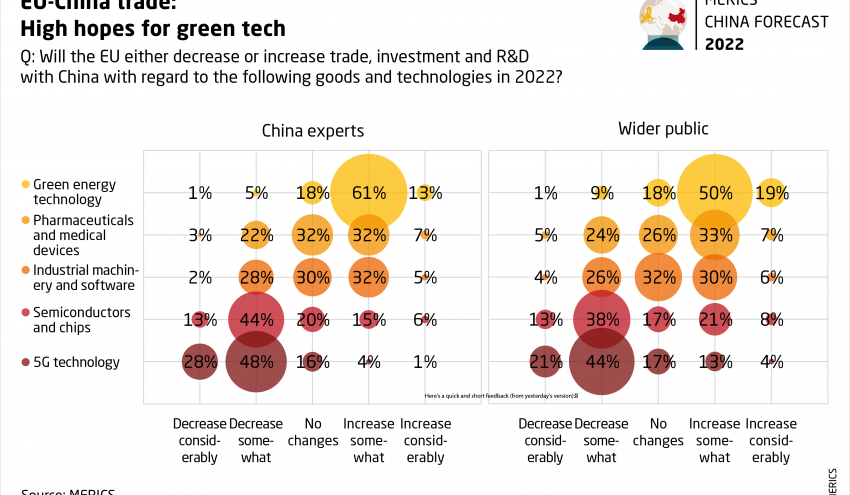 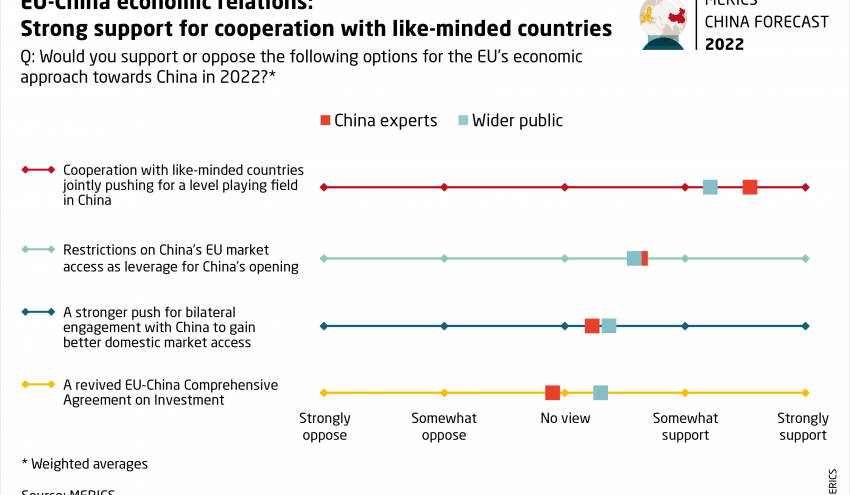 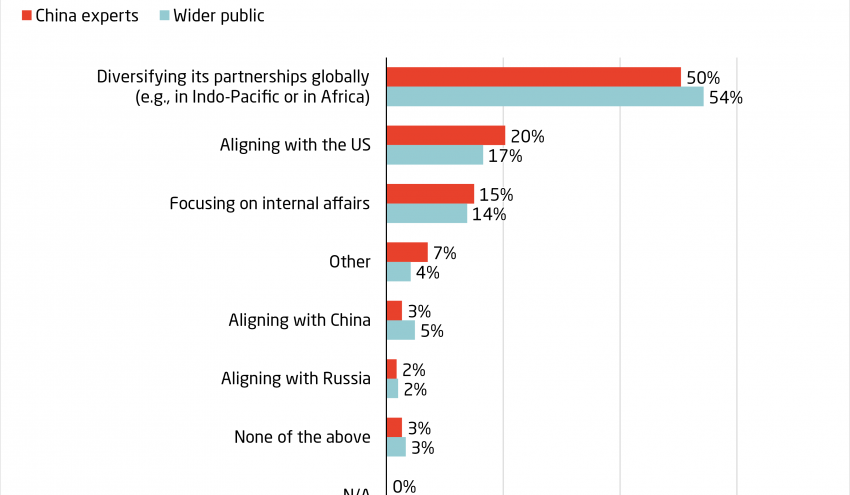 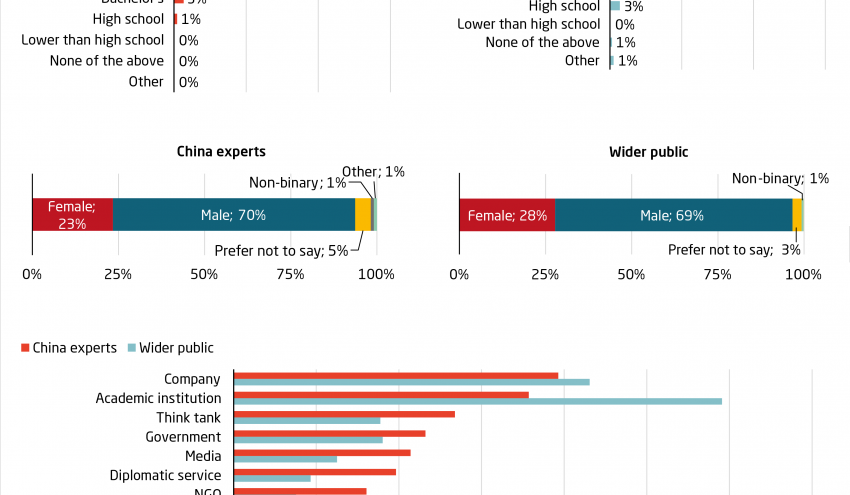 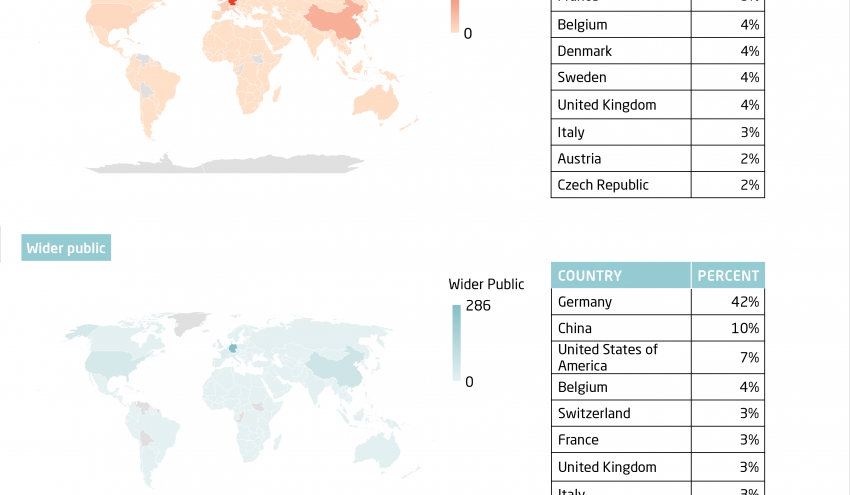