Much as they see the uses of so powerful an ally, Russian foreign-policy experts have growing concerns about Moscow’s relationship with Beijing, say Roderick Kefferpütz and Yurii Poita.

Moscow and Beijing have taken to calling their relationship a “friendship without limits.” Official declarations and joint statements offer important insights into the strategic thinking behind the bilateral relationship, but they can mislead by hiding grievances and concerns. Public statements by Russian foreign-policy experts and think tanks show there is more than meets the eye to effusive descriptions of the purported no-limits friendship. There are mounting worries that an embrace so warm could turn into an uncomfortable bear hug.

In line with MERICS data analysis, Russian experts consider hostility towards the US and opposition to the Western governance model the basis of Russia-China relations. Nadezhda Arbatova, Head of European Political Studies at the Primakov Institute of World Economy and International Relations at Russian Academy of Sciences, sees “Russian-Chinese closeness” as the result of “conflicts with the ‘collective West’”. Vasily Kashin, Director of the Centre for Comprehensive European and International Studies at the HSE University, even says: “We have a common interest with China: to oppose and harm the United States.”

But in the context of Russia’s war on Ukraine, most of these experts see China adopting a neutral stance, if Russian-friendly. While rhetorically backing Moscow, Beijing is limiting practical support given the risk of Western sanctions – even Russian President Vladimir Putin in June said Russia needed to respect China’s own interests. According to Alexander Gabuev, Senior Fellow at the Carnegie Endowment for International Peace: “Russia should not count on China’s unconditional support. While continuing to talk publicly about the unprecedented level of friendship with Moscow, Beijing will be wary of practical cooperation.”

Russia is increasingly reliant on China’s economic and technological might

Nevertheless, cut off from Western markets and technology, Russia is increasingly reliant on China’s growing economic and technological might. The expectations are that China will replace the EU as Russia’s main trading partner. “China’s economic influence in Russia and over Russia will grow,” according to Sergei Karaganov, Dean of the Faculty of World Economy and International Affairs at the Higher School of Economics in Moscow. “China has most of the technologies we need, and it has a lot of capital.” But he has also said he was “very concerned” about China’s looming “overwhelming economic predominance.”

Karaganov’s stance illustrates Russia’s dilemma. It wants China’s economic support, but fears becoming dependent on it; it wants more Russia-China cooperation but is wary of Chinese dominance. Ivan Zuenko, Senior Researcher at the Center for Eurasian Studies of the Institute of International Studies of MGIMO University, is among a number of experts who want the Russian economy to not fall completely into Chinese hands, by diversifying towards other players in Asia and by “protecting strategic industries from falling under the control of foreign capital, retaining domestic specialists and localization of production.”

But Russia’s foreign-policy experts also know that would not be in the interests of Beijing. China expects its economic support for Russia to bring the economic benefits. Zuenko, for one, has reported the disappointment of Chinese counterparts “in private conversation.” He has quoted one as telling him that “after the deterioration of the two countries’ relations with the West, Russia got more than China got from Russia.” As wary as Russian experts are of China, they are also aware of their country’s potential to disappoint its key partner.

Another concern expressed by Russian experts is that Beijing might in future increasingly dictate Russia’s Asia policy. Seeking to undo Europe’s post-Cold War settlement, Russia is a revisionist power there. But in Asia it looks set be more conservative by endorsing the status-quo. It hasn’t formally accepted Chinese claims to the South China Sea and has good relations with China-critical regional players like India and Vietnam. But experts question the durability of this policy and reckon Russia could soon be forced to support China’s interests.

“The price to pay for this will be to undermine Moscow’s policy of diversifying ties in Asia for many years,” according to Vasily Kashin. “Russia will be forced to act in line with China’s policy in Asia, not only to contain the United States, but also to confront the US allies, led by Japan.” Gabuev has suggested China could soon tell Russia to “not sell weapons to India” or be “vocal in its support for China’s territorial disputes in the South China Sea and its claim over Taiwan” in the future – requests Moscow would be hard pushed to ignore.

Russia has so far been able to avoid significant impact on its relationship with other Asian countries, but Russian experts wonder how long this can last. A number of them have highlighted the necessity of finding new forms of balancing interests – and an approach to Asia that is independent from, yet doesn’t displease, Beijing. In particular, according to Ekaterina Koldunova, Director of the ASEAN Centre at MGIMO, tensions between China and India should be solved to make it easier for Russia to position itself in Asia.

Surprisingly, not many Russian experts mentioned the possibility of problems for Moscow in regions like the Arctic or Central Asia – Russia’s invasion of Ukraine has made Kazakhstan and other states in the latter region more wary and increasingly turn to China. Russia’s position in Asia – especially relations with India, Vietnam and other powers – could yet test the Moscow-Beijing axis. Western policymakers would be well advised to simulate policy scenarios to see whether intensified Western relations with the region in general and arms exports to India and Vietnam in particular could aggravate Russia’s dilemma. 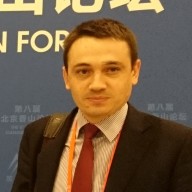