Three major trading blocs – China, the European Union and the United States – have reacted with protectionist measures to the economic challenges caused by the Covid-19 pandemic. Industrial policy has become the preferred tool for safeguarding systemically important industries against foreign take-over, reinforcing a trend toward protectionism that was already visible before the crisis. The new wave of economic nationalism could weaken the fragile world trade order even further.

Never let a good crisis go to waste, an old saying goes. Even in the dark times of the current Covid-19 pandemic there are opportunities for those who suffer less than others. That’s especially true in the economic sphere. Stock markets around the world went south after the virus hit as companies suffered dramatic losses in sales and profits, weakening their balance sheets and  leading to steep declines in market values. Some are now in such a weakened state that they are vulnerable to takeover by foreign investors. The German car manufacturer Daimler is a good example: the company has lost 40 per cent of its market value since January 2. Its market cap is about 32 billion EUR as of April 14. For the Chinese investor Li Shufu, whose company Geely already owns Volvo and has a 10 percent stake in Daimler, it would be a bargain to take over the steering wheel of one of Germany’s auto icons.

It’s no wonder that governments in Europe fear an attack on their industrial base. Germany, Spain, Italy and France have all tightened their take-over rules and screening of foreign direct investment. Industrial policy is back on the global agenda, carrying the stick of protectionism to fend off foreign buyers. That’s not just the case for valuable industries like medical equipment, but also for whole strategic sectors like energy, infrastructure, mobility and technology. Self-sufficiency is the new buzzword. Although protectionism was a characteristic of industrial policy before the Covid-19 crisis, and economic nationalism is a long-term trend caused by trade and tech wars between China, the United States and Europe, the virus has reinforced this behavior among the major trading powers.

European governments don’t mention suspected predators by name, but their protective measures are clearly directed at Chinese investors. M&A specialists confirm that, in particular, state-owned enterprises from China are looking for a bargain in Europe. This shows us the other side of the coin: industrial policy isn’t only a defensive measure to protect your golden eggs at home. It can also be an offensive attack to strengthen your domestic industries through merger and acquisitions abroad.

A lack of reciprocity

China is the usual suspect in this regard. Chinese firms have been on a buying spree in Europe for the past few years. The lack of transparency in their financing has aroused the suspicion that they get more than a little help from their friends in the Chinese government. Yet when foreign companies want to invest in China, they still face many restrictions. This absence of reciprocity, along with the suspicion that Chinese investors get their orders from Beijing to target companies from systemically important industries abroad, has caused a backlash in Europe and the United States. Although the Trump administration hasn’t specifically changed its stance on foreign direct investment since the outbreak, it is likely that screening through its notorious Committee on Foreign Investment in the United States (CFIUS) will be even more restrictive, especially for the medical supply chain.

Europe is following suit. The EU set up an extensive screening process for foreign direct investment last year and issued new guidelines “to protect critical European assets and technology in the current crisis”.

The world economy certainly wasn’t a place of harmony and cooperation before the Covid-19 crisis hit. Free trade open borders were already under attack by populists, and economic nationalism had already weakened the rules-based world trade order. But the pandemic has brought out an “everyman-for-himself” mentality among nations that threatens the free flow of goods, services, data, ideas and people even more. The economic costs for the wealth of nations could be quite high. The Covid-19 crisis could cut global foreign direct investment by as much as 40 per cent in 2020, the United Nations Conference of Trade and Development (UNCTAD) reports. With economic nationalism increasingly disguised as industrial policy, this could make things even worse.

Torsten Riecke is the international correspondent at Handelsblatt, Germany’s leading business and financial daily. From January until April 2020, he is a Visiting Academic Fellow at MERICS. 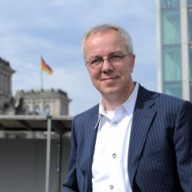 MERICS Event Podcast: The return of uncertainty in China

Downward pressure on the economy rises amid growing uncertainty