“China considers Germany a major western partner and listens when it speaks.”

What are currently the most critical issues in EU-China relations? Were any of these enhanced by the corona outbreak? 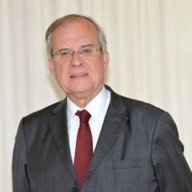 China and the EU are two major strategic partners which means that stability and peace in the world depends, amongst others, on how they behave towards one another. As the first world trading partners, their contribution to world growth is fundamental. We know that the international situation prior to the pandemic of COVID 19 was already quite tense. There was the withdrawal of the United States from their multilateral commitments which was taking place while China and the US were waging a tough trade war.

These events have led the EU to redefine its strategic vision. The statement by the EU Commission, just before the state visit of President  Xi Jinping to France in March 2019, to which Chancellor Merkel and EU Commission President Juncker had been also invited to proclaim together the importance of multilateralism, has given the Europeans a major asset which is the reshaping of our interests.

Yes, we are China's systemic rivals, we are competitors, but we are also partners. The Covid-19 pandemic has amplified tensions across the globe but the EU stance remains valid, while the US policy towards China will be exacerbated during the US presidential campaign. In this context, the issues which were at stake before the pandemic are still there: market access, technology transfers, protection of intellectual property, strategic investments, protection of the cyberspace, development aid and debt.

We can add the need for more self-reliance in some sectors such as pharmaceuticals to the list. Thanks to the pandemic we have become more aware of our dependency on China for medical solutions and need to see an opportunity to relocate such an industry to Europe. In that sense, the agreement for the protection of investments, when negotiated, would be the best tool and framework for a new start to EU-China relations.

What do you expect from Germany’s 2020 EU Council Presidency regarding the European Union’s policy towards China? Do you see any chance that it will succeed in pushing for a tougher EU line towards China? And will it be able to draft a document that would see a stronger demand for “reciprocity” and a new emphasis on “values”?

The 2020 Germany EU Council Presidency comes at a moment when all member states are trying to bounce back. It is crucial because the EU expects a lot from the German leadership, based on Germany’s leadership qualities shown during the crisis. We know that as a major western partner, China listens to Germany. In the balance of force with the EU, its market share with China and its investments are bigger than the ones of the other member states.

The German Chancellor announced the EU Leipzig summit with China in 2020 that would bring together each EU Head of State and Government with the Chinese President. But now even that has been delayed but it is of the utmost importance that this takes place as early as possible. During an online summit on June 22, the importance of the summit was made clear between Prime Minister Li Keqiang, President Xi Jinping, and the Commission President von der Leyen and President Charles Michel. This EU-China Summit would give an opportunity to each country to share clear common objectives and express their commitments towards one another.

Should we be tougher on China? The point is that we must always remember that the EU is not only an economic power but also a political project in which each member state shares a socle of common values, based on human rights for which each of our societies has fought for, for centuries. And these values must be repeatedly expressed each time they are called into question, and that is exactly what the new leadership of the EU does. What is at stake in the end, is the stability of the world, without which there is neither peace nor prosperity.

In times of rising confrontation between China and the US, what importance – do you think – has Europe in China’s global strategic outlook?

Yes, in this time of growing confrontation between the US and China, the EU, which is the traditional ally of the US, has a part to play in redefining the balance of forces in a multipolar world. The EU is a trade power but also has political significance which should be strengthened over the next years. It would be reckless to embark on a crusade against China for whatever reason.

Let’s be realistic. China for its own development needs our partnerships in many fields, be it investments, joint ventures, new technologies – all of interest for their rising middle class – and we need the Chinese market on our side for our own growth. Yes, we can see that there are Chinese “Wolf Warriors”, just as there are also European ones. If we would not need to protect ourselves, we would not need this kind of warrior. When the pandemic comes to an end, let us take the opportunity to give a new realistic start to EU-China relations in which all sides agree upon a realistic understanding for the defense and promotion of their own interests. For that purpose, let us work in such a way that the EU member countries are well coordinated and remain united.

Maurice Gourdault-Montagne is the former Secretary-General of the French Ministry of Foreign Affairs, former French Ambassador in China and member of the MERICS advisory board. The interview was conducted by Kerstin Lohse-Friedrich, Director Communications, MERICS.

This interview first appeared in the July 2 issue of our newsletter "MERICS China Briefing".