At a glance: The Chinese Communist Party Central Committee (CCPCC) and State Council released China’s overarching policy guidelines to peak carbon emissions and reach carbon neutrality. The plan confirms previously announced key targets for 2025 and 2030. The document also establishes a new target to expand non-fossil fuel energy consumption to over 80 percent by 2060. The guidelines cover a wide range of policy initiatives and outline goals such as:

MERICS comment: The guidelines form the central pillar of the policy framework, developed by the Leading Small Group on peak carbon emissions and achieving carbon neutrality. On October 26, the State Council further issued the action plan to peak carbon emissions by 2030. Policymakers see this transition as a crucial tool for industrial transformation and upgrading. The government is moving quickly to modernize energy-intensive industries, as they recognize such sectors are low value-added. For instance, the National Development and Reform Commission (NDRC) released energy efficiency plans for the metal, building materials, petrochemicals and chemical industries.

Bureaucrats at all levels of government now need to prioritize cutting emissions. Officials will be assessed by their ability to meet binding targets to peak carbon dioxide and reach carbon neutrality. Additional pressure on local governments is crucial as they ultimately direct the implementation of policy on the ground. It will be up to them to find the right balance. Excessive zeal resulting in risks to energy security, food supply, or disruption to supply chains will also not be tolerated by the central government.

Beijing regards green technologies as a strategic opportunity to simultaneously pursue environmental and industrial goals. The guidelines list the following green sectors and technologies as strategic emerging industries to be actively promoted:

At a glance: The CCPCC and the State Council issued the National Standardization Development Outline. The 15-year plan builds on previous standardization reforms that have improved business participation in standard setting. China says it wants a more market-driven standardization system but is unwilling to let go of government guidance. By 2025, the government aims to:

MERICS comment: Standardization is a key part of China’s innovation-driven development strategy. China wants scientific breakthroughs to quickly translate into commercial gains and standards. Domestic firms stand to benefit through increased royalty fees and avoid the costly adaption of rival standards. As such, Beijing would rather not leave this process up to chance or market mechanisms.

While leading in areas like 5G and ICT, China still lags behind other advanced economies when it comes to standardization. Only 1.8 percent of international standards are Chinese. Beijing wants to promote standards in specific areas like biotech and AI, as well as industries such as high-speed rail, new energy vehicles and robotics. Multinational companies (MNCs) in these sectors can expect more Chinese funding for basic research, economic competition and standard proposals.

If measures are enforced, MNCs could benefit from greater access to China’s market. In recent years, China has adopted national rather than international standards, a non-tariff barrier that China was able to get away with due to its market size. Now, Chinese firms are eyeing global markets. The ambitious conversion rate target of 85 percent (up from 24 percent in 2019 and 35 percent in 2010) indicates that China aims to avoid decoupling in standard setting, which could create costly lock-in effects and hurt Chinese firms overseas. Legally, MNCs are already equal participants in domestic standard setting. In practice, however, they still face substantial barriers, such as access to information or voting rights.

At a glance: Eight central government agencies, led by the Ministry of Industry and Information Technology (MIIT), released a three-year plan for the construction of Internet of Things (IoT) infrastructure. The policy defines IoT as sensor and communications technology connecting people, machines and objects, which can offer services in the form of information sensing, transmission and processing. The following are listed as key goals for 2023:

MERICS comment: IoT technology falls under the scope of “new infrastructure” such as 5G, 6G, IPv6, big data, etc. China hopes to develop a competitive edge in these areas to accelerate the country’s modernization, boost innovation and productivity, as well as counter the looming challenges of an aging population and rising wages.

Drawing on China’s position as an electronics manufacturing hub, as well as its strong consumer demand, China’s IoT industry has developed in leaps and bounds. It has been estimated that China’s IoT connections account for 30 percent of the global total. Alibaba, Huawei, Xiaomi and Baidu have all rolled out large-scale consumer IoT platforms.

Chinese firms have also established numerous collaboration projects with European firms on IoT technology. Such cooperation is crucial for China's IoT enterprises as many still rely on foreign technology in key areas. Officials are most interested in developing local capacities in areas such as intelligent sensing technologies for multiple sources and massive data access, MEMS sensors and IoT operating systems. Foreign businesses will continue to play an important supplier role as the industry expands.

At a glance: Nine agencies, including the Cyberspace Administration of China and MIIT, published an outline for regulating internet services algorithms. The ministries plan to establish a comprehensive algorithm security governance system by 2023 and propose the following measures:

MERICS comment: Increasing government control over the digital economy and data is a global phenomenon. In China, after the Cybersecurity Law came into effect in 2016 the government accelerated its control. Now, it’s moving faster than other jurisdictions by increasing the scope of regulation to algorithms, which are a set of instructions to accomplish a given task, like a search query. Algorithms and their applications, for instance in AI, have strategic relevance for China’s economy and society. Beijing is now signaling that it is not willing to let companies independently decide how they are used.

The guidelines make clear that companies will be held accountable for the outcomes of their algorithms. This could cause a litany of compliance and liability issues which could affect airlines, manufacturing companies or carmakers. Companies developing autonomous vehicles could find themselves liable for accidents caused by their cars. In addition, there is also the risk of politicization. But it may be the case that authorities use their growing control over algorithms to favor indigenous brands over foreign ones, particularly if the Chinese leadership attempt to exert economic coercion on a particular country.

At a glance: MIIT issued measures to regulate data security in industry and information technologies sectors. The draft supplements the Data Security Law (DSL), which requires enterprises to classify their data, and is the first sector-specific plan providing more details on this process. The draft:

MERICS comment: The measures are part of China’s drive to increase data regulation to reduce data abuse, monopolistic behavior and promote data as a production factor to fuel economic growth. Despite providing new details, the draft’s classification definitions are vague and therefore not very helpful. In its current form, the regulations provide ample room for authorities to independently decide how data ought to be classified. This leaves the data protection system open to rule by, not of, law.

Since the passing of the Cybersecurity Law, companies have known that the cross-border transfer of certain types of data would be difficult. The draft clarifies that for “core data” any transfer will be completely banned. For data classified as “important” a security review will be necessary. This could render some company activities in China, including R&D, obsolete or require companies to decouple their China operations from their global ones. The recording and reporting requirements will also increase compliance costs. Nonetheless, the draft indicates that China, while strictly regulating data, remains supportive of companies using it for economic activities. 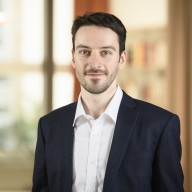 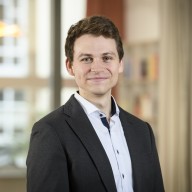