EU-Taiwan relations have strengthened in recent months. In early June, Brussels and Taipei upgraded their Economic Dialogue and several EU countries expanded their bilateral links to Taiwan – this involved mainly states in Central and Eastern Europe, including Czechia, which took over the rotating Presidency of the Council of the European Union for six months at the start of July.

As the EU and the United States have deepened their engagement with Indo-Pacific partners, Beijing has become more insistent in its policy towards Taiwan, notably questioning the status of Taiwan Strait as international waters. Finally, the Russian invasion of Ukraine has thrown Taiwan’s security into an entirely new geopolitical context. Given all this, where are EU-Taiwan relations heading?

What key objectives should the EU set itself in its policy towards Taiwan and how could it best realize them? 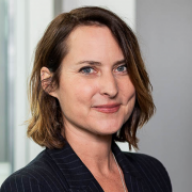 Brussels’ shifting attitude towards Taiwan over the past years is directly related to its deteriorating relationship with Beijing. While remaining within the limits of the “One China” policy, the EU can sustain this trajectory by supporting some of its bolder member states, advancing its interests in maritime security and engaging in contingency planning with regional partners.

Some of the Union’s smaller members, including Lithuania and the Czech Republic, have sought closer ties with Taipei in the past despite backlash from mainland China. As Prague takes up the rotating Presidency of the Council of the EU, chances are the still new Czech government will push for a more proactive European engagement, including regarding a bilateral trade deal. This could be an opportunity for Brussels.

Secondly, the EU should strongly voice its legitimate concerns over the freedom and safety of navigation in the region - including proximity of Taiwan - which is of vital interest for the world’s largest trading bloc and a defender of a rules-based order. Beijing’s contestation of the international status of the Taiwan Strait will have a major effect on regional maritime security and cannot be ignored by extra-regional players.

Finally, Europe could consider discussing contingency planning with its like-minded partners. The opposition of Japan and South Korea to the Russian aggression in Ukraine has shown, among other things, the degree of anxiety over the possibility of an open conflict in East Asia. As the EU vows to step up its security engagement in the region, a more realistic approach to the Taiwan issue may add credibility to its ambition.

Researcher at the Portuguese Institute of International Relations and Asian Studies, Guest Professor at the NOVA University of Lisbon 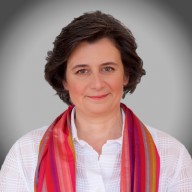 Raquel Vaz Pinto
Researcher at the Portuguese Institute of International Relations and Asian Studies, Guest Professor at the NOVA University of Lisbon

In general terms, the key goals at European level should be to reinforce the reality and perception of Taiwan’s liberal democracy abroad, to develop both commercial and investment-oriented bilateral economic relations in key sectors (like semiconductors and information technology). Channels for sharing intelligence about the domestic situation in the People’s Republic of China should be kept open. And lastly, the participation of Taiwan in international fora such as the WHO needs to be enhanced.

From a Portuguese point of view, these goals are not easy to achieve given the depth and diversification of Chinese investment in the Portuguese economy, the peculiar situation of Macao and China’s presence in Portuguese-speaking countries.

Nevertheless, we have witnessed an evolution in Portuguese foreign policy towards China in recent years. This evolution is in tandem with the European Union’s emphasis on diversification of supply chains, reaching out to other Asian countries such as India, concerns about Huawei's involvement in 5G-licence auctions and controversies surrounding China's acquisitions of the second container terminal at the port of Sines, among others.

There are special factors that shape Portugal’s relationship with China – namely, Macao and the illusions regarding the upholding of the “one country, two systems” (remaining strong among the generation of Portuguese that lived there). But if push came to shove and Beijing toughened its rhetoric or actions towards Taiwan, Lisbon will not stand in the way of a common transatlantic approach or a unified EU stance. 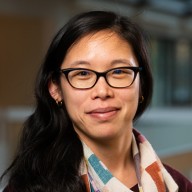 The primary goal of the EU’s policy should be to help Taipei deter China from invading Taiwan’s main territory and offshore islands. The EU could support this goal by working with the US, Japan and other partners invested in ensuring that Taiwan’s political and economic system remains independent from mainland China. This would include unified support for Taiwan’s participation in institutions such as the WHO or for holding “minilaterals” with Taiwan on issues such as cyber-security.

Fears about Chinese retaliation should not stop the EU exploring avenues of cooperation with Taiwan. The EU has considerable room to maneuver to build trust with Taipei. Current relations are transactional and at risk of resulting in mutual disappointment. This has been driven in part by the EU’s great interest in Taiwan’s semiconductors and its inertia about resolving long-standing issues such as bilateral investment agreements.

The EU could also consider communicating its red lines about China’s activities regarding Taiwan, including Beijing’s interference in elections across Europe to increase support for China. In addition, the EU could coordinate its responses to be ready for situations short of conflict – whether, for example, to support Taipei should China invade Pratas, Kinmen or other islands belonging to Taiwan, or should China blockade Taiwan.

Such policies would signal to China the costs of both coercing the EU and invading Taiwan. Some EU member-states are already beginning to consider Taiwan as separate issue from broader China policies. In Sweden, for instance, the Riksdag is considering renaming its Taipei mission “House of Sweden.” Yet such initiatives should be concluded deftly to avoid raising expectations in Taiwan unnecessarily.

The key goal of the EU should be to preserve the status quo in the Taiwan Strait – that is, to sustain Taiwan as an independent, prosperous democratic entity as long as this is what its people want.

Germany will have to play a particularly important role in this context, given its close economic ties with and substantial investments in the People’s Republic of China. Berlin should prepare to come under pressure from Beijing to help advance unification – but also to use the significant leverage it has in mainland China. This leverage will be enhanced by European Union policies that are closely aligned with those of Berlin.

On the other hand, Berlin will continue to be influential in designing and developing the EU’s policies towards China and Taiwan. It needs to do this with a clear, strategic perspective – the relevant passages in the coalition agreement of the present government are a good starting point for this.

To achieve the key goal of preserving the status quo in the Taiwan Strait, the European Union will have to protect and enhance its engagement with Taiwan. It will have to help Taiwan defend itself effectively against military and economic coercion and subversive efforts launched by Beijing in order to advance its agenda of unification.  In its involvement with the PRC, the EU will have to insist that any changes to the status quo in the Taiwan Strait be negotiated without any form of coercion between the two countries.

The EU’s policy towards Taiwan should have three core objectives. First, the EU should support stability in the Taiwan Strait under its Indo-Pacific strategy. Together with like-minded partners, the bloc should continue to voice its commitment to maintaining the status quo. To ensure a unified position, the member states could internally define red lines for the EU’s One China policy and repercussions for crossing them. This would also prevent China from attempting to blur the difference between the EU’s One China policy and Beijing’s One China Principle. The EU should also support Taiwan’s participation in international and “minilateral” fora when inclusion does not amount to recognition of statehood.

Second, the EU needs to secure its interests by ensuring stability of the strategic supply chains and maritime trade routes. The EU’s overdependence on the Taiwanese semiconductor industry, most notably TSMC, should be gradually reduced. It could do this by expanding cooperation with Taipei, which has mulled incentivizing TSMC to build manufacturing capacity on EU soil. The move could build on the enhanced economic dialogue and the launch in 2020 of the EU-Taiwan Investment Forum. The EU could pursue a dedicated agreement in place of the Bilateral Investment Agreement sought by Taipei. The EU should also seek closer exchanges with Taiwan on information operations carried out by Beijing, for which the island is a testing ground.

Finally, as China’s borders and academic environment are increasingly sealed off, even more energy should be devoted to cooperation with the Taiwan Centers for Mandarin Learning and with Taiwanese universities.

Accomplishing these goals will become increasingly challenging. Pressure from China is likely to increase amid expanding military alliances in the region and Beijing’s fears of NATO expansion in the Indo-Pacific. Additionally, the 2024 US presidential election and looming economic turbulence in Europe could create political volatility. Against this backdrop, a united EU stance on engagement with Taiwan will be more critical than ever.