The path to a European perspective on China

Frank N. Pieke plans to build on MERICS' successful first five years as the institute's new director and CEO. The former head of the Leiden Asia Center and the Oxford China Center sees the Communist Party's transformation as the key to understanding China's global rise. At the helm of MERICS, Pieke and his deputy Mikko Huotari want to facilitate more coordinated information-sharing on China in Europe.

The first time Frank Pieke learnt that China was a moving target as a research object was as a PhD student in Beijing. He had arrived in 1988 to investigate how Chinese citizens coped with the contradictions between a rigid political system and China’s market reforms and opening to the outside world.

He soon realized that he had to change his topic. The researcher observed how his peers at the Chinese Academy of Social Sciences became swept up in the 1989 urban protest movement, and he found that people in the streets no longer shunned him as a foreigner but were suddenly willing to speak their minds to him. When he returned to the University of California, Berkeley, he wrote about how the daily frustrations of ordinary Chinese – over cadre privilege, corruption and economic insecurity – had led to the outburst that found a brutal ending on June 4th when tanks rolled into Tiananmen Square.

Knowing what happens in China – and what it means to us

The ability to stand back and observe and to change course when events in China take a sudden turn remains crucial for Pieke three decades down the road. The professor of Modern Chinese Studies at Leiden University in the Netherlands took over as director of the Berlin-based Mercator Institute for China Studies (MERICS) on August 1, 2018. His mission is to keep gathering knowledge about developments in China – and to assess what they mean for Europe.

Since its founding in 2013, the institute has tracked the moving target China through the most recent phase of its development. Pieke and his deputy Mikko Huotari now want to build on this work. They come to their positions with what they call a “complementary perspective.” Pieke, an anthropologist by training, explains his approach as “understanding China on Chinese terms.” My starting point is always to look at what China’s actions mean for Europe and the world,” says Huotari, whose academic background is in the discipline of international political economy. 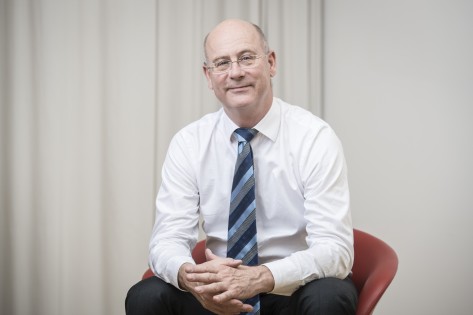 Huotari was part of the original team under founding director Sebastian Heilmann and is proud of what MERICS has achieved. “What is special about MERICS is the speed with which we have positioned the institute in international debates about China with our demand-driven and forward-looking research agenda,” he says. “MERICS made quite a splash,” seconds Pieke. “It was the first think tank in Europe that looked at China comprehensively.”

MERICS’ research priorities reflect the increased demand for information on China in Europe. Huotari’s reports provided a valuable contribution to the understanding of the growing Chinese investment flows to Europe. MERICS researchers dug into China’s industrial policy plan, “Made in China 2025,” and explained its implications to European policymakers and business leaders. They were among the first to analyze China’s implementation of a big-data driven Social Credit System, which rates citizens and companies based on their economic and social transactions.

MERICS also gained a reputation for its clever visual presentation of knowledge. The institute’s maps and graphics on China’s global infrastructure project, the Belt and Road Initiative, have been republished countless times.

Pieke now plans to expand MERICS’ influence beyond the German and Anglo-Saxon discourse on China. In light of growing concerns in Brussels or Berlin over China’s economic and political advances in Central and Eastern Europe, he believes that it is time for more coordinated knowledge sharing about China in Europe. “We have to make other European voices heard,” he says.  In his view, MERICS has a role to play in shaping a common European understanding of China, by overcoming widely held stereotypes about China and analyzing China’s internal contradictions. 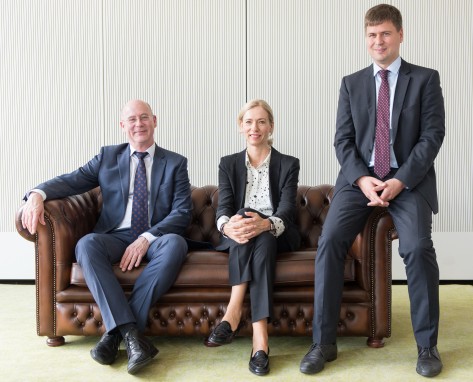 The key to this lies in understanding the Chinese Communist Party (CCP), whose inner workings have been at the center of Pieke’s research. Not only did the CCP survive the crisis of 1989, but after three decades of continued economic growth it acts with more confidence than ever before. “The CCP is a learning organism,” says Pieke, “and its leaders have taken big risks. It turned out that it was not an ossified organization on its way to extinction but quite the opposite.”

After several decades of economic and social liberalization, party and state leader Xi Jinping has centralized power and increased political controls over society. Despite all this, China has become a hub of technological and cultural innovation, and its society remains highly dynamic. “These aspects challenge the Western misperception of the Chinese population as an object of governance,” says Pieke.

At the same time, he warns that Xi may be taking his authoritarian approach one step too far. He views the current centralization of power in the hands of the CCP as a great risk. “The CCP used to be a chess player, but now it has turned itself into a chess piece,” Pieke says. “As they take on a greater role in policy implementation and sideline the government, failure will bounce back to them.”

Pieke also tries to add some nuance to alarmist discussions about China’s alleged ambitions to upset the current global order. “China’s foreign policy is still primarily driven by national interests. China today has more money and a more refined political toolkit, but it has not won the argument in a systemic competition.”

To Pieke, the real danger is that Europe and the rest of the Western world don’t succeed in restoring the consensus in their own societies. “We currently do our best to show ourselves as weak,” he says. And this weakness provides an opening to the chess players in Beijing.