Law making on Behalf of the Party Center

Traditionally, the legislative initiative and law-making process in China was dominated by State Council executive agencies. Since 2015, significant changes have taken place: the Standing Committee of the National People’s Congress (NPCSC) has played a very active role in introducing its own draft bills and in addition has frequently vetoed government-initiated bills.

The China Monitor “Activating the National People’s Congress: Law making on Behalf of the Party Center” by George G. Chen and Matthias Stepan argues that the Chinese Communist Party (CCP) leadership headed by Xi Jinping bolsters this shift in the NPC’s role. The NPC should curb the ineffectiveness of executive bodies in implementing the will of the top leadership, bypassing bureaucratic turf wars among State Council organs, and upholding the authority of the CCP as the governing party. 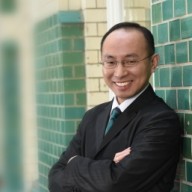