Possible pathways and their likelihood

China’s dangerous debt levels raise the question of how long the credit build-up can continue before triggering a financial crisis. So far, the chances of a sudden panic among market participants, which could lead to such a crisis, are rather slim because the ruling Chinese Communist Party controls nearly every aspect of the financial system. However, the risks should not be underestimated.

Shih concludes that despite the enormous debt load, a domestically triggered crisis is not likely in the next five years. Trouble is more likely to come from some combination of capital flight and sudden withdrawal of external credit.

China’s greatest vulnerability resides in its dwindling foreign exchange reserves and escalating external debt, which one day could trigger a confluence of a massive devaluation of the yuan, external defaults, and sharp asset price depreciation. 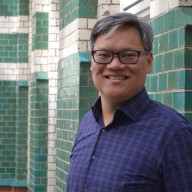