EU and China stand to gain from a ‘greener’ blockchain

China has dealt its domestic crypto-mining industry a fatal blow. Kai von Carnap says the EU needs to use the move’s momentum to work with China on a new ‘green’ blockchain.

Committed to its pledge to reach peak emissions by 2030 and become carbon neutral by 2060, China is phasing out energy-intensive Bitcoin mining, a move that will cut its annual carbon emissions by as much as a small country produces. China, the EU and other members of the international community should use the momentum to kill three birds with one stone: prevent the relocation of China’s Bitcoin producers to other fossil fuel-powered regions, support the development of more sustainable versions of blockchain technology, and strengthen the EU-China partnership through joint research on upgrading their emissions trading schemes (ETS) with new, non-energy intensive blockchain technology.

China’s central and regional authorities want crypto mining gone for good. The industry adds nothing to the economy except for immense energy consumption and CO2 emissions caused by complex computational processes. Between 2015 and 2020, the country hosted around 65% of global crypto mining. Equalling the electricity demand of some of China’s ten largest cities, this posed a threat to the country’s energy supply and emissions-reduction targets. In numbers, China every year had to generate between 81-132 terawatt hours of energy,1 resulting in approximately 37-61 million tonnes (Mt.) of CO2 equivalent emissions.2

Until the forced mining exodus, many provincial cadres had a vested interest in protecting Bitcoin mining in China. Private and state-owned energy suppliers sold subsidized electricity for as little as USD 0.03-0.04 per KWh (a tenth of average European consumer prices). And crypto mines filled the coffers of structurally poor but electricity-rich provinces by paying taxes or giving local officials ownership stakes in crypto-mining operations. These mutually beneficial arrangements supported China’s dominance in crypto mining for a long time, despite environmental concerns and first regulatory steps by Beijing in 2017 and 2019. It was only the flooding of a Xinjiang coal mine in April 2021 and a resulting regional power cut and crash in crypto mining that finally tipped the scales.

But it is crucial to understand that China is clamping down on Bitcoin, not on blockchain technology itself. The Chinese Communist Party supports blockchain development, especially for government services. Among the blockchains it rejects are those that make use of computational effort – and so lots of energy – like Bitcoin. The Bitcoin blockchain creates trust among users and shifts power and responsibility away from a central entity towards myriad participants by giving decision-making power and new Bitcoin units in proportion to the computational power contributed by a participant. The so-called Proof-of-Work (PoW) algorithm rewards honest work and makes fraud very expensive to commit.

With exponentially rising Bitcoin prices, however, mining becomes equally more profitable, leading to an explosion in mining-equipment investments and energy use. Even worse, short equipment life-cycles force mining businesses to plug into constantly available energy sources, which favors fossil fuels over the sun, water and wind. A single Bitcoin transaction has the carbon footprint of 1.7 million VISA transactions3 and there is a growing consensus that PoW algorithms could have a serious impact on global warming. Some experts says they should be phased out and algorithmic alternatives explored further.

So-called green blockchains distribute trust and power among participants not proportionally to their compuational contribution but more energy-efficient concepts like collateral deposits. As both have recognized the negative environmental impact of crypto mines, the field offers a unique opportunity for China and the EU to cooperate. Given the lack of international coordination, the equipment of Chinese crypto mines is already relocating to areas like North America, Mongolia and Kazakhstan. These new host regions could be willing to overlook the climate impact of these moves and focus on the opportunities for new revenues, much as China’s Bitcoin-mining provinces did. Brussels, Beijing and other capitals must work together to prevent the relocation of mining equipment from China – especially to regions in which in fossil fuel-generated electricity abounds.

Secondly, the EU and China have each developed an important policy instrument to combat climate change that could be improved and expanded with blockchain: an operational emissions trading scheme (ETS). By putting a price on greenhouse gases, these schemes give polluters an economic incentive to cut emmissions. The EU and China in 2014 started a dialogue about their trading schemes and concured in 2018 “on the need for an enhanced cooperation between the two largest ETS partners.” Even though a joint project platform was created to foster exchanges about common challenges, encourage research and create broader carbon markets by 2023, this dialogue has produced little concrete results.

The EU and China should use this platform to advance ideas on blockchain adoption to improve their ETSs. The immutable data structures and distributed trust mechanisms of blockchain technology could help cure current ETS weaknesses such as fraud and fragmentation. Auditing, monitoring and verifying the emissions of individual actors would be more reliable if multiple parties share a tamper-resistant consensus protocol – something that would also decrease regulatory uncertainty as well as operating costs.

Both parties could use their expertise and experience to develop a common EU-China blockchain protocol, whose transparent distribution of power and mutually verifiable code could create trust on a political, technological and legal level. Transparency and immutabulity could reduce bureaucracy and enable reliable emission tracking across global supply chains – important for complex industries like vehicle-to-vehicle communication, fashion and transport. A joint blockchain governance structure could avoid competition for leadership, deter cyberattacks and ensure the two systems’ interoperability.4

Instead of impeding China’s or Europe’s net zero-emissions targets through PoW, blockchain technology could expedite them in the form of blockchain-based ETSs. Equally, carbon markets could either be a bridge or barrier for EU-China relations. Combining the two issues would not only be politically elegant and viable, it would also symbolically and practically strengthen a very important partnership in the fight against climate change.

2 | A complex interplay of variables make it difficult to exactly quantify mining-related greenhouse gases. But this calculation is considering the aforementioned lower and upper estimates of TWh and an average carbon intensity for Chinese miners of 711 gCO2eq/kWh, suggested by Hileman and Rauchs (2017). “2017 Global Cryptocurrency Benchmarking Study.” SSRN Electronic Journal. https://doi.org/10.2139/ssrn.2965436. The corresponding emission are estimated between 37,43 and 61 MtCO2eq, or just below 1% of China’s total emissions of 10 GT CO2. However, mining-related emissions but could well be higher, considering results of a recent study in Nature Communications, see Jiang, Li, et. al. (2021). “Policy Assessments for the Carbon Emission Flows and Sustainability of Bitcoin Blockchain Operation in China.” Nature Communications. 12 (1). https://doi.org/10.1038/s41467-021-22256-3.

3 | Or equivalent to watching 130 hours of YouTube. The explanation lies in the design of Proof-of-Work algorithms: the overwhelming majority of computed calculations that PoW requires do not have any effect on the data that is processed in a blockchain. To compute the verification of a single transaction, at least 8.7 quintillion computations, or “hashes” – itself including multiple computational operations – happen to no effect other than being a conceptual “proof” of “work”.

4 | Broadly, the EU, with its ‘cap-and-trade’ system, focuses on capping the quantity of emissions for nations and their companies, the industrial efficiency of emission output is secondary. China’s ETS, on the other hand, incentivizes improved efficiency of coal plants, but foresees no provincial or national limit of overall emissions. Further, China only considers CO2, while the EU also considers N2o and PFC and market prices for certificates vary widely between USD 8 (RMB 50) in China and USD 60 (EUR 50), as of July 2021. 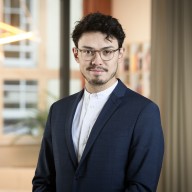