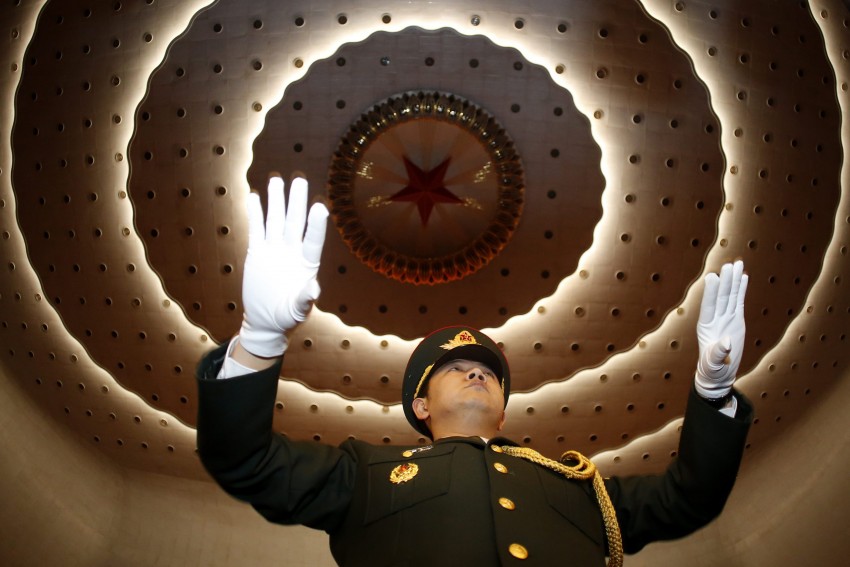 1. Fifth Plenum places innovation at the center of China’s modernization

At a glance: The Central Committee of the Chinese Communist Party (CCP) concluded four days of closed-door plenary meetings during which it discussed and adopted draft proposals for the formulation of the 14th Five-Year Plan (FYP) – China’s national blueprint for economic and social development from 2021 to 2025. The closing communiqué indicated twelve high-level policy priorities for the coming five years. These include:

The communiqué also announced a series of “long-range objectives” for 2035. China is, for instance, to build a modernized economy with per capita GDP at the level of “moderately developed countries” within the next 15 years. Other objectives include significantly increasing China’s economic and technological strength, achieving major breakthroughs in core technologies, and becoming a globally leading nation in innovation.

MERICS comment: Given China’s persistent high-tech development and self-sufficiency drive, it comes as no surprise that innovation featured prominently on the CCP’s list of development priorities. However, it is the first time that a five-year plan will position science and technology independence and self-reliance (科技自立自强) as a “strategic pillar” for national development. This is a strong indicator that China’s tech and industrial policy will stay the course, even amid – or precisely because of – tensions with the US. The inclusion of other buzzwords in the high-level communiqué, such as China’s ambitions to become a manufacturing, cyber and transportation “superpower” with an advanced industrial base, further confirms that China’s leadership is going to continue pursuing its tech-driven industrial upgrading goals.

The communiqué itself did not specify technology areas that will receive priority treatment. The Central Committee’s formal proposal for the formulation of the 14th FYP - published only today – offers slightly more detail. Taken together with extensive signaling in the weeks leading up to the plenum, this indicates that key emerging technologies and ‘new infrastructure’ such as advanced semiconductors, new energy vehicles, 5G and artificial intelligence are slated for special policy support. Quantum technology was already announced as one of the new high-tech areas to feature in the 14th FYP following remarks by Xi Jinping highlighting its importance. It will be interesting to see whether the likely increase in policy support for China-made semiconductors will address concerns voiced recently by regulators about the excessive resource waste that has resulted from companies’ race to become China’s next chip champion.

Explainer: China’s 14th five-year planning process
The plenum communiqué published by the Central Committee only provides a high-level overview of the initial cornerstone priorities of the 14th FYP. More details were announced in the slightly more detailed planning document published on November 3, titled the “Proposals for the Formulation of the 14th Five-Year Plan (2021-2025) for National Economic and Social Development and the Long-Range Objectives Through the Year 2035” (关于制定国民经济和社会发展第十四个五年规划和二〇三五年远景目标的建议). However, the complete 14th FYP document with numerical targets and policy details is only set to be publicly released after its formal approval by the National People’s Congress in March 2021. Subsequently, local governments and individual ministries will issue their own regional-, sector- and issue-specific FYPs, which contain action plans for policy implementation. One particularly interesting plan to watch will be the FYP for national science and tech innovation. The Ministry of Science and Technology (MOST) has recently called for research contributions on major issues that should inform the plan. This suggests that additional policy support for domestic innovation is in the cards.

At a glance: China’s top legislative body, the National People’s Congress Standing Committee (NPCSC), reviewed and approved a series of significant national laws during a session held from October 13 to 17. Some of the most noteworthy outcomes of the meeting include:

MERICS comment: The laws have significant ramifications for Europe. Vague wording in both the Export Control Law and the draft Personal Information Protection Law open the door to sweeping retaliation measures against foreign companies and countries. The former cites harm done to China’s “national security and interests,” while the latter cites “discriminatory” measures taken against China concerning personal data as examples of legislative violations that warrant retaliation. On a more practical level, European firms with extensive operations in China, especially in R&D, will likely face additional compliance hurdles. These could include novel license requirements and security review procedures related to exporting goods, technologies and services, as well as collecting, processing and transferring personal information.

The revision of the Patent Law, on the other hand, promises to be a welcome development for European companies, which have long faced patent infringement issues in China. It raises the mandated pay compensation for patent violations to up to CNY 5 million (ca. EUR 630,000) and establishes an early resolution mechanism for pharmaceutical patent disputes. The law is another sign that Beijing may finally be getting serious about IP rights issues – not least because protecting IP rights is a crucial prerequisite for translating R&D breakthroughs into marketable solutions and thus enabling China’s innovation-driven development.

At a glance: The Central Committee of the CCP and the State Council issued a plan for pilot reforms in Shenzhen. The plan advances the implementation of the pioneering pilot area for “socialism with Chinese characteristics” - first announced in August last year - and sets out goals for 2020, 2022 and 2025. It proposes a series of measures to promote, for instance:

The plan works towards achieving greater market-orientation in a more open, rules-based and innovation-friendly business environment (think: better IPR protection). Ticking one of the 2020 goals off the list, the National Development and Reform Commission (NDRC) has already announced the first 40 focus areas for reforms, including simplifying business registrations in particularly innovative industries and setting up a fund to promote mixed ownerships in the civil aviation industry. Details on how exactly to proceed with the touted reforms, however, are missing.

MERICS comment: The implementation plan grants more authority to local cadres in the hope of reviving the experimental spirit that drove China’s economic miracle in the early 1980s. Shenzhen has been pushed as China’s reform pioneer for several decades. It represents the country’s flagship model of rapid industrial development – from a manufacturing center to a high-tech hub with international allure. The release of the document coincides with the 40th anniversary celebration of the Shenzhen Special Economic Zone (SEZ), as part of which President Xi Jinping embarked on a three-day southern tour. Xi lauded Shenzhen’s success story and,  once more, stressed the importance of self-dependent innovation.

Xi’s trip and remarks also lend stronger support to the development of a unified Greater Bay Area – spanning Guangdong, Shenzhen, Hong Kong and Macau. However, it remains to be seen whether the renewed focus on Shenzhen will translate into a back seat for other economic pivots in the region such as Hong Kong. It is also questionable whether the reform efforts will satisfy foreign actors. Irrespective of any reformist intentions envisioning a greater role for market forces, the new plan corroborates the overarching party-state control over China’s economy. It thus threatens to suffocate the creative leeway that the Chinese leadership initially granted Shenzhen and that formed the basis of the SEZ’s strength. 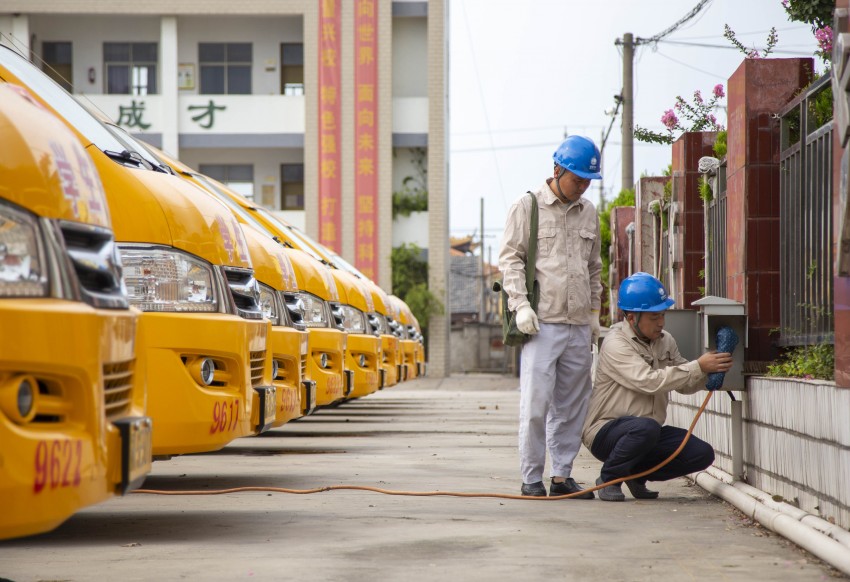 At a glance: On October 9, the State Council executive meeting passed a major development plan for the upcoming 15 years of China’s new energy vehicle (NEV) industry. It is a revision of last year’s draft that pushes for an increase of NEV market shares as part of China’s green industrial upgrade. The updated plan has not yet been released. However, the meeting hinted at two major adaptations:

There are no indications so far that the ambitious goals of having NEVs and intelligent-connected vehicles (ICVs) account for 25 percent and 30 percent of new vehicle sales by 2025, respectively, as stated in the draft have changed. The same goes for the pledge of greater support for fuel cell vehicles, focusing on R&D in hydrogen production, storage and transportation.

MERICS comment: It was high time for the adoption of the NEV Development Plan. A rapid yet quality-focused expansion of the industry will be crucial for China to reach the ambitious goal of carbon neutrality by 2060 and reduce its dependence on fossil fuel imports. The new plan highlights the importance of hydrogen – a technology that was barely mentioned in the previous NEV plan for 2012-2020 – and is in line with Beijing’s recent measures in support of the domestic fuel cell industry.

However, such innovative NEV developments have not yet taken off. Though China says it wants to “lead the transformation of the global automobile industry,” it still has weaknesses in NEV core technologies and sluggish infrastructure construction. Li Yizhong, former minister of the Ministry of Industry and Information Technology (MIIT), pointed out that China needs to formulate a proper hydrogen strategy to keep up with international developments and realize “green hydrogen” (绿色氢能). The “Energy-Saving and NEV Technology Roadmap 2.0” released on October 27 envisions greater autonomy and leadership in core technologies and an even more aspiring 50 percent market share for NEV sales by 2035. Given that NEVs accounted for less than 5 percent of car sales in 2019, however, it seems unlikely that China will reach its ambitious market share goals.

Climate Club idea needs adjustment if China is to be involved