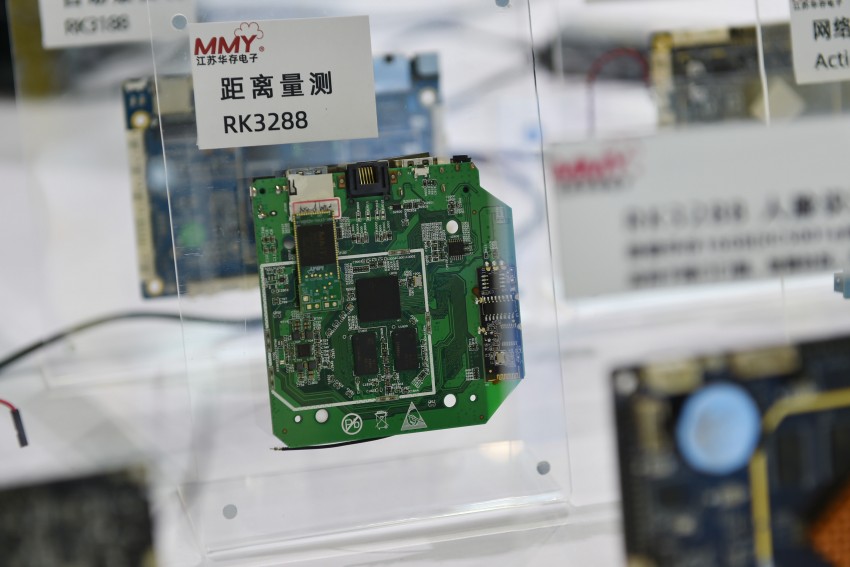 At a glance: China’s top leaders launched a renewed push to drive forward indigenous innovation, delivering major speeches to scientists and corporate audiences across the country:

In addition, the head of the Chinese Academy of Sciences, Bai Chunli, said during a State Council press conference that over the next decade the academy would conduct targeted R&D on key technologies where China relies on US imports.

MERICS comment: The intensification of Beijing’s focus on tech breakthroughs comes amid increased US measures to cut off Chinese tech companies from US suppliers. The speeches were accompanied by new policy documents, adding credibility to the high-level rhetoric. On September 11, several ministries issued new guiding opinions on expanding investment in eight strategic emerging industries (SEIs), including 5G, new energy vehicles and biotech. The concept of SEIs is not new -  it was first codified in a State Council document in 2010 and reinforced through the 13th Five-Year Plan for SEIs. Yet the document’s detailed list of tech prioritized for investment suggest a renewed focus on addressing China’s self-reliance “choke points” that is here to stay. The software and chip industries are major focus areas, as also evident in dedicated policy support announced in August.

Private sector investment is key to the government’s goals of advancing breakthroughs in SEIs. Beijing’s policy signaling, along with rallying speeches by China’s leadership, are already translating into private sector action. Stocks in Chinese integrated circuit (IC) firms have skyrocketed and nearly ten thousand Chinese companies reportedly changed their business scope to include IC-related business over the past 12 months. Meanwhile, a group of former tech executives from tech giants such as Huawei announced plans to launch a ‘domestic replacement’ fund by the end of the year that would invest in start-ups specializing in semiconductors, 5G, AI and other crucial technologies. Yet frenzied investments in semiconductor projects have long resulted in – and will likely continue to lead to – bankruptcies, abandoned projects and great local inefficiencies along the way.

2. China changes tack to advance the industrialization of hydrogen vehicles

At a glance: The Ministry of Finance (MOF) and four other government departments issued a notice that adjusts the government’s support measures for hydrogen fuel cell vehicles. The four-year program replaces existing vehicle purchase subsidies with financial rewards for the industrialization of core fuel cell technologies. It aims to:

The ministries will select eligible city clusters from applications filed by mid-November, with local governments using reward funds to support technology developers. The funds will be allocated based on performance evaluations.

MERICS comment: This program represents a significant step in the government’s acceleration of the development of China’s domestic fuel cell vehicle industry. It builds on a policy document from April that called for the improvement of financial subsidies for new energy vehicles, and marks a change in approach: Instead of subsidizing consumers, it provides merit-based incentives for fuel cell companies to develop, test and bring to market key fuel cell technologies.

The program is targeted and local – it hopes to leverage the innovative capabilities of city clusters. In September, Beijing issued its own five-year development plan for hydrogen vehicles, which states its aim to establish ten leading hydrogen vehicle manufacturers by 2025. Technically, foreign companies are not excluded from the national reward program, but the document clearly outlines state ambitions to create a “domestic cycle” for the fuel cell vehicle that avoids reliance on inputs from foreign companies.

At a glance: The State Council has issued a master plan for the establishment of three new pilot free trade zones (FTZs) with different areas of focus:

The plan also announced the expansion of Zhejiang’s existing pilot FTZ, calling for the establishment of Ningbo as an international shipping hub as well as the construction of new facilities for the stockpiling of energy and agricultural products. For Zhejiang, it specified goals for 2025 and 2035, by which point the zone is to have become a new type of international trade center.

MERICS comment: This brings China’s total number of pilot FTZs to 21. In the context of an increasingly unstable external environment, they mark an attempt to boost trade and investment and strengthen regional links, both within China and with alternative trading partners.

All pilot FTZs increasingly focus on boosting innovation and attracting high-end tech talent. The Beijing pilot FTZ, announced by Xi Jinping on September 4 and detailed in a work plan, lists the goal of creating concentrated clusters for venture capital investment, digital trade, and innovative services. In September Hainan also issued a new plan to attract overseas talent to its Free Trade Port, alongside concrete criteria for the identification of top-notch foreign talent. European companies may be able to benefit from favorable local FTZ policies but should keep in mind China’s poor track-record of not walking the talk when it comes to market opening and genuinely free trade in its FTZs. 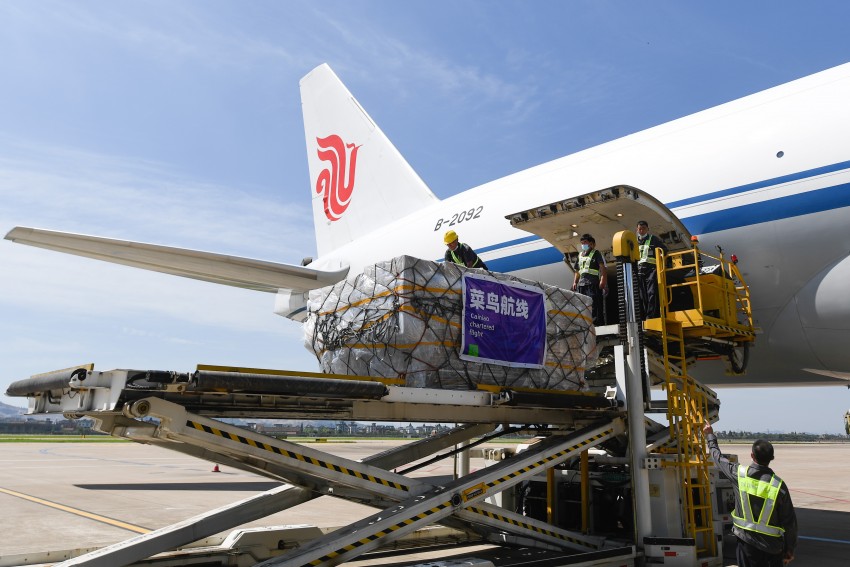 At a glance: The National Development and Reform Commission (NDRC) and the Civil Aviation Administration of China (CAAC) have issued Opinions on how to promote the development of China’s air cargo transportation facilities. With a view to stabilizing industry and supply chains, the document sets two milestone years:

The Opinions also call for the coordinated development of passenger transportation via airplanes. However, the government sees air cargo in particular as an important national strategic resource with high value added. Smooth air transportation is not only key for express deliveries but also for quick responses in case of an emergency.

MERICS comment: A stable transportation network is crucial for the revival and growth of China’s economy. On September 9, the NDRC and 13 other government bodies issued an implementation plan for deeper integration of logistics with manufacturing to boost China’s real economy. Xi Jinping has stressed that building a modern logistics system is key to implementing China’s dual circulation (双循环) development strategy – an initiative propagated by the Chinese leadership since May that gives precedence to the domestic cycle of production and consumption (inner circulation) over its connections with the global market (international circulation). More investments in China’s logistics infrastructure can be expected in the near future, opening up business opportunities for foreign companies, too.

5. The CCP tightens its grip on the private economy

At a glance: The Central Committee of the Chinese Communist Party (CCP) published guidelines on how to better align the private economy with party goals through the work of the United Front (统一战线), an umbrella organization that assists the CCP by increasing party influence and co-opting relevant groups in China and abroad. Amongst others, the Chinese leadership calls for:

The document aims to strengthen party leadership in times when China’s growing private economy is encountering new “challenges” such as a more diverse set of values, interests and demands of private entrepreneurs. President Xi, too, endorsed greater CCP guidance of the private economy.

MERICS comment: The United Front recently made headlines because of its orchestrated effort to  provide China with Personal Protective Equipment (PPE) supplies from abroad to battle the domestic Covid-19 outbreak. It is one of Beijing’s primary vehicles for bringing non-party members in line with CCP goals. With no relevant details given in the guidelines, the work order for the United Front likely extends to both Chinese and foreign private enterprises and their personnel alike. The document marks the latest move that calls into question how independently private companies can operate in China and how “private” Chinese companies really are. After all, Beijing expects them to contribute to national strategic goals such as greater self-sufficiency and tech leadership. Foreign companies should brace for more active party cells interfering with their business operations. The message is clear: in Xi’s China, the party leads on everything.