Presenting the latest MERICS Paper on China: The CCP's next century

As it approaches its 100th anniversary in July, the Chinese Communist Party (CCP) appears stronger and more confident than ever. The leadership in Beijing is convinced that its own governance model is superior to Western democratic models. Recent tensions over human rights and trade issues have highlighted that European actors need to find ways to deal with an increasingly assertive China under CCP-rule.

In the latest MERICS Paper on China “The CCP's next century: expanding economic control, digital governance and national security” our experts cover three key aspects of CCP governance: the integration of the economy under politics, the role of digitalization and the new foreign policy paradigm that puts China’s national security first.

In this web seminar the authors presented their analysis and were joined by seasoned China experts for an inspiring discussion.

The 90-minute event was divided into three brief sessions.

Each session was followed by a short Q&A. To wrap it up, Mikko Huotari, Executive Director, MERICS and the commentators discussed the implications of China’s increasingly assertive engagement in systemic competition and answer questions from the audience. Claudia Wessling, Director Communication and Publications at MERICS, moderated the event. 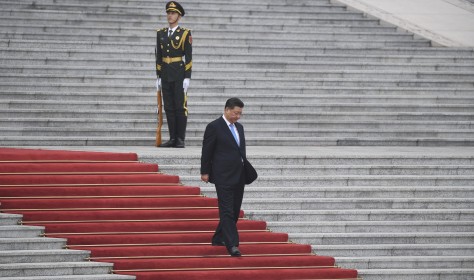 The CCP at 100
Party and State