“The Communist Party has been strengthened by the pandemic”

In this interview Jane Duckett, Edward Caird Chair of Politics and Director of the Scottish Centre for China Research at the University of Glasgow, talks about the Chinese Communist Party’s (CCP) handling of the Covid-19 pandemic. She is an expert on Chinese public policy and health policy. Questions by Claudia Wessling, Director Communications and Publications, MERICS 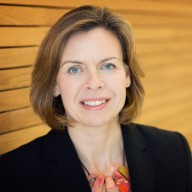 You are looking at Chinese containment measures in the pandemic. What have you discovered?

We looked at the early period of the Covid-19 crisis from January to April 2020. The CCP played a significant role in fighting Covid-19. The authorities soon decided the pandemic was a battle and demanded a battlefield approach. There were two fronts: the hospitals and the need to raise their treatment capacity, and the communities. The party established control at the top and created centralized mechanisms to direct the fight against the pandemic and to control and respond to events right down into the localities. The CCP created a Central Leading Group to devise policy responses at the national level. It met roughly every three days from late January into April at least and that was replicated in different localities. It rolled out a system of widespread testing, stringent door-to-door checks and proactive, centralized isolation in what became a “zero tolerance” approach to Covid-19 aimed at eradicating cases completely. It moved from telling people to just stay at home to isolating them as soon as it was known they had been in contact with Covid cases or had symptoms but had not yet tested positive. Party members played a crucial role in this community-level response.

Was the government’s response discussed on social media? Did its image improve?

It seems to have done so. The low point was when Dr Li Wenliang, a medic in Wuhan who was the early Covid whistleblower on the internet, died from Covid in February. Social media in China was very critical. But the Communist Party’s great advantage is that it can control narratives across the traditional media. It was also able to respond to some of the population’s concerns. For example, the relatives of some vulnerable young people were isolated, and those young people were left without support. So, the government issued orders for better care of people in the community.

The CCP also set about controlling the narrative. Government officials were ordered to emphasize health workers’ heroic acts in a collective fight. As cases in China started to fall in February and those in other countries began to rise rapidly, the CCP developed another narrative – that China had done well, and Western countries were handling the pandemic badly. The party used the opportunity to strengthen the message that the Chinese system was better and that saving lives – not freedom – was its priority. It was able to turn the narrative away from the initial widespread criticism and into more positive themes for the regime.

Do these strategies offer any lessons in terms of which system is more resilient in a pandemic?

Most Western governments could have acted much more quickly. The Chinese party-state was criticized for not acting quickly in the early stages of the pandemic, but when it acted, it did so decisively. This demonstrated that some of the traditional tools of the Chinese authoritarian system – the mobilization of people, the ability to enforce measures – can be a real help, though those sorts of tools are probably not going to be tolerated in a democratic society.

But the pandemic is not over. Something that we have not focused on is vaccines. China is behind on this front and that threatens its longer-term recovery. Economies will need good vaccine programs to recover. It will be some time before we can judge which countries have handled the pandemic best. Overall, I think the Communist Party so far has been strengthened by it. It probably will roll out a reasonable vaccine program, but may struggle to re-open the country without relaxing its “zero tolerance” approach to Covid-19.

Maria Repnikova on China’s media: “an increase in sophistication of control and adaptability”