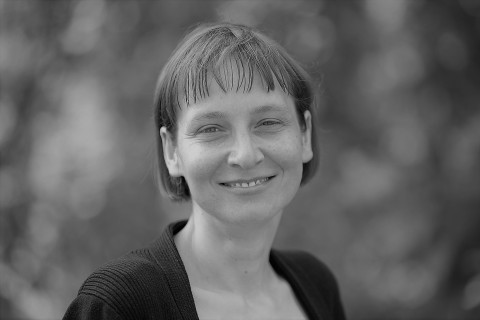 MERICS China Briefing spoke with Eva Pils, Professor of Law at King’s College London and Affiliate Researcher at the NYU US-Asia Law Institute, about the recent disqualification of members of Hong Kong’s Legislative Council and what this means for the future of Hong Kong’s judicial system.

Beijing recently disqualified four members of Hong Kong’s Legislative Council by directive. How solid are the legal grounds for this step?

The legal grounds for this step are extremely shaky, in my view, but I fear that the central authorities are already taking further steps to pre-empt the possibility of judicial review.

Hong Kong’s Basic Law has clear rules on Legislative Council membership, including on the procedure for disqualification. These rules are part of a system that enshrines a high degree of autonomy from the mainland Chinese system, allowing the application only of a specified set of mainland laws in Hong Kong, and giving limited powers to the National People’s Congress Standing Committee to issue an interpretation of the Basic Law.

In the past, the mainland authorities have made controversial use of these mechanisms – most recently by imposing the highly problematic Law on Safeguarding National Security in Hong Kong – but this time, the mainland authorities are not even pretending to rely on these Basic Law provisions. Instead, the National People’s Congress Standing Committee simply decreed that the four legislators were to be disqualified and directly cited the Articles 52, 54, and 67(1) of the Constitution of the People’s Republic of China as legal basis, in addition to the Basic Law and the National Security Law. Most problematically, the PRC constitutional provisions cited suggest that Hong Kong citizens “have the duty to safeguard the security, honor, and interests of the motherland and must not commit acts detrimental to the security, honor, and interests of the motherland” (Article 54). This flies in the face of the civil rights of Hong Kongers enshrined in the Basic Law, as well as international human rights law, and it contravenes China’s undertaking to safeguard the rule of law in Hong Kong, made in its treaty with the UK.

In theory, there might – indeed, ought – to be pushback through the Hong Kong courts if the disqualified legislators seek a judicial review of the decision to oust them. However, the National People’s Congress Standing Committee is understood to be already in the process of limiting Hong Kong courts’ judicial review powers, and one of the NPCSC’s members is reported to have stated, oddly, that the four disqualified legislators might “apply” for judicial review but that the courts might not process their cases.

How is the Hong Kong judicial system dealing with the challenge of reconciling the new National Security Law and upholding rights and liberties guaranteed by the Basic Law?

Up until now, there has only been a limited number of cases to which the National Security Law has directly applied. Most cases of civic protest have been dealt with under pre-existing laws, which have justified judicial decisions to acquit protesters standing accused, to grant them bail, or to issue sentences considered unduly “lenient” by Beijing-friendly commentators.

The application of the National Security Law has in most cases not progressed beyond the initial stages of arrests, including some high-profile ones. Immediately after it came into effect, the police relied on it to arrest protesters, and the government insinuated that using the famous slogan “Liberate Hong Kong, Revolution of our Time” violated the Law’s criminal provisions. In October, the first person was charged under the NSL; they were denied bail, pleaded not guilty, and are yet to stand trial.

What is worrying about the National Security Law is that it specifically envisions the appointment of judges by the Chief Executive in consultation with the Committee for Safeguarding National Security, a body that will ensure Beijing’s wishes determine who is selected. Even worse, certain cases can be transferred to the mainland to be dealt with there – as in the case of twelve Hong Kongers captured at sea and taken to the mainland, where they are being denied basic fair trial rights. All this bodes ill for anyone’s chances of receiving a fair trial if they are suspected of violations under the National Security Law.

This interview is part of the November 26 issue of MERICS China Briefing.