Hong Kong: In the worst case, Europeans will vote with their feet

MERICS Interview with Jörg Wuttke, President of the EU Chamber in China, on developments surrounding the National People’s Congress. 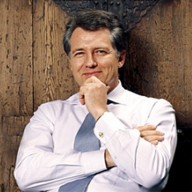 In his working report last Friday Chinese Prime Minister Li Keqiang did not formulate a growth target for 2020. How do you interpret this signal? How do you expect China's economy to develop this year?

Since the economy contracted by 6.8% in the first quarter, it was difficult this time for the Chinese government to set a target for GDP. Growth is unlikely to be the regime's top priority this year anyway, as other factors – such as problems in the labor market and in supply chains – could pose a greater threat to political stability. In order to support social welfare, you do not need an official growth target. It is therefore not a problem if President Xi Jinping dispenses with a target once, especially as he has been playing down the importance of the GDP target for years. Xi is a great advocate of “high-quality economic development”.

In the manufacturing sector, the comeback has been stronger than expected. The German automotive industry and chemical producers are recording higher sales figures in some cases than in May 2019. The service sector, on the other hand, is suffering enormously – hotels, airports and tourist destinations are largely empty. It will be a long time before normality returns there. What worries me most is the dip in demand. Around 100 million Chinese have lost their jobs in the wake of the corona crisis.

To what extent do you see the position of private companies as being strengthened in competition with state companies?

The NPC has just highlighted the role of small and medium-sized enterprises. Several programs have been launched. But experience tells me that in crises it is always the state-owned companies that are the winners. Their proximity to subsidies and the simple fact that they can never go bankrupt, are all reasons for them to be confident. I believe that the innovative part of the economy, private enterprise, will come out of the crisis worse.

What concrete steps need to be taken before the Chinese market can, as promised, be opened up to foreign companies?

The EU Chamber will present its new annual position paperin September. It is 400 pages long and includes some 800 detailed proposals. We would be happy if ten percent of them were to be implemented. Normally it is less than five percent. Above all we need a signed investment agreement between the EU and China. Seven years of negotiations and 28 meetings are enough. We want to see action. Chancellor Angela Merkel has created the platform for this with the EU-China Summit in Leipzig in mid-September. Will the agreement be concluded? Unfortunately not with the current political climate in Beijing.

"We need a signed investment agreement between the EU and China. Seven years of negotiations and 28 meetings are enough - we want to see action."

How do you evaluate the National Security Review and the Unreliable Entity List, both of which are important for the opening up?

We will have to see how China handles this. To a few companies, it looks like a sword of Damocles, but I don't see any concern about it in the Chamber.

The National People’s Congress has set in motion the legislative process for a new security law for Hong Kong. The law is expected to be introduced as early as August and is likely to significantly erode the autonomy of the former Crown colony. To what extent do you fear that this will change Hong Kong's status as an international center of finance and trade?

Foreign companies have always appreciated Hong Kong's extensive freedoms, autonomy and transparency which have been afforded it under the “one country, two systems” banner. The independence of the judiciary, the fundamental freedoms and rights of Hong Kong citizens – for example the freedom of the press, freedom of expression and freedom of assembly – have always been cornerstones of the city’s success, which is unique in Asia. The free movement of goods and finance has been one of the many factors behind Hong Kong's economic success and a reason why it attracts European business. Any attempts to challenge the "one country, two systems" concept are viewed with great concern by the international business community. The future of the "Asian metropolis" is at stake.

Is Hong Kong being let down by the EU and the international community?

No, because EU companies have all remained in Hong Kong. The city is unique in its efficiency – there is no equivalent anywhere in China. And the local Chamber of Commerce there communicates this very clearly. But European investors can only exert a certain degree of influence in the current situation. China has a thick skin. In the worst case, Europeans will vote with their feet.

Foreign Minister, Wang Yi, accused the United States, on the sidelines of the NPC, of bringing relations between the two countries “to the brink of a new Cold War”. What does the escalation of the conflict mean for relations between China and Europe?

For Beijing, the key question is how European states are going to behave. So far, the major European economies have shown no willingness to follow the United States, despite all the efforts of the US administration to build an anti-Chinese technology coalition. For example, the United Kingdom and Germany have not yet decided to exclude Chinese companies like Huawei from the 5G market. The United States will have to risk a further deterioration in transatlantic relations in order to persuade EU states to take their line on Chinese technology.

This interview was published in the current issue of the MERICS Update (May 28th issue).