Maria Repnikova on China’s media: “an increase in sophistication of control and adaptability”

Maria Repnikova is an Assistant Professor in Global Communication at Georgia State University. As part of our series about the Chinese Communist Party (CCP) at 100, MERICS talked to her about how China’s media landscape has changed, how the CCP is trying to address a global audience and how Chinese journalists navigate an increasingly fraught working environment. 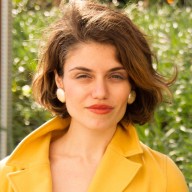 How has Xi Jinping changed the party-state’s interaction with media?

Control has been expanded significantly in different areas – from internet governance to traditional media and ideology. Under Xi, we have seen an increase in the sophistication of control and in adaptability when it comes to persuasion and propaganda. Discussions in Western media and policy communities often focus on censorship and surveillance, but in parallel the party has adapted how it engages with messaging. It uses social media and messaging in a much more creative, playful, emotional way. It has shifted from ideology to a more creative engagement that can even conceal its own involvement.

Some people imagine China’s media landscape to be monolithic and dominated by party-owned companies. But over the last 20 years there has been a diversification of outlets, with the party loosening subsidies and allowing some competition and advertising. That has led to new semi-commercial outlets that coexist with party-owned ones – though the party still owns a majority stake in these younger players. We have also seen a rise in the number of citizen journalists and individual voices. Their reporting is often more accurate and livelier. During the pandemic, citizen journalists covered the lockdown, medical-equipment shortages and other community issues. Then there are the social media platforms, but they are not independent either. They are private companies that have been coopted by the party – loyal gatekeepers when it comes to political content.

How do journalists navigate these proliferating red lines?

Journalists playing a constructive role in society is an important idea, one that appears in how China presents itself abroad, especially in the developing world. When it comes to navigating red lines, one of the techniques journalists have been using is alignment with the party's agenda. During the anti-corruption campaign, a lot of journalists from semi-commercial or more critical outlets took up the agenda already being pushed by the party, making their reporting less sensitive. They investigated officials already under investigation.

Also, reporting often offers solutions. During the pandemic in Wuhan, news reports featured critical voices, but often ended with suggestions about how to improve the legal system, accountability or medical care. There is a spirit of moving forward, not looking back. Lastly, the media and the party keep a close eye on social media trends. Media outlets are often savvier, honing in on topics that are rousing interest and trying to cover them before the party has developed an interest of its own.

How good is the CCP at internationalizing the “China story”?

There are several points of friction with this kind of messaging attempt. First, the constructive reporting approach is not really appealing, especially to Western audiences, because it tells a story that's mainly positive and so appears not credible. The second friction is that there are two audiences, one international, one domestic. The aggressive Twitter rhetoric of “Wolf Warrior” diplomats has a more domestic orientation, but it interferes with global audiences. On the positive side, Chinese media are adapting. Media outlets are hiring local reporters and producers – as can be seen in CGTN offices in Nairobi or London, but also in those of China Daily and the Xinhua news agency. These media companies are hiring local talent and over time these journalists could well end up telling stories somewhat differently – if they’re given the space to do so.