Joseph Odindo, a journalism lecturer at Kenya’s Graduate School of Media and Communication at Aga Khan University, answers questions on China’s influence on African media. He is the former editorial head of the Nation Media Group and of the Standard Media Group in Nairobi. 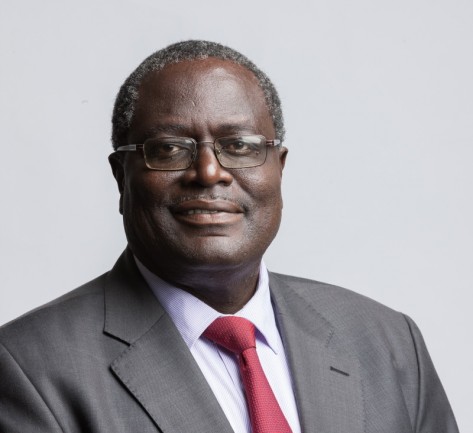 How has China’s influence changed the media landscape in Kenya, and Africa generally?

China’s influence has not significantly changed the media landscape across the continent, not even in client states such as Kenya. However, Chinese media outlets are more noticeable today than ten years ago. It is doubtful that the dramatic expansion in print and broadcast in markets such as Kenya and South Africa have produced a commensurate growth in audiences or preference for their media content.

In Kenya, the television news channel CGTN shook the media labor market by poaching prominent journalists from major employers like the Nation Media Group. They were obviously offered higher salaries than the market average. It also created close to 70 new jobs in an industry that was experiencing little growth. But Chinese players have had little influence on the way journalism is practiced. They certainly give more prominence to China-related stories of local interest, but the liberal traditions of Kenya’s media – which robustly holds the government to account – are still dominant.

Many of China’s media programs and investments will yield results in the long term rather than the short term. Dozens of journalists have been flown to China on one-month “training” programs or two-week cultural-exchange visits. Xinhua, the Chinese new agency, now has the largest foreign correspondent network across Africa, giving it access to excusive grassroots stories. In Kenya, an African edition of China Daily appears regularly on the streets, while CGTN, the television service, is beginning to get noticed – albeit slowly – for its robust news bulletins and engaging documentaries.

Is China pursuing a coherent strategy to deepen engagement in the African media scene?

In the five years after 2000, when China began its push into Africa’s media industry, there seemed to be no coherent strategy to win influence and bolster the country’s media engagement. Initiatives were mainly pushed by individual Chinese representatives, such as the Xinhua Chief in Nairobi, who cultivated friendships with editors and prominent columnists. Through his efforts, for instance, the Nation Media Group was persuaded to accept a satellite dish to receive news and TV footage about China as a way of countering the company’s decades-old affinity to western news agencies.

In the past decade, the assault has become aggressive, methodical and well-funded. Dedicated officials were posted to Nairobi and were so keen that, at one stage, they offered to buy shares in the Standard Media Group, the country’s oldest media company, on learning it was trying to raise funds for a recapitalization. They exploited the poor financial health of local media, the result of digital disruption, and directed lavish ad spend at media outlets willing to give China sympathetic coverage.

What reaction would you hope to see from Europe and the USA in the face of these trends?

The EU and the USA should step up their professional training partnerships with local media, especially with programs that fill real skills gaps in the industry. They should enable local newsroom operatives to learn from EU and US media enterprises that have transformed their newsrooms and succeeded with new business models. Secondly, they should help with direct technical support to local media struggling to survive the digital disruption. Many of these see the need to reinvent themselves, but lack the knowledge, financial muscle and leadership resources to make this vital transition.

This interview was first published in the January 28, 2021 issue of MERICS China Briefing.