Reinhard Bütikofer: "We are learning to avoid being enchanted by ‘win-win’ rhetoric.”

MERICS China Briefing spoke with Reinhard Bütikofer, member of the European Parliament, member of the Greens/European Free Alliance Parliamentary Group, chairman of the Delegation for Relations with the People's Republic of China (D-CN), member of the Committee on Foreign Affairs (AFET). 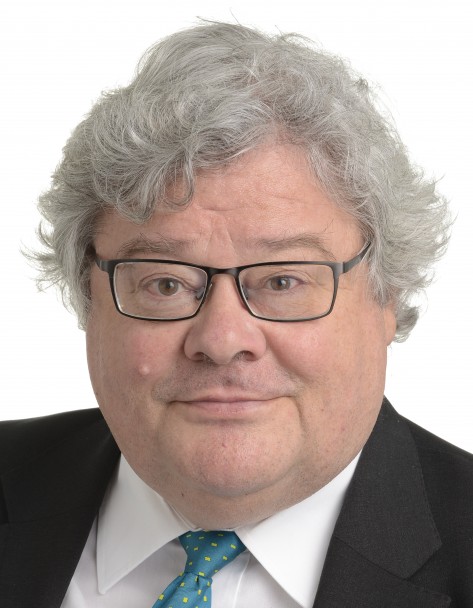 Berlin wants to repoint China relations. What will Monday’s high-level video conference with the EU and Chinese leadership bring?

The German government wanted to steer developments and now finds it’s been overtaken by them in some areas. The softly-softly approach that used to be quite popular in Berlin will not do anymore. I’m pleased that German Foreign Minister Heiko Maas has discovered a new tone – for example, when Chinese Foreign Minister Wang Yi visited Berlin, he stood in solidarity with the Czech Republic after Wang denounced the Czech Senate President’s visit with his delegation to Taiwan.

The question remains whether Beijing heeds our words if the overwhelming impression in the Chinese capital is that there is nothing to fear beyond verbal criticism. A strong signal of being willing to go further, for example, would come if Germany uses its EU Council Presidency to finalize an EU sanctions mechanism against human rights violations. For the video-conference with Xi Jinping next Monday, the investment agreement is high on the agenda. European Commission President Ursula von der Leyen and EU Council President Charles Michel have to make sure the EU resolutely sticks to its demands. They cannot allow German Chancellor Angela Merkel to push them into weakening our European position. That is my measure of success.

What does Europe have to watch in talks on the European-Chinese investment agreement?

I’m critical of the negotiations at this point. Our ideas are focused on better market access, including in telecommunications, fair competition with China's state-owned companies, and a robust section about sustainability. There have been no breakthroughs on any of these three fronts. But the enforceability of agreements is the real crux. That means we cannot be satisfied with mere paper promises.

I don't know whether Wang Yi really intended to go on a charm offensive. I got the impression that his visit was meant to teach various capitals that Chinese bluster, pressure and threats are becoming the norm – bullying as the new normal. Given that, we Europeans have really not yet sufficiently closed ranks. But even in the future Europe will not have a totally unified China policy – different national interests won’t just disappear into thin air. But EU members are now working together much more closely in some areas than just a few years ago, jointly fighting Chinese price dumping and unfair subsidies, demanding reciprocity in public tenders, showing their concern for the security implications of sensitive investments. We are learning to avoid being enchanted by ‘win-win’ rhetoric and to make sure that the cooperative relationship we’re seeking will not weaken us in the systemic rivalry with the People's Republic. There is still too much wishful thinking on our side. Take climate protection, for example. I often hear that China is an indispensable partner – indispensable, yes, but partner, no. In Beijing, climate policy is at best moving sideways. We can only make progress by speaking plainly.

Does the EU need a new China policy? What can Germany do to promote more unanimity?

In spring 2019, the EU rightly adopted a more careful attitude to the People's Republic. So there is no need to reinvent the policy. But implementation is proving tough because it is so fragmented. As the country with the closest relations with China, Germany could play on an extremely helpful role in this regard. But Berlin would first have to pay more attention to subsuming German China policy to a European one. To put it bluntly, as long as we have to worry that the Chancellery equates German and European interests with those of the overly China-dependent German car industry, European unity vis-à-vis China will always be fragile. There is an old US saying that what is good for General Motors is good for the USA. That was never true and would today be an extremely old-fashioned course to take. But Wolfsburg would still very much like to see everyone dancing to such a tune.

Would it be useful to hold a full-blown EU-China summit this year rather than next?

I think it's unlikely that the summit will be brought forward. Why should we eye a summit if there is no common substance? Let’s lay the eggs first and then cluck over them, not the other way around.

This interview first appeared in the September 10 issue of our newsletter "MERICS China Briefing" on September 10, 2020.

Mild wording but harsh timing: Latvia and Estonia’s exit from the “16+1”