The year 2020 is going to be a busy one for Europe-China relations. Beijing will play host to an EU-China summit and a 17+1 meeting with central and eastern European leaders this spring. Then in September, President Xi Jinping is expected in Leipzig for a summit with all 27 EU leaders during Germany’s presidency of the EU. European governments face an increasingly delicate balancing act: they must defend their political values against an increasingly assertive China, while at the same time safeguarding lucrative economic cooperation.

Will Europe and China be able to deliver on their ambitious goals this year? And which new trends will define Sino-European relations going forward? To get some answers, MERICS conducted a survey of some 150 China experts and practitioners from think tanks, government, industry and civil society in Europe. The results will be presented today at the MERICS China Forecast 2020 event in Berlin and discussed by leading China specialists.

“Hot economics, cold politics” – the defining contradiction in relations in 2020?

According to the MERICS survey, 59 percent of respondents expect political relations between Europe and China to worsen in 2020 (17% say they will deteriorate, 42% say they will slightly deteriorate). Respondents believe the number one factor behind growing tensions will be politically motivated retaliation by Beijing against European governments or companies. This ranked above other factors, such as restricted access to the Chinese market or human rights violations. Surprisingly, only 4% of the respondents expect Europe-Chinese relations to improve in 2020. On the economic front however, 53 percent of the experts surveyed said relations would remain stable while 13 percent predicted improvement.

It’s up to the Europeans to make 2020 China’s “Year of Europe” Survey respondents were generally positive about the prospects of the Leipzig summit fostering European unity on China, with 59 percent saying this was somewhat likely and 4 percent saying this was very likely. But 37 percent said they expected no breakthroughs at the summit, and less than a third (27 percent) predicted that the EU and China would clinch a Comprehensive Agreement on Investment (CAI) in 2020, one of Chancellor Angela Merkel’s top priorities for Germany’s presidency of the EU in the second half of the year. Interestingly, only 33% of respondents want to see the EU’s traditional leadership duo, France and Germany, take the lead on a forging unified European China policy. More than 60% of those polled said they would prefer the European Commission to take on this role.

What is necessary to get relations with China right?

Asked about the challenges arising from China’s rise as a digital power, 45% of respondents pointed to Europe’s dependence on Chinese 5G technology, while 30% cited growing competition from Chinese tech companies. Some 43% of respondents see a need to overhaul the EU’s industrial policy to better compete with China’s state capitalism (26% called for changes to research and innovation policy, 15% for redrafting trade policy, and only 7% for changes to human rights policy). 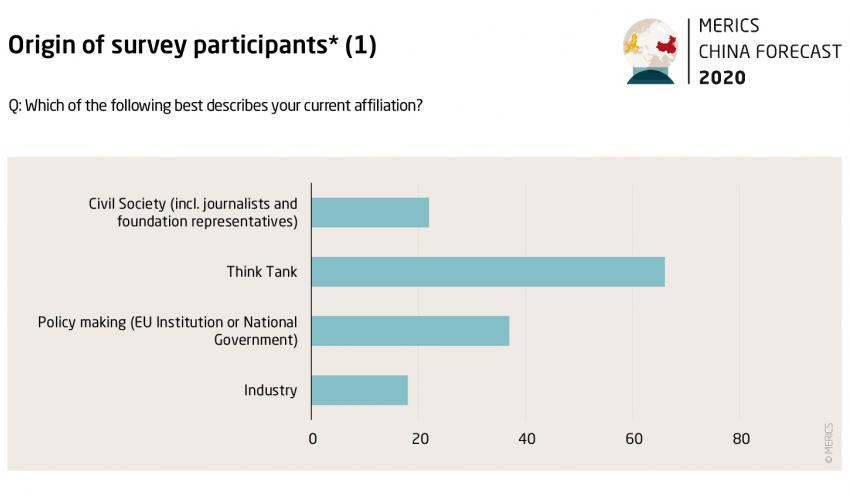 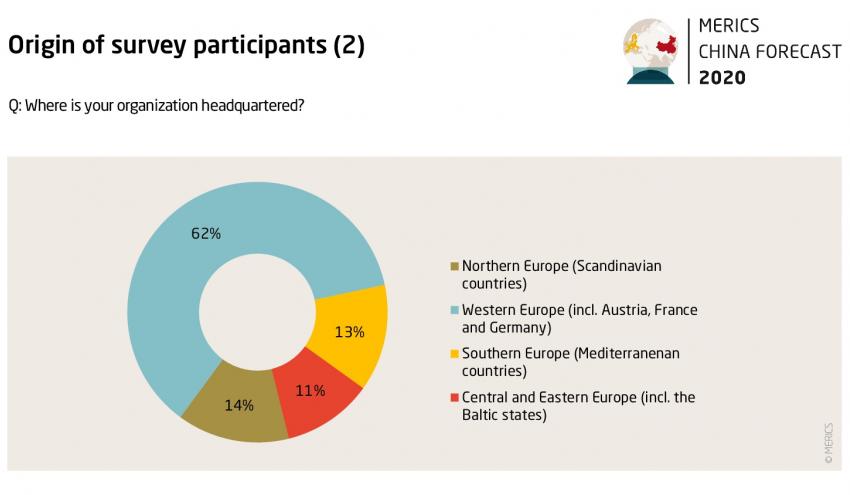 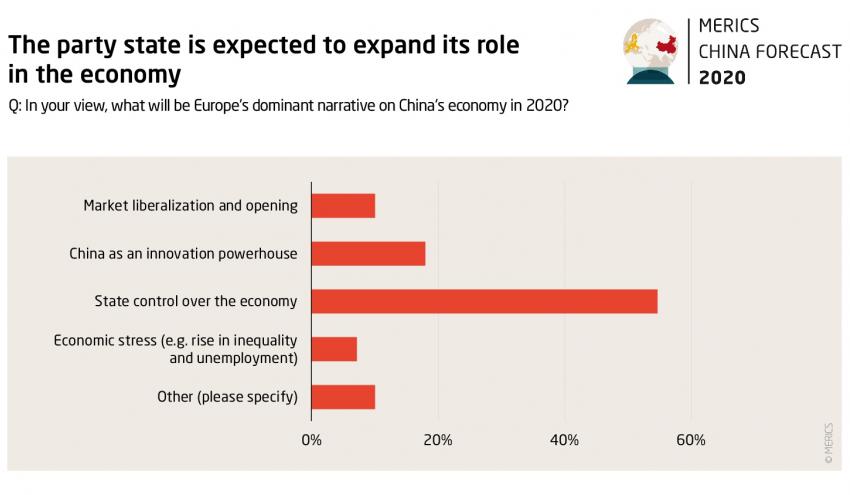 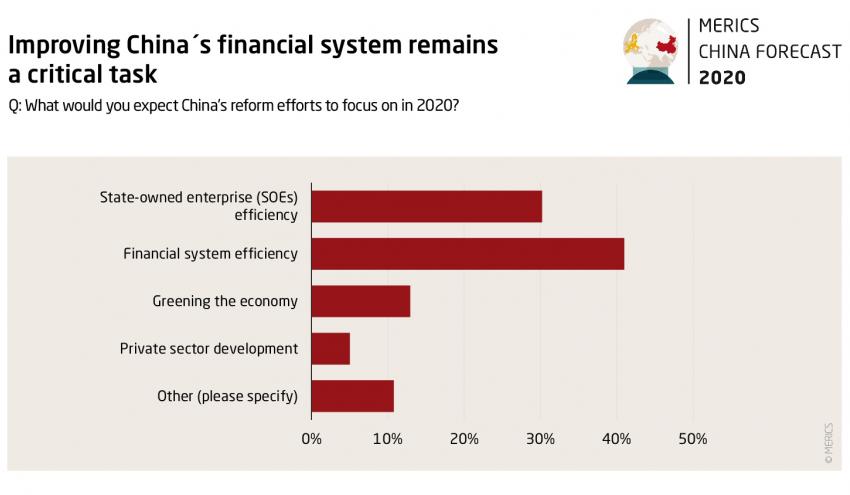 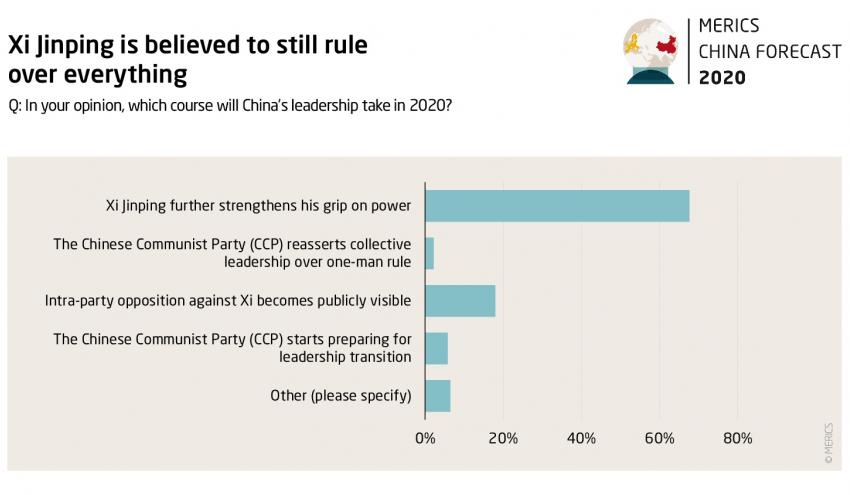 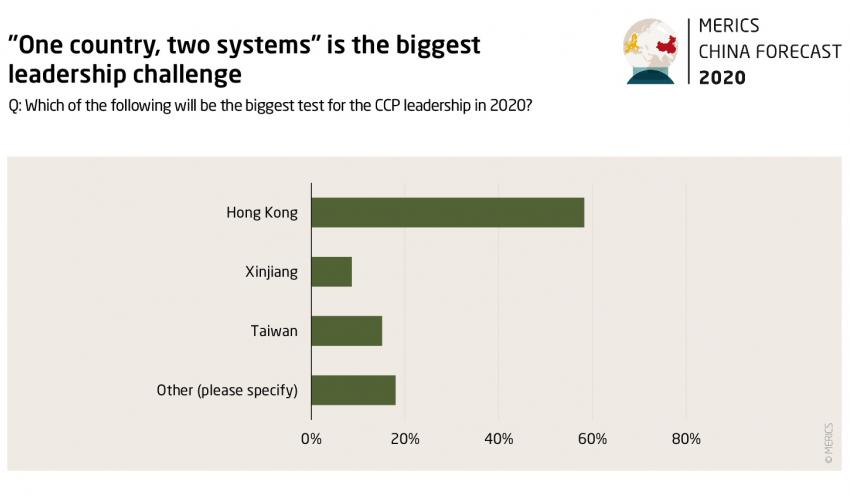 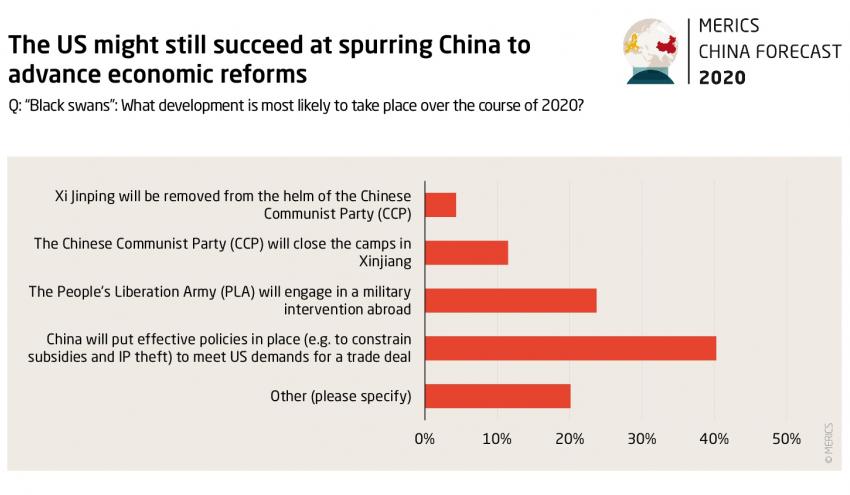 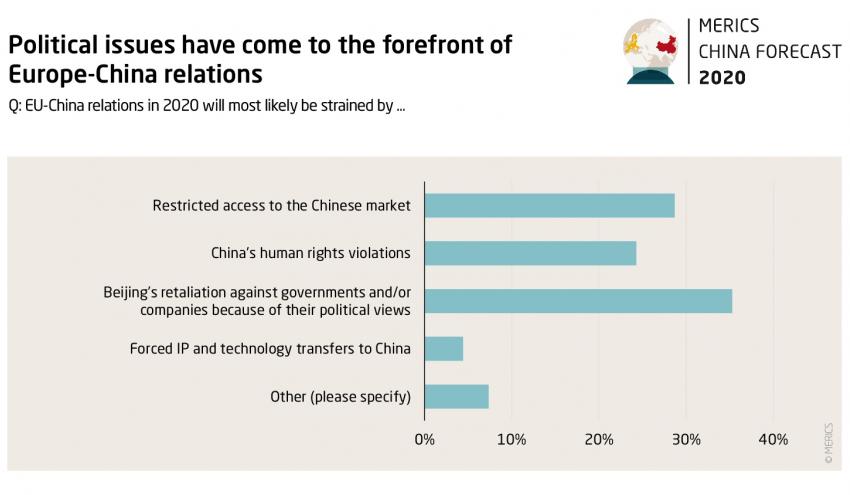 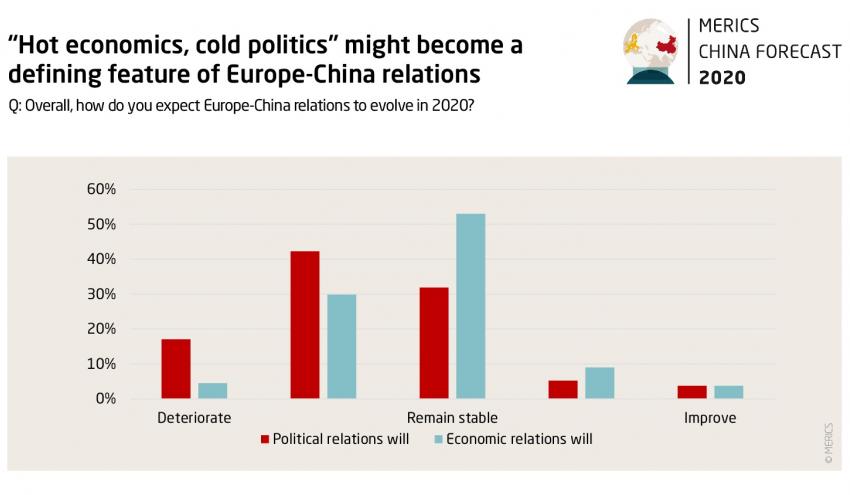 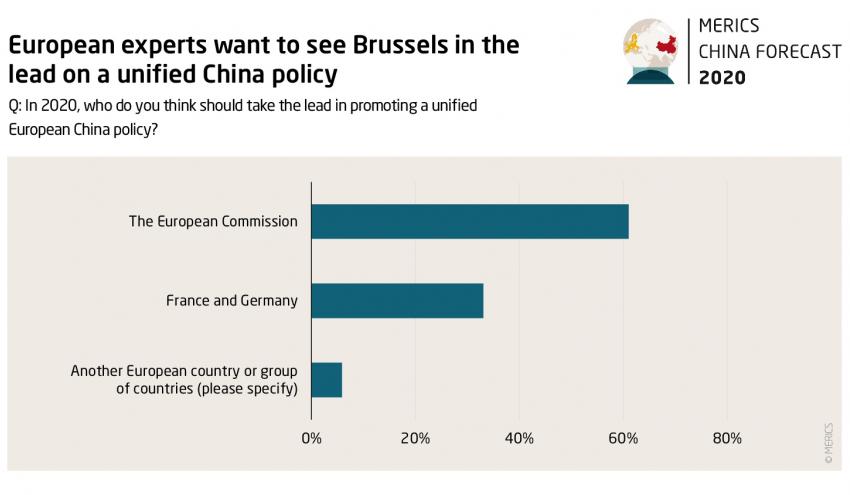 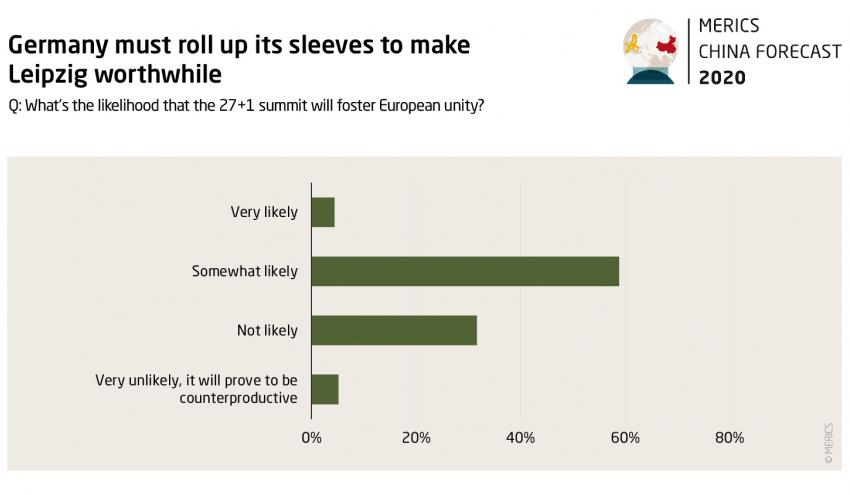 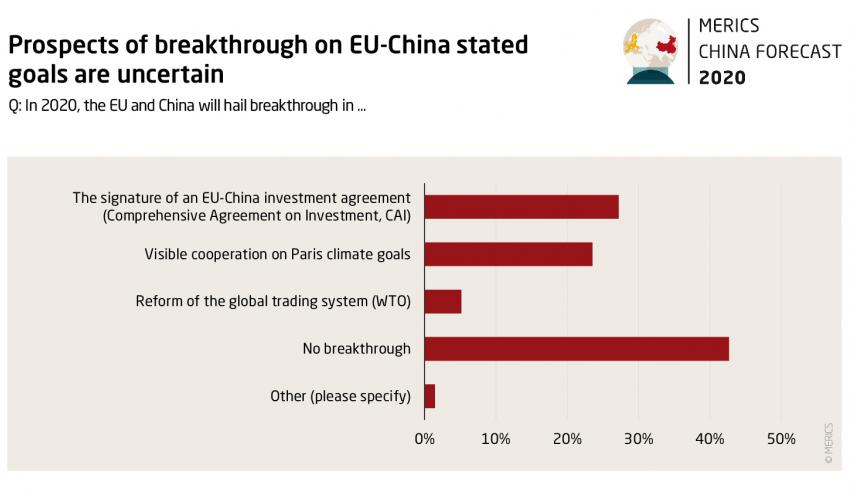 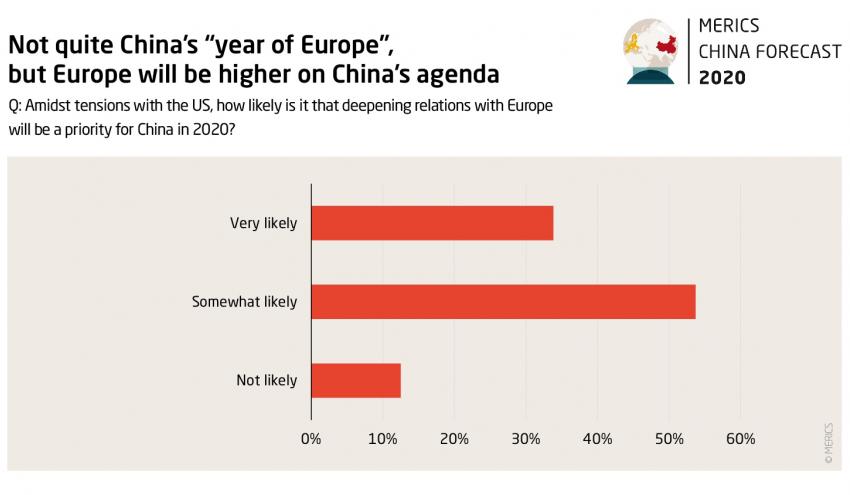 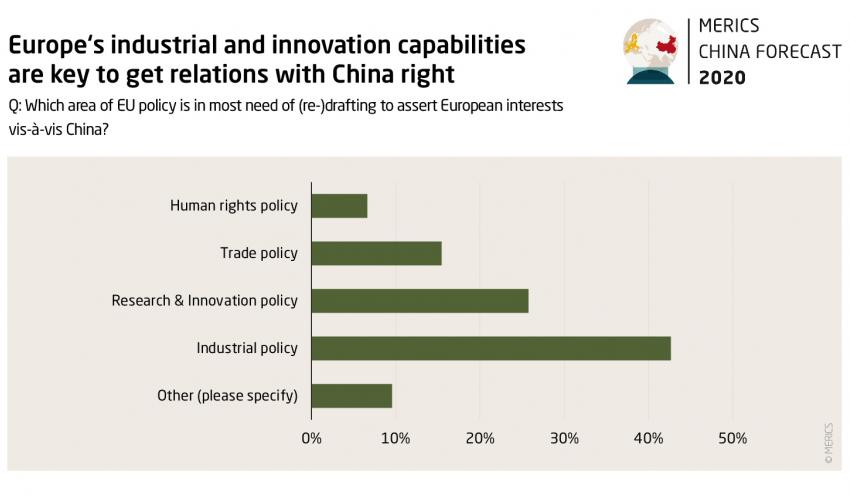 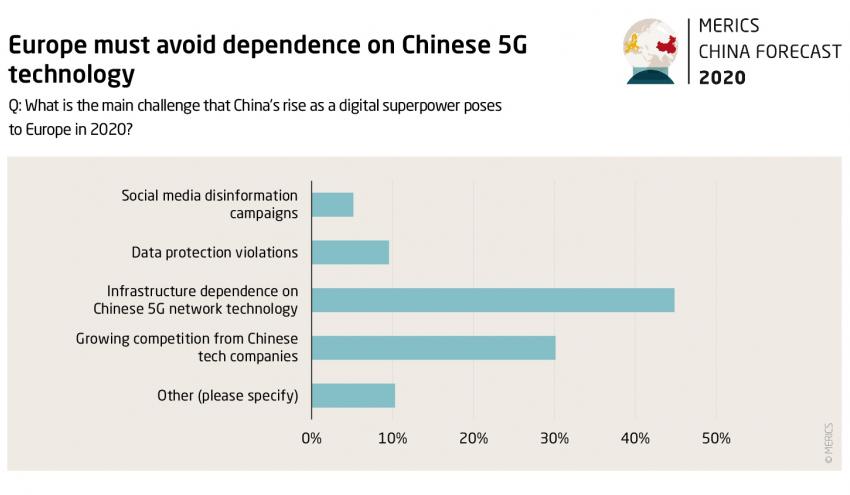