President Biden’s administration has made a great effort during his first year in the White House to mend relations with European partners. This has included both reviving old fora for cooperation and proposing new ones, such as the Trade and Technology Council. How to approach China, the opportunities and the challenges it poses to both the United States and the EU, occupied a central place in the transatlantic agenda during 2021. With a new year beginning, it is time to look ahead at what the 2022 transatlantic agenda on China must include.

In this round of our EU-China opinion pool, we ask the question:

What should the tangible objectives be for transatlantic cooperation on China in 2022?

This issue was compiled by MERICS Analyst Francesca Ghiretti. 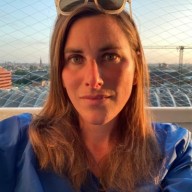 2022 is the year that Washington’s China policy becomes more European—and that’s a good thing. The Administration will need to reengage East Asia on trade and determine the nebulous future of the Phase 1 agreement it inherited from Trump’s negotiators. US Commerce Secretary Gina Raimondo is quoted saying, “What’s often ‘tougher’ is a more thoughtful, nuanced, devil-in-the-details approach.” Biden’s team has grown wary of escalatory rhetoric and signals concern about overshooting and underdelivering on policy. In the end, the American economy is too intertwined with China to project a hard line with unbounded confidence, especially when it comes to the financial sector.

So why more European? The Commission’s calendar is full of innovative regulatory initiatives (and yes, relatively speaking, the word “innovative” and “European Commission” belong in the same sentence). From anti-dumping, to countering IP theft, and to the new anti-coercion instrument, the bloc is poised to develop a new slate of regulatory standards to help sustain Europe’s place in a multi-polar global economy. Fingers crossed. Member states will be best served by not interfering for parochial interests. From Brussels, the US will learn that competition policy (defense of free market principles) is indeed different from “competition” itself (the stand-off between global powers that Washington lawmakers so easily envision). Defending American interests cannot sustainably rely on a combination of punitive measures and throwing money at the problem. Somewhere in the mix, you need the devil in the details.

Director and CEO of the German Council on Foreign Relations (DGAP) 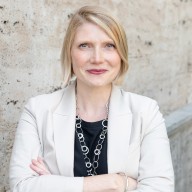 At the start of a new year, European powers – and their businesses – are signaling to Washington that they have fully grasped the multifaceted challenge posed by China. The joint objective for 2022 must be to bolster the strength, functionality and unity of democracies in their promise to deliver economic and security outcomes that can meet Chinese competition and overreach. Early in the year, transatlantic partners should pull together disparate elements of joint action into a strategic dialogue on China to address common concerns on trade, technology, human rights and multilateral institutions. Having new US and German Ambassadors in situ in Beijing will help this coordination.

The June NATO strategic concept and the work on the EU-US Tech and Trade Council will allow for partners to align on intelligence, military, hybrid threats and technology standards to enhance their own credibility and bolster their defenses vis-à-vis China. Swift action in three economic areas will signal to China that allies are serious about expanding their alignment. First, more European countries should join the US-led December 2021 Export Controls and Human Rights Initiative. Only in unison can this approach be powerful. Second, the EU and US should coordinate sanctions tools. Their scope, sequencing and effect will increase credibility on human rights interventions.

Finally, the EU must quickly implement Global Gateway – Europe’s answer to the BRI – and create joint US-EU funding opportunities. Unitary action begets credibility – both within the EU, as just seen in the case of Lithuania - and among transatlantic partners. It should be the primary tangible objective in 2022. 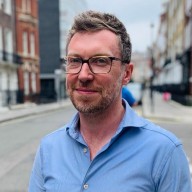 In 2021, Europe and the United States put the processes in place, the right issues on the table, and cleared away some of the biggest obstacles to closer cooperation. In 2022 this needs to translate into results. The first objective is simply prioritization. The growing web of transatlantic exchanges on China is valuable in its own right but represents a very expansive agenda. A few critical areas will now require a top-level political push in order to achieve progress.

Connectivity finance is near the top of that list. Coordinated alternatives to the BRI would bolster both sides’ capacities in a host of areas, from rebalancing away from dependence on the Chinese economy to standard-setting across the developing world. The wider goal should be to achieve a visibly joined-up economic approach in dealing with China, which would also include investment screening, export controls, research security, anti-subsidy tools and addressing Chinese economic coercion. Putting together a strong “package” of these measures would have an impact that transcends its constituent parts.

The coercion question alone, though, is going to be a credibility test for the year ahead. Whether or not some Europeans like the circumstances in which the situation came about, if Lithuania’s closest partners fail to address the measures Beijing is now pursuing, this would have expansively damaging political resonance. The situation in Lithuania should rather be used as a spur for the two sides to move further and faster with the instruments they need to blunt China’s coercive tools. 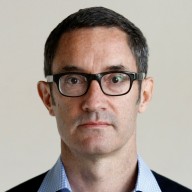 In Biden’s first year, the focus was on removing Trump-era irritants in the transatlantic relationship and establishing new structures for closer cooperation on China. This year will be about delivering concrete results. With a new German government still settling in, a French election looming in April and US midterms scheduled for November, the window for closer coordination on China is tight. Russian aggression in Ukraine is a wild card: it has the potential to divide the transatlantic partners and distract them from longer term strategic challenges related to China. So leaders on both sides of the Atlantic will need to make cooperation on China a top priority for it to work. In 2022, they could focus on:

Associate Fellow for the Transatlantic Security Program at the Center for a New American Security (CNAS). 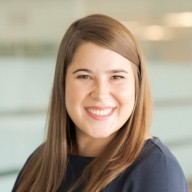 Carisa Nietsche
Associate Fellow for the Transatlantic Security Program at the Center for a New American Security (CNAS).

The core objective for transatlantic cooperation on China should be to prevent Beijing from remaking the international order in its image. The transatlantic partners should aim to preserve the democratically-led international order. For Europe, rather than calling out China specifically as the adversary, it would be less toxic to frame the challenge in terms of a competition between democracies and autocracies. The transatlantic partners should pursue three sub-objectives across the trade, technology, and global governance domains.

Promote free and fair trade. In the trade domain, the transatlantic partners should push back on China’s market-distorting actions. Most pressingly, the United States, Europe, and Japan should continue their work to rewrite the rules on state subsidies in the WTO. To advance an affirmative agenda, the transatlantic partners should restart conversations about WTO modernization and reform.

Advance democratic digital rules and standards. As a first step, the transatlantic partners should proactively build joint risk assessments evaluating potential risks from Chinese providers of key critical technologies. At the same time, the United States and Europe must also run faster. This will require joint innovation of critical technologies.

Preserve democratically led global governance. The transatlantic partners must lead in international organizations. To start, the partners should prioritize United Nations leadership elections and jointly support the same democratic candidate. China often engages in block voting in standard-setting organizations, such as the International Telecommunication Union (ITU). The transatlantic partners should therefore block vote to support democratic standards. Finally, they should bring along third countries to promote democratic norms and standards.

Transatlantic initiatives launched in 2021 will need to show results in 2022. To do that, both sides need to work out how to jointly develop and then message coordinated action in response to a quickly-developing crisis triggered by the People’s Republic of China (PRC).

A particularly urgent case is Chinese coercive behavior. Ever since Lithuania defied Beijing’s wishes to bar Taiwan from opening a representative office, it has had to endure painful Chinese trade restrictions. Whereas the United States swooped in with trade support almost immediately, the EU has taken a more deliberative approach. After spending months consulting with Lithuanian stakeholders and others in Europe affected by the trade embargo, the EU filed a case with the WTO. We will now have to wait as the case winds through the WTO process. It may take weeks and maybe much longer to ascertain if this action will yield results. Will Lithuania be able to hold out?

Could the United States have coordinated their earlier action with the EU? Without the EU issuing a quick-response of its own, that seems unlikely. In a recent call with Lithuania’s foreign minister, the American trade representative suggested that the Trade and Technology Council (TTC) could serve as a venue for formulating a EU-US response. The United States could just as well have proposed another forum, such as the EU-US Dialogue on China, which already covers economic coercion. Which one would EU officials prefer?

In 2022, it is important that the two sides figure out how to best send signals across the consultative wiring that was laid in 2021. Given that likely more coercive behavior will emanate from China in the future, building a crisis-response component into the EU-US Dialogue on China may be prudent.