China’s position on the war in Ukraine, with Jakub Jakóbowski and Helena Legarda

Ukraine has once again risen to the headlines due to an intensification of its conflict with Russia that has been smoldering since 2014, culminating in a full-scale invasion by Russia early on February 24.

The Chinese position in the weeks leading up to and during the war so far has been one of hedging, trying to avoid taking a clear side in the deepening crisis. In a meeting ahead of the Beijing Winter Olympics on February 4, Russian president Vladimir Putin and Chinese State and Party Leader Xi Jinping issued a joint statement of support and affirmed their commitment to “deepening back-to-back strategic cooperation.” Chinese official statements on the situation in Ukraine, however, sound much more uncommitted. In a speech at the Munich Security Conference on February 19, Chinese Foreign Minister Wang Yi urged all sides to “shoulder their responsibilities and work for peace.” As the war broke out, Beijing continued to call for restraint and a negotiated solution to the crisis. But it also adopted a more Russia-friendly tone, questioning the use of the word ‘invasion’ to describe the situation and blaming the US for aggravating the crisis.

To analyze the Chinese position in Russia’s war in Ukraine, the status of the Russia-China relationship and the implications for future conflicts, we are joined by two experts on the issue: Jakub Jakóbowski and Helena Legarda. Jakub coordinates the Connectivity in Eurasia project and is a senior fellow at the China Program of the Centre for Eastern Studies (OSW), a public think tank based in Warsaw, Poland. In November he co-authored a study on the Russia-China relationship. Helena is a Lead Analyst in the Foreign Relations team at MERICS and has recently published a new issue of our Security and Risk Tracker that analyzed the situation in Ukraine among other topics.

This conversation was recorded on February 23. Accordingly, more recent events will not figure into the discussion. The episode, however, focuses on more general issues, which still remain relevant. 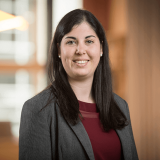 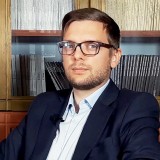 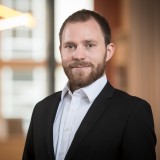