China's efforts at home and abroad to become a global leader in digital technologies is a challenge for Europe. The ambitions of telecommunications giant Huawei to participate in building European 5G networks are just one example of many, say MERICS researchers Kristin Shi-Kupfer and Mareike Ohlberg, authors of a new MERICS study, "China's digital rise. Challenges for Europe.”

Shi-Kupfer, who heads the MERICS research area on politics, society, and media, and research associate Ohlberg show that China’s digital ambitions are state-driven. They examine the close connection within the IT sector between the Chinese Communist Party (CCP), the state, and private companies and show that China’s digital rise is not only spurred by economic interests but also by political goals to become a leading superpower in research and technology.

Civil-military integration in particular has been on the national agenda of state and party leader Xi Jinping since 2014. For example, China wants to take the lead in dual-use technologies and quantum cryptography, advance its cyber-warfare capabilities, and use Artificial Intelligence (AI) as a weapon. According to the MERICS study, China also wants to use its capabilities domestically to implement its vision of cyber domination and social control. This includes the Social Credit System, which the leadership wants to roll out nationwide in the coming years. For China, digitization is a means to achieve several goals at once: creating new engines of growth, achieving technological independence, social control, and international leadership in digital technologies. 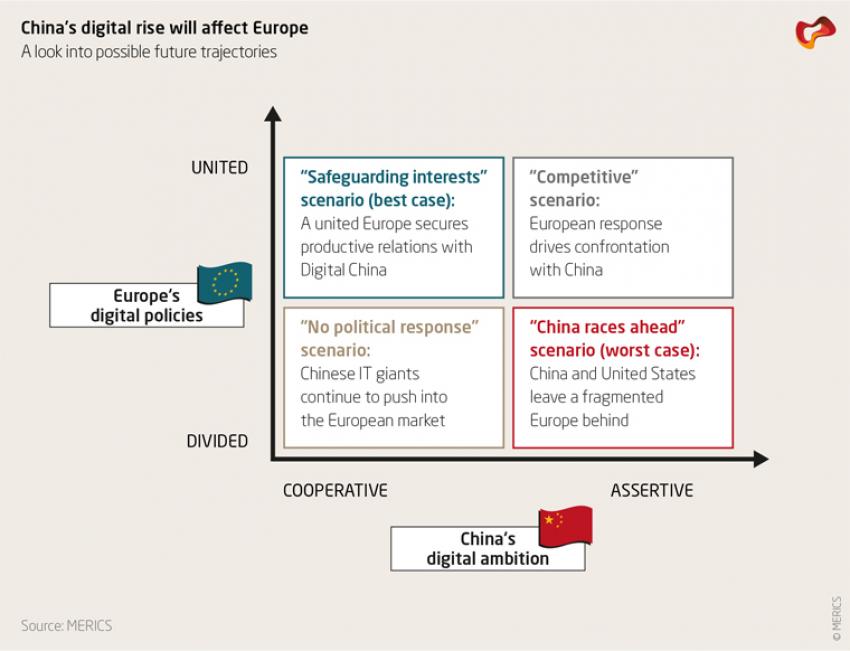 China has invested disproportionately in technological innovation in recent years. For quantum cryptography research alone, China has provided at least an estimated USD 50 billion of funding, that’s ten times as much as the United States has made available. In AI, China filed around 30,000 patents last year, two and a half times more than the US. All these efforts are beginning to pay off: The People's Republic is already considered the leading digital marketplace and home to a third of all startups with a market evaluation above USD one billion. Soon, the country could become the world leader in digital key technologies. At the same time, Beijing is changing the global technology landscape by pushing blockchain, the Internet of Things and 5G standards and by filling key positions in relevant international institutions.

However, China's digitization strategy also faces setbacks: Risks to innovation are the increased control of the CCP over private companies and the inefficient allocation of capital. For the foreseeable future, China will remain dependent on foreign core technologies. Western industrialized countries are increasingly concerned about potential security risks, criticizing the lack of data protection and the lack of ethical standards in China. A push back against China's digitization and technology may only just have begun, say Shi-Kupfer and Ohlberg. 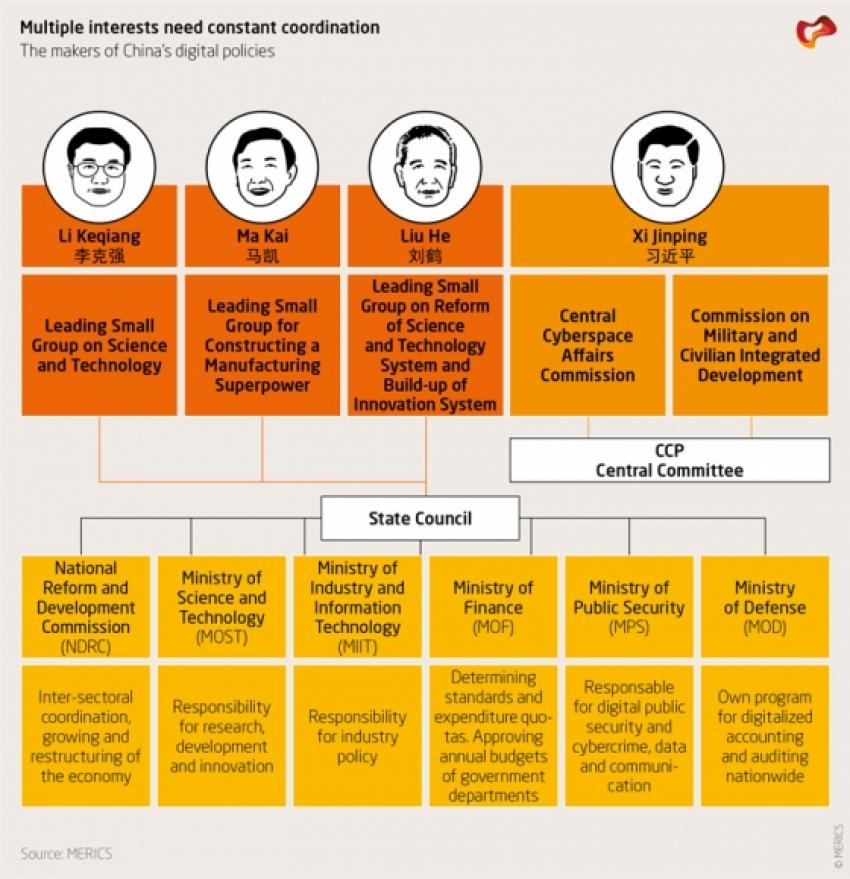 But how should Europe deal with these challenges? What consequences does China's digital progress have for European politics, the economy and security? Shi-Kupfer and Ohlberg say that China could become a serious threat if the country continues its path of seeking technological autonomy, rather than reciprocity and cooperation. The risks for Europe are compounded by the fact that the EU has no coordinated ecosystem for digital innovation and does not speak with one voice on China. If Europe does not catch up on key digital technologies, it risks losing out, or worse getting crushed between China and the US, warn Ohlberg and Shi-Kupfer. European member states would therefore have to make the strengthening of the European digital market a priority, expand cybersecurity cooperation with allied third countries and make data protection and ethical standards prerequisites for cooperation with China.