“Dealing with a resurgent China”: MERICS becomes part of an EU-funded consortium to improve knowledge on China across Europe

When it comes to engagement with the People's Republic of China, European actors are often criticized for lack of knowledge or even naivety. The new project "Dealing with a resurgent China" (DWARC) aims to fill Europe's information gaps. Researchers from institutions in various EU countries will team up to create a better knowledge base and make it available to policymakers and public stakeholders.

One of the main objectives of this knowledge base is to provide European decision-makers with information needed to develop joint positions on policies vis-à-vis China in various fields.

The consortium will receive up to EUR 4 million in funding over a three-year period. It will start its work in November 2022. There were more than a dozen applications for funding under the Horizon Europe program for research and innovation. The consortium involving MERICS is one of only two that were approved under the project.

The EU's funding call is based on the realization that there is too little knowledge in European countries about contemporary China and that think tanks and research institutions should cooperate more closely. Joint research of the consortium will focus on China's society, culture, politics, economy, and its regional and global strategies.

The results will be provided to various actors via different communication channels, for instance, policy briefs for officials, events, podcasts and freely accessible online databases. The databases will entail information on current China.

The consortium is coordinated by the Copenhagen Business School (Denmark). The following institutions are participating (in alphabetical order):

The project is funded by the European Commission under the grant number 101061700. 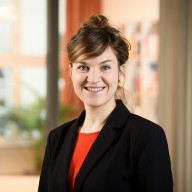