Record flows and growing imbalances: Chinese investment in Europe in 2016

China’s global outbound foreign direct investment (OFDI) soared to record levels in 2016, jumping to almost 200 billion US dollars. The European Union continues to be a favorite destination for Chinese investors, according to a newly published analysis by MERICS and Rhodium Group. Chinese FDI in the EU totaled more than EUR 35 billion in 2016, an increase of 77 per cent from 2015. With 11 billion Euro of completed deals, Germany was the largest recipient, accounting for 31 per cent of total Chinese investment in Europe.

After a period of large-scale investments in Southern European economies, Chinese investors re-focused on the “Big Three” European economies (Germany, the UK, and France) in 2016. Those three countries together accounted for 59% of the total investment value. With more than EUR 11 billion of completed deals, Germany was by far the largest recipient, accounting for more than 31 per cent of total European investment from China. The UK held up well despite Brexit turbulences since June 2016. Chinese investment in Eastern Europe remained limited despite the sustained Chinese “Belt and Road” investment-related rhetoric in the region.

In contrast to the sustained rise of Chinese investment in the EU, European companies have become hesitant to increase investment in China. The value of EU FDI transactions in China in 2016 continued to decrease for the fourth consecutive year to roughly EUR 8 billion. The authors attribute this growing imbalance to slowing growth in China as well as persisting hurdles for access to the country’s markets.

The growth of Chinese acquisitions in high-technology assets, particularly in manufacturing and machinery, has fueled a European debate about Chinese state involvement in such deals and the long-term risks of a loss of core industrial technology to China. A number of controversial deals and takeover bids put Germany at the center of this debate. The Midea-Kuka takeover raised fears over a sell-out of advanced technology. The bid for chipmaker Aixtron highlighted the pitfalls of Chinese state involvement in such acquisitions. The German government has shown more teeth both in demanding a more level playing field for its companies in China and in reviewing Chinese acquisitions for potential national security threats, withdrawing, for instance, its initial approval of the Aixtron deal. The deal was later canceled after the U.S. administration had blocked the sale of the U.S. part of the company’s assets.

What the future holds

While Chinese direct investment in Europe and worldwide has reached new record levels in 2016, this bonanza may not continue in 2017, according to Thilo Hanemann and Mikko Huotari, the authors of the report. The pace of expansion could be slowed down by Chinese efforts to stem the outflow of capital as well as by growing European fears of a sell-out of core technologies to China.

The increase in Chinese OFDI was so dramatic in 2016 that China’s leadership is now stepping on brakes on the pace of capital outflows. In the face of a slowing domestic economy, financial stress and devaluation pressure on the Chinese currency, Beijing has already taken steps to tighten reviews and crack down on illegitimate transactions.

You can download the complete study as PDF here: 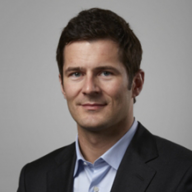 Battered in Russia, companies need to be more transparent about risks in China