China’s participation in RCEP has implications for Europe

The Regional Comprehensive Economic Partnership (RCEP) entered into force on January 1. The world’s largest trade agreement will have a significant effect on global value-chains and European trade with China and other members, says Aya Adachi. The EU needs to catch up and complete agreements of its own in the region.

The members of the Regional Comprehensive Economic Partnership (RCEP), the ten ASEAN states and Australia, China, Japan, New Zealand and South Korea, make up around a third of the world’s population and 30 percent of its gross domestic product (GDP). In 2020, each member state on average saw 48 percent of exports go to the 14 other RCEP countries. The agreement looks set to boost regional trade – in particular with China, every member’s largest trading partner – and to have a significant effect on global value-chains and European trade with Asia.

Shortly after joining the World Trade Organization (WTO) 20 years ago, China began negotiating free trade agreements (FTAs). With the WTO in crisis, given stalled multilateral negotiations, criticism of its judicial activism and de facto rule-making, China – like most others– uses FTAs to promote trade and trade regulation. China has forged 15 bilateral and three plurilateral FTAs with 24 countries. Its aim is to further liberalize and develop of its regulatory regime. Until 2016, China used agreements to bilaterally secure WTO market economy status by its FTA partners. RCEP includes familiar elements of China’s FTAs – tariff eliminations or reductions, trade-quota adjustments, liberalization of services and improved protection of intellectual property.

But three areas deserve special attention. RCEP introduces “cumulation” as part of its common rules of origin (ROO). This change is likely to have significant impact as it will allow goods from one member state to be used as inputs for production in another member state and designated as originating from the country in which processing of the finished good or material has taken place. Certification is still required and call for further review and uniform implementation of ROO across the region to encourage utilization by businesses. Depending on implementation, the new rule has the potential to reduce costs significantly and facilitate value-chain operations.

Another area is digital trade. Coverage of relatively new area in FTAs includes cooperation, paperless trading, electronic authentication, consumer protection, cybersecurity and so on. The RCEP shows what e-commerce and digital trade provisions China is willing to agree to – and where its limits are. The Comprehensive and Progressive Agreement for Trans-Pacific Partnership (CPTPP), which does not include China, has more substantial coverage of issues like computer-center locations, cross-border information transfer or dispute settlement.

While all other RCEP members have links through previous FTAs, the agreement for the first time brings together China and Japan as well as South Korea and Japan. The three largest economies of East Asia are now bound through a trade agreement – and stand to gain considerably. According to a study conducted by the Peterson Institute for International Economy (PIIE), the three are projected to accrue 83 percent of benefits of the deal.

Despite this, RCEP has been seen as a less substantial agreement than CPTPP, for example. It was nicked-named “the stapler agreement”, as many provisions were based on ASEAN’s previous agreements with Australia, New Zealand, China, Japan and South Korea. Still, RCEP took nine years to conclude. ASEAN seemed to have a tough time coordinating common negotiation positions, Japanese negotiators were accused of being too ambitious in terms of standards and regulatory coverage while India was very wary of competition with China and ultimately dropped out from the deal. As a result, RCEP’s coverage is very limited in a number of areas, including government procurement, agricultural trade, labor and environmental standards.

RCEP was hoped by some to reduce the “noodle bowl” effect of overlapping trade agreements in the Asia-Pacific. But the agreement is outdone by other agreements between RCEP members. For example, regulatory coverage and liberalization in the Economic Partnership Agreements between Australia and Japan and the CPTPP, of which seven RCEP members are signatories, are much more substantial. Overlapping agreements raise transaction costs for exporters and importers and require careful evaluation of each agreement, differences in complicated certification procedures, standards and other administrative requirements – which can affect utilization of trade agreements.

The competitiveness of European products in Asia might take a hit

European firms that source and process supplies across Asia could benefit from the new ROO and the improved environment for value-chains. However, reduction of trade costs among RCEP members might also lead to trade diversion and could see the competitiveness of European products in Asia take a hit.

In order to reduce potential losses, EU should improve economic cooperation with RCEP members – it currently only has FTAs with Japan, South Korea, Singapore and Vietnam. Given the possible CPTPP enlargement and a potential FTA between China, Japan and South Korea, the EU should conclude agreements with Australia and New Zealand, seek them with India, Indonesia and other ASEAN members or – even join the CPTPP instead. The EU should use the paused ratification of the Comprehensive Agreement on Investment with China to accelerate the negotiation of other agreements. That way, it would be in a much better position to achieve its goal of balancing and diversifying its economic relations with East Asia and the Indo-Pacific. 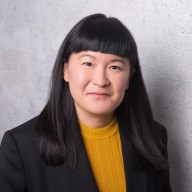 EU-Taiwan ties: Between expectations and reality