Where did the one million figure for detentions in Xinjiang’s camps come from?

No precise count of the number of people currently detained in camps in Xinjiang has made its way out of China. In the absence of officially reported numbers or other hard evidence, researchers of various stripes have converged on the figure of one million. Former MERICS Visiting Academic Fellow Jessica Batke explains how international observers arrived at this figure.

As journalists and scholars have reported in recent months on the campaign of religious and cultural repression and incarceration taking place in the Chinese region of Xinjiang, a central question has emerged: How many people has China’s government detained as part of the campaign? In the absence of officially reported numbers or other hard evidence, researchers of various stripes have converged on the figure of one million as a common estimate of the people the Chinese government is detaining in Xinjiang’s camps.

But where does this figure come from, and how is it formulated?

An August 2018 United Nations session appears to have first popularized the number. At the session, the Committee on the Elimination of Racial Discrimination said it had received “many credible reports” that one million ethnic Uighurs in China were being held in internment camps, though it did not specify the sources of these reports. In the following days, the figure was repeated in stories in The Wall Street Journal, Al Jazeera, and HuffPost, all citing the U.N. session. A week later, the U.S. State Department issued a public statement raising its previous estimate of hundreds of thousands of detainees to a number “possibly . . . in the millions.” News coverage in the months since has often referred to the “one million” estimate; other reports cite lower numbers of detainees, though still in the hundreds of thousands. Chinese representatives stated at the August U.N. session that “there is no such thing as re-education centers”; by October, the local Xinjiang government had passed legislation enshrining them as a formal method to “transform” people influenced by “extremism.” But even after admitting to their existence, Chinese officials have chafed at Western reports of the numbers held there, with a spokesperson calling the estimates “defamatory” and the results of “ulterior motives.”

Two key studies independently arrived around the one million estimate

Given the Chinese government has not released its own official numbers, and given the extreme obstacles that prevent independent on-the-ground accounting of camp inmates, how do outside observers arrive at the one million estimate?

No precise count of the number of people currently detained in camps in Xinjiang has made its way out of China. So investigators must rely on estimates that use small samples to extrapolate the camps’ overall population of inmates.

Two key studies independently arrived around the one million mark, by using limited data samples to estimate what percentage of the ethnic minority Muslim population is detained. Both studies arrive at a detention rate of 10 percent —at least in some areas of Xinjiang—suggesting that just over one million of the region’s 11 million ethnic Uighur population could be in the camps.

The first estimate, from Adrian Zenz, a social scientist at the European School of Culture & Theology, is based on an accounting of the detention camp populations totalling some 892,000 individuals in 68 Xinjiang counties as of the Spring of 2018. These numbers are from a document leaked by Chinese public security authorities to Istiqlal, a Uighur exile media organization based in Turkey, and also later appeared in Newsweek Japan.

As Zenz points out, these numbers are not complete. Several major population centers are missing from the leaked data. One approach to determine how many additional people are detained in these additional population centers would be to simply assume the same rate of detention across all of Xinjiang and use local population figures to calculate an estimate for the missing areas. However, as Zenz explained to ChinaFile, based on his own research and on Radio Free Asia reporting (discussed further below), he presumes that detention rates vary locally depending on the share of ethnic minority population in a given area. Specifically, this means that areas with Han-majority populations see a smaller percentage of their ethnic minority populations detained.

To account for these differences in population and likely differences in detention rates, Zenz zoomed in on just a subset of the leaked data: 27 counties where the vast majority of the population is ethnic Uighur, Kazakh, and Kyrgyz. The leaked data showed that 693,273 individuals were detained in these counties, out of a total of 4.45 million Uighur, Kazakh, and Kyrgyz adults aged 20-79—a detention rate of 12.3 percent. Zenz conservatively rounded down to reach an average detention rate of ten percent in minority-majority areas. To estimate a detention rate for Han-majority areas, he then halved the 10 percent estimate—again, seeking to offer a conservative estimate.

Applying these approximated detention rates to cities and counties throughout the entire region, Zenz writes that “Xinjiang’s total re-education internment figure may be estimated at just over one million.” (It is worth stating that this is Zenz’s high-end estimate; elsewhere in the article he writes that estimates “anywhere between several hundred thousand and just over one million” are reasonable. This estimate is also from spring 2018, and it is possible that more people have been detained since then.)

The second estimate comes from the Washington, D.C.-based nonprofit Chinese Human Rights Defenders (CHRD). Between mid-2017 and mid-2018, CHRD interviewed eight ethnic Uighurs located in eight different villages in southern Xinjiang. Each person gave their own estimate of the number of people detained in their village, which CHRD used to surmise a detention rate for each village. These village detention rates ranged from 8 to 20 percent, averaging out to 12.8 percent across all eight villages. Just as Zenz did, CHRD “conservatively” rounded down to reach a 10 percent estimated detention rate. CHRD then applied this rate to all of southern Xinjiang, assessing that “approximately 240,000 rural residents may be detained in ‘re-education’ centers in Kashgar Prefecture, and 660,000 in the larger Southern Xinjiang [area].”

Extrapolating further, CHRD assumed a 10 percent detention rate across all of Xinjiang, estimating that 1.1 million people are being held, or have been held, in the camps. (CHRD’s figure does not include individuals forced to attend mandatory day or evening “re-education” sessions, which could add another estimated 1.3 million people across southern Xinjiang.)

These two estimates are not the only sources that suggest a 10 percent detention rate. The U.S.-based outlet Radio Free Asia (RFA), which regularly cold-calls government offices throughout Xinjiang, has reported that some local officials must meet detention quotas. Since the latter half of 2017, at least four different local officials in both southern and northern Xinjiang have told RFAthat they were given detention targets to meet, including 10 percent of the population in one village and 40 percent in another. These quotas generally accord with other RFA sources’ accounts of detention figures in their own villages and townships. RFA itself has not offered a region-wide detention estimate, but its coverage over time and across different localities does buttress the theory that 10 percent of Xinjiang’s Uighur population could be detained. Indeed, Zenz writes in his analysis that RFA’s reporting suggests a “one million” estimate is not far-fetched.

Other reporters and researchers have compiled additional information about the camps that suggest the “one million” figure is credible. This information does not rely on personal testimony or data leaked from official sources; rather, it is based on satellite imagery or on the Chinese government’s own publicly-available documents:

The Chinese government’s own budget and spending reports show expenditures that, while not directly corroborating the numbers of individuals detained, certainly suggest that very large numbers of detentions are plausible. AFP estimates that Xinjiang’s local justice bureaus, the organs responsible for operating the camps, may have spent 577 percent more in 2017 than they had originally budgeted. Budget documents showed that counties in southern Xinjiang, where the share of the ethnic minority Muslim population is higher, used funds especially earmarked for the camps to fund the additional outlays. Additional research by Adrian Zenz, comparing government data of year-on-year spending in counties throughout Xinjiang, shows similarly outsized spending increases on “social stability management,” “detention center management,” and other domestic security expenditures, particularly in areas with higher proportions of ethnic minority Muslim residents. This spending coincides with a February 2017 directive from the regional Justice Department to use “concentrated educational transformation centers” to manage “key groups” in society. It also corresponds with a more than 10-fold jump in the number of new security facilities the BBC was able to detect via satellite imagery between 2016 and 2017, and with spikes in new and retrofitted camp construction ASPI identified in 2017.

Taken together, these reports offer compelling support for the credibility of the “one million” estimates, even as the estimates themselves remain unavoidably imprecise. But what does “credible” mean?

Much reporting on the estimates of those detained in Xinjiang stresses that the “one million” number is “credible.” Yet it is important to distinguish between credibility and precision. Much of the information that international observers have used to make detention estimates is credible in that it comes from local sources, many of whom are in official positions that allow them access to such information through the course of their work, and who take great personal risk to communicate this information to the international community. Yet it is observers’ inability to conduct any sort of independent verification that prevents these credible estimates from being more precise. This is mainly due to China’s stringent information controls and its restrictions on foreigners’ access to the region—let alone to the camps themselves.

As a result, international observers cannot know with certainty, for example, how detentions are carried out in southern Xinjiang, where about four-fifths of the population is Uighur, versus northern Xinjiang, where only one-quarter is Uighur. Observers also cannot be sure if other ethnic minority Muslim individuals, such as Kazakhs and Kyrgyz, are detained at the same rates as Uighurs; most available reporting describes conditions only for Uighurs, the largest minority population in Xinjiang. It’s also often unclear whether estimates include the total number of people detained over time, or the number detained only at the time of the estimate.

This much, then, is clear by now: estimates of one million people detained in Xinjiang “re-education” camps are quite credible. Does that mean they are correct? Only Beijing likely knows for sure. And it’s not telling.

This article was first published by ChinaFile on January 8, 2019. 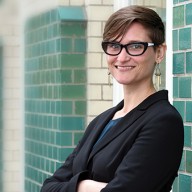