Xi Jinping has vowed to eradicate extreme poverty by the end of 2020. In this web-based seminar, we analyzed the magnitude and challenges of Xi’s goal, and the current state of inequality in China. We examined issues such as the rural-urban divide, recent hukou reforms, and Beijing's grand strategies to modernize rural regions. Finally, we discussed how the Covid-19 crisis, the national policy shift towards domestically driven economic growth and food security issues could impact the very people Xi promised to lift out of poverty.

David Rennie is the Beijing bureau chief of The Economist and the author of its weekly “Chaguan” column on China since 2018. He has been a columnist at The Economist since 2007, writing, successively, its “Charlemagne”, “Bagehot” and “Lexington” columns. From 2007-10 he was the EU correspondent and “Charlemagne”, based in Brussels. From July 2010 to July 2012 he was British political editor and author of “Bagehot” in London. 2012 he moved to Washington DC and was “Lexington” and Washington bureau chief until 2018. Previously, he was on the foreign staff of the Daily Telegraph, with postings in Sydney (1998), Beijing (1998-2002), Washington DC (2002-05) and Brussels (2005-07).

Scott Rozelle holds the Helen Farnsworth Endowed Professorship at Stanford University and is Senior Fellow in the Freeman Spogli Institute (FSI) for International Studies. For the past 30 years, he has worked on the economics of poverty reduction. Currently, his work on poverty has its focus on human capital, including issues of rural health, nutrition and education. Together with Nathalie Johnson he authored the book “China’s Invisible Crisis. How a Growing Urban-Rural Divide Could Sink the World’s Second-Largest Economy” (Basic Books 2019).

MERICS Analyst Valarie Tan moderated this event. Participants were given the chance to ask questions during a Q&A round. A recording of the event can be watched below. 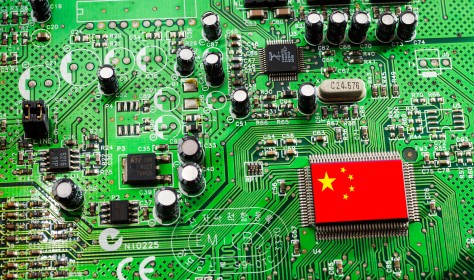 MERICS Web Seminar: An end to poverty in China by 2020?