China’s economy has benefited from throughgoing pandemic response measures that allowed the government to reopen the economy last Spring. China’s first quarter GDP surged by 18.3 percent in 2021, the highest quarterly growth on record. However, the jaw-dropping increase was largely due to the contrast with the economic shut-down in the first three months of 2020. On a quarter-by-quarter basis, China’s GDP grew by 0.6 percent, a less dramatic number that nonetheless confirms that recovery is continuing. Growth rates will begin to normalize to pre-crisis levels over the next quarters.

After a year marked by crisis-management during the Covid-19 pandemic, the focus in 2021 will be on smoothing out the economic aftershocks. Policy makers are already signaling moderate tightening of fiscal and monetary policy. The better-than-expected recovery has given China’s government the confidence to begin cautiously rolling back stimulus measures.

Although China’s government did not abandon the practice of setting a GDP growth target in 2021, it is seeking very conservative growth of “over 6 percent.” Given historically low GDP growth in 2020, it is really a non-target that underlines the government’s desire to return the economy to pre-pandemic normality.

Financial risk is still a major concern for policy makers as sustained defaults will continue to cause strain on the financial system. Despite this, policy makers remain determined to address financial risk and especially keen to curb speculative investments. They are eager to avoid repeating mistakes made in response to the 2008 global financial crisis, when credit-fueled growth contributed to the build-up of financial risk that China is still grappling with today.

The government is busily redirecting stimulus efforts to target high-tech industries and innovation, while withdrawing support for investment in real estate and infrastructure, two sectors that played a crucial part in economic stabilization during 2020. Most importantly however, consumption will need to pick up considerably despite the improvement in the first quarter in order to put the economy on a more solid footing.

China is coming out of the pandemic-induced crisis ahead of the curve, and the government is doubling down on strategies to meet future economic development challenges. For China, 2021 offers a strategic opportunity to improve its economic competitiveness while most of the rest of the world continues to be distracted by the immediate impact of the pandemic.

Macroeconomics: China’s economy is returning to its pre-pandemic state

What to watch: The government’s reduction in stimulus measures will depend on how well growth holds up in the coming quarters.

What to watch: If stimulus measures are rolled back in earnest, a sharp slowdown in output of construction materials is likely.

What to watch: Import growth outpacing exports would indicate the strength of China’s domestic recovery. 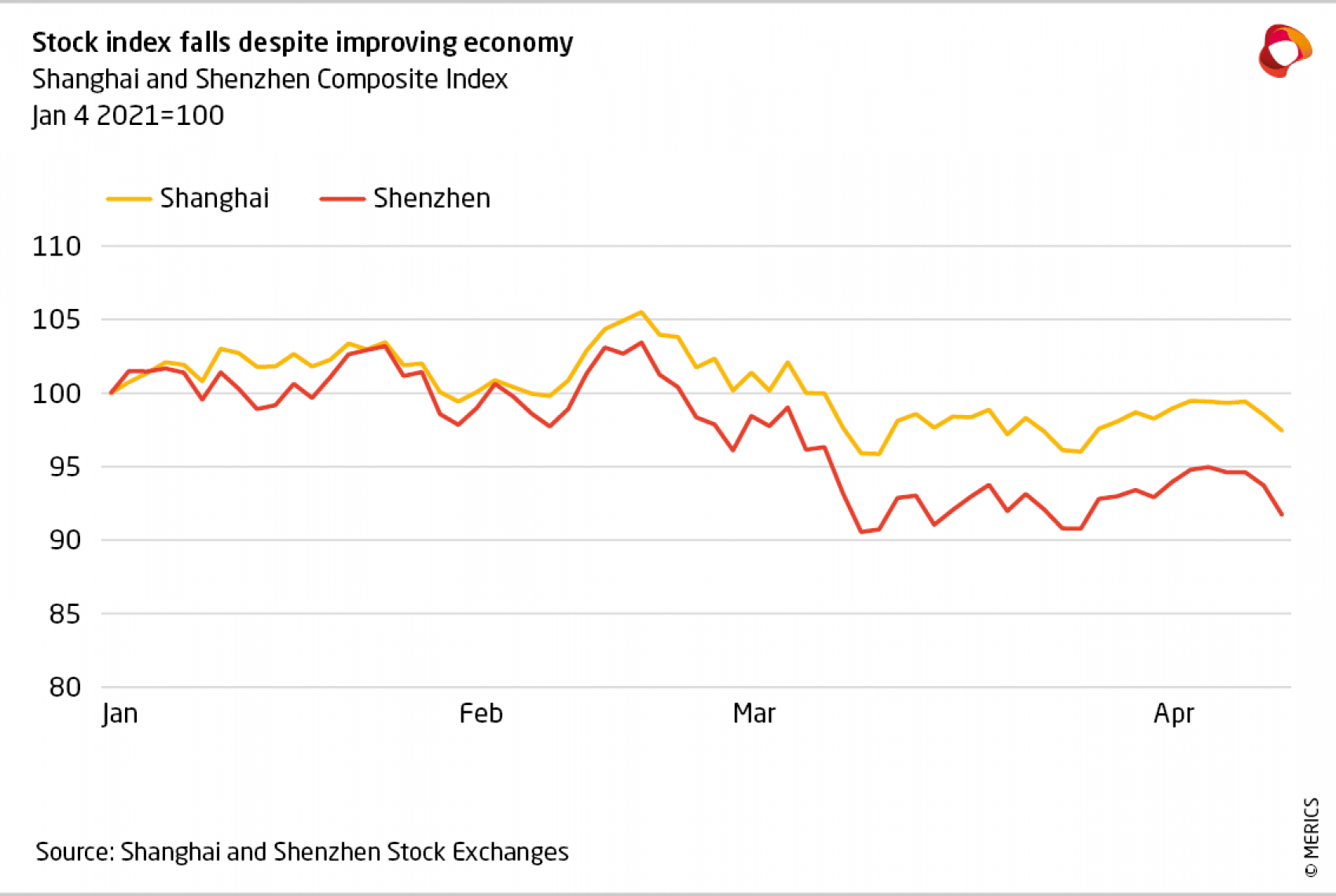 What to watch: If monetary policy continues to tighten, credit growth will fall further.

Investment: Investment rebounds strongly, but rises are unlikely to persis

What to watch: China’s policymakers will have to balance risk and growth to ensure their goals are met.

What to watch: Consumer prices should pick up over the next quarter as household demand picks up steam as well as due to base effects.

What to watch: Wage growth is likely to remain subdued for the coming quarters weighing down on consumption.

What to watch: Retail growth will need to maintain strong gains to support a sustainable economic recovery over the coming quarters.