During 2020, China’s economy passed its first real stress test since the start of the reform era with flying colors. The turbulence of the Covid-19 pandemic and China’s deteriorating relations with the United States presented unprecedented challenges to economic growth and economic management. However, despite recording the slowest GDP growth since 1976, China’s economy ended 2020 in a strong position compared to much of the rest of the world, which continues to struggle with the pandemic and its economic impact.

China’s economy continued its steady recovery from the abrupt slowdown in early 2020 during the height of the pandemic. Over the fourth quarter, GDP growth accelerated to 6.5 percent, the highest quarterly growth since Q4 2018. As a result the world’s second largest economy grew by 2.3 percent despite all the challenges.

The urgent economic stresses precipitated by the pandemic forced China’s government to ramp up spending and tolerate increasing financial leverage. But China’s leadership showed it was not willing to sacrifice progress on controlling financial risks since 2017, and has learned lessons from the giddy stimulus package deployed in the 2008 global financial crisis. Most importantly, as 2020 closed the stimulus deployed had proved effective at supporting a swift rebound in economic growth.

China’s economic rebound may be enviable when viewed from elsewhere, but it continues to be unbalanced. Investments, especially in real estate and industrial production are the recovery’s main drivers. China’s recovery has benefited from strong global demand. External demand is likely to slow in 2021, but in 2020 exports stayed strong and the trade surplus has soared, giving an additional boost to GDP growth.

Domestic consumption provides a stark contrast. Although demand for retail and services improved over the final quarter of 2020, they have yet to return to pre-pandemic levels. Looser monetary and fiscal policies are being scaled back, but only slowly. Stimulus measure are likely to stay in place until the rebound is on a more solid footing.

Covid-19 remains a challenge for recovery of consumption

Renewed outbreaks of Covid-19 in Hebei province, and elsewhere, also serve as a reminder that the pandemic is still a major challenge in China. A return to nationwide lockdown is unlikely, given the government’s rigorous response. However, the persistent uncertainty is likely to hinder the recovery of consumption. Spending on travel, restaurant visits and other leisure activities which are typically in high demand over the Chinese New Year holiday is likely to be weak.

China’s economy is on track for a good start in 2021, despite its vulnerabilities, and is likely to shine in compari-son to much of Europe or the United States. Barring the risks of a major Covid-19 outbreak, GDP growth seems set to bounce back to pre-crisis levels or better.

What to watch: China’s policymakers will have to balance risk and growth to ensure their goals are met 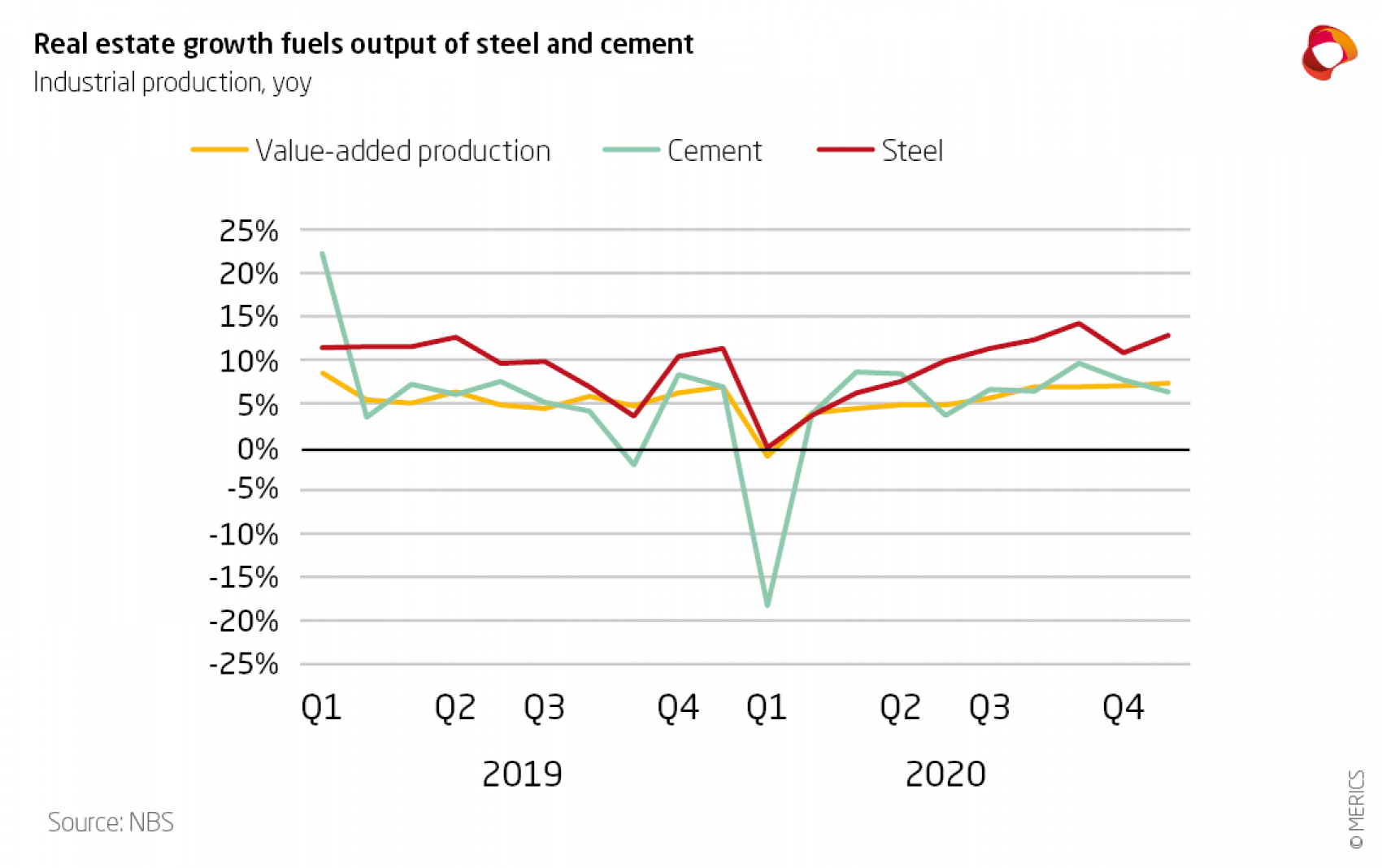 What to watch: Regional lockdowns in response to renewed Covid-19 outbreaks could disrupt output, and possibly domestic supply chains.

What to watch: Global demand, especially for electronics and medical products should moderate over 2021.

What to watch: The PBOC may raise interest rates if demand continues to recover. 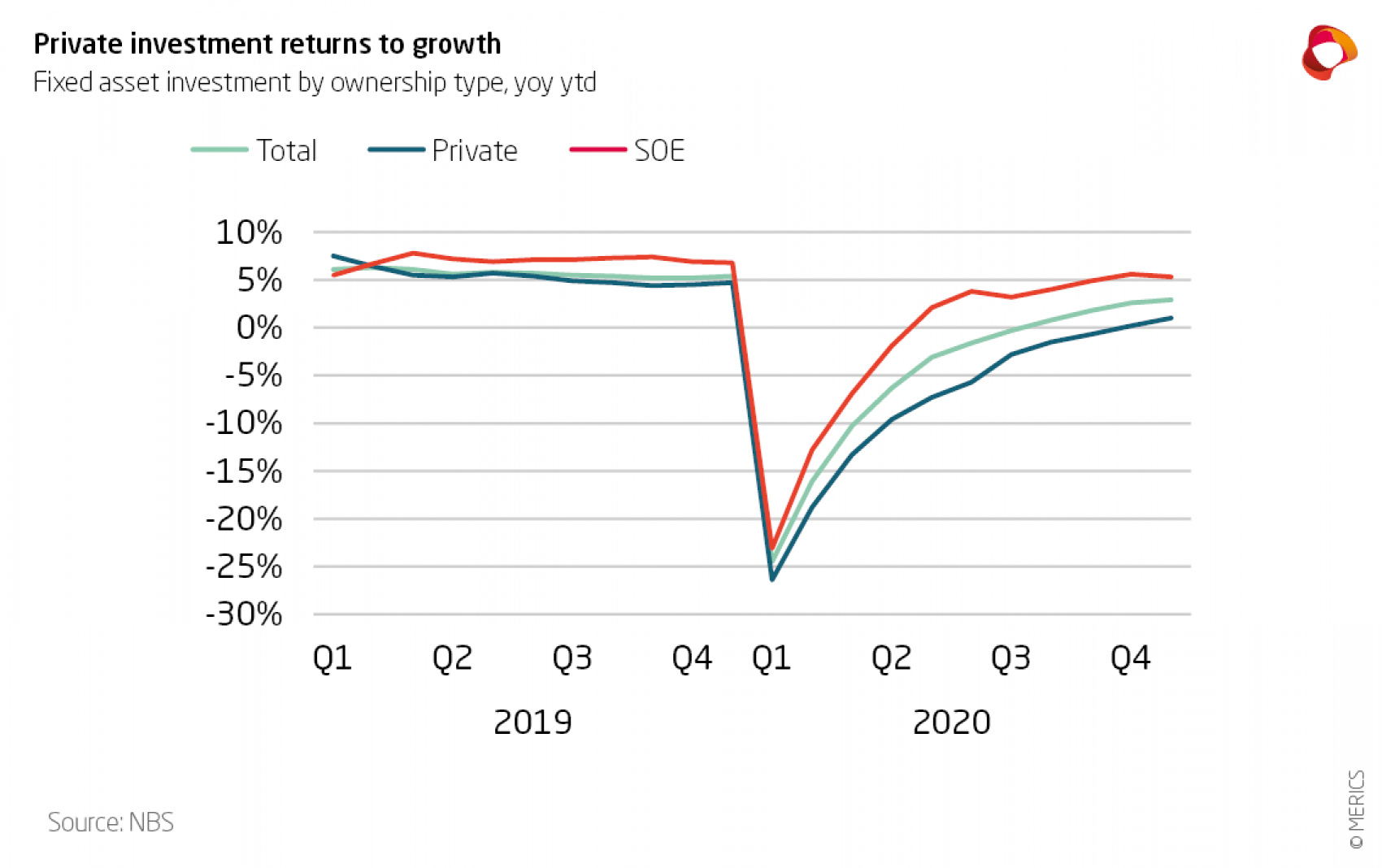 What to watch: Government efforts to curb excessive credit expansion, especially in real estate, should gradually moderate the pace of investment growth.

Prices: China is leaving deflation behind

What to watch: Stimulus measures will be kept in place unless increased demand drives up core inflation.

What to watch: An announcement of fresh increases to provincial minimum wage adjustments early this year should act as a good indicator of how solid the recovery is, as they were nearly all halted in 2020.

Retail: Weak consumption is the biggest threat to economic recovery 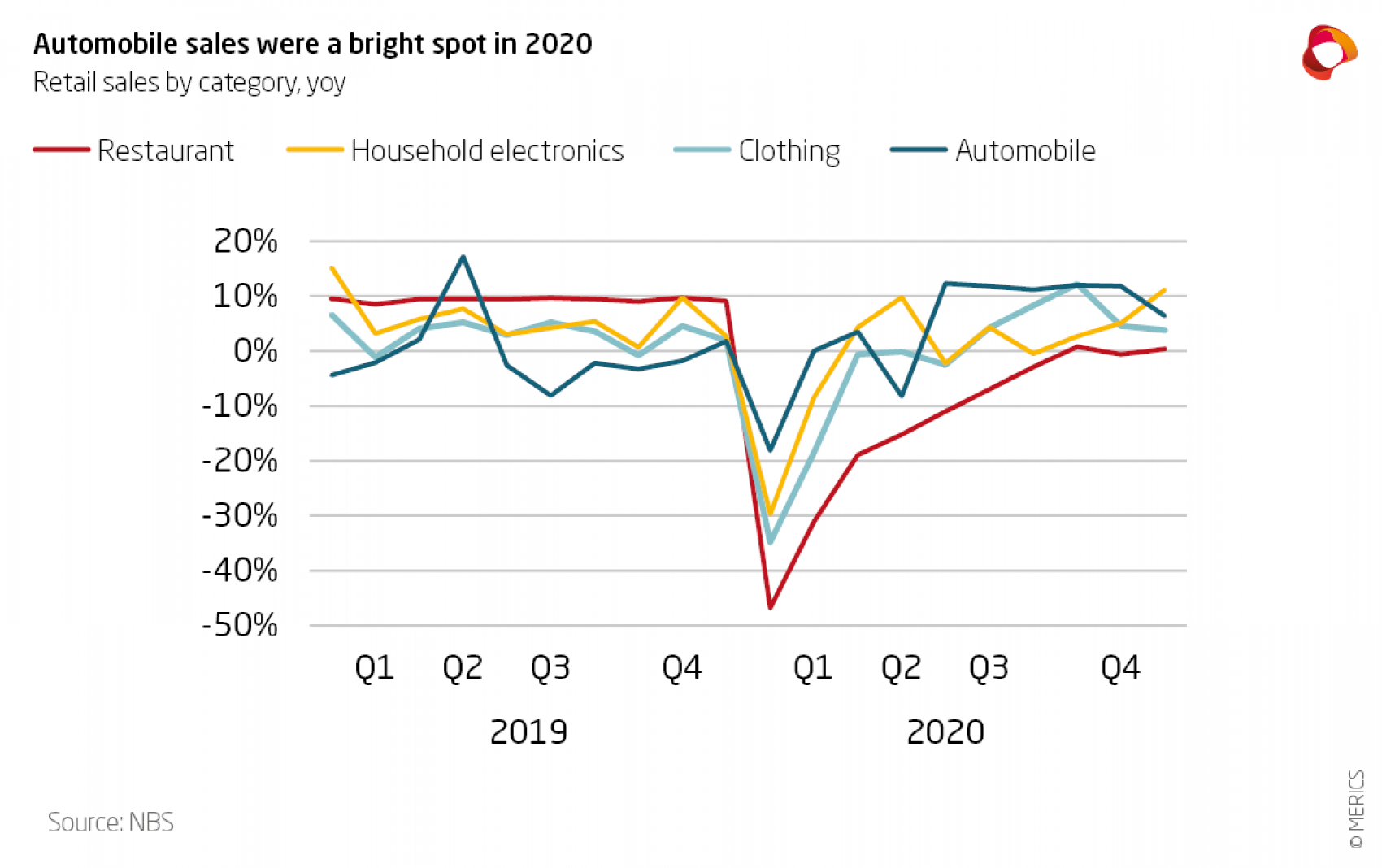 What to watch: Travel and tourism spending during Chinese New Year which starts in mid-February; it will need to pick significantly for consumption to recover.