For months now Hong Kong has gone through a rollercoaster of escalating protest, police action and government intransigence. The impression is left of a government that is out of touch with the population, unable or unwilling to represent Hong Kong’s interests against China and, most of all, without a game plan.

In June, the administration of this Chinese “Special Economic Zone” and former British colony proposed a new bill for the extradition of people in Hong Kong to the People’s Republic of China. The bill triggered the growing apprehensions and fears of the Chinese government, whose mounting influence and interference in Hong Kong’s society, economy and government increasingly violated Hong Kong’s special status under the principle of “One Country, Two Systems”.

In November, protestors’ violent occupation of several university campuses was met with an equally violent police response, escalating the anti-government movement to a level unheard of in Hong Kong since its retrocession to China in 1997. The occupations had happened in response to the government’s stubborn refusal to accept any further demands of the movement after it had withdrawn the extradition bill in September. Although some of the demands are indeed difficult simply to concede (universal suffrage, the resignation of Chief Executive Carrie Lam), even the very moderate and reasonable demands for retraction of the official characterization of the protests as “riots” or an independent inquiry into police brutality have been brushed aside as well.

Beijing has little interest in a genuine understanding of Hong Kong

The impression is left of a government that is out of touch with the population, unable or unwilling to represent Hong Kong’s interests against China and, most of all, without a game plan. Clearly, strategy is decided not in Hong Kong itself, but in Beijing. Although the Chinese authorities quite wisely have thus far refrained from direct interference, they seem to have little interest in a genuine understanding of Hong Kong or finding ways to allay the apprehensions about China among large sections of the population.

Despite the escalation of violence over the last few months, Hong Kong remains in a stalemate. Neither the protestors nor the government or Beijing have a strategy that might lead to a solution. However, the district council elections on 24 November in which anti-establishment candidates won a landslide victory could be a turning point, especially after the US president signed two bills regarding Hong Kong into law just two days later. The first requires an annual review of Hong Kong’s human rights record in order for the territory to keep its separate status and thus remain excluded from US trade sanctions against China. The second bill bans the sale of crowd-control munitions like tear gas and rubber bullets to the Hong Kong police.

The election result and the new legislation in the US have given the anti-establishment movement new hope, putting further pressure on to the Hong Kong government and Beijing. Although this might break through the current stalemate, it also raised the stakes enormously.

Hong Kong’s newly elected district councillors could use their position to form a broad coalition to pressure the government to make genuine concessions. As councillors, they now have a legitimate platform as representatives of the vast majority of the population, giving the movement the leadership and public face that it lacked until now. However, they should be quick and decisive and not wait for a possible flareup of spontaneous demonstrations. Even more seriously, there is the danger of radicalization among some of the young participants in the demonstrations and university occupations of recent weeks. If terrorist attacks were to happen, Beijing will most likely conclude that there is no other option than direct intervention.

The new US legislation is a distinctly two-edged sword. It increases the pressure on the government and Beijing, showing that the world is watching and no longer prepared to stand idly by. Hong Kong might be Chinese sovereign territory, but China is still beholden to the terms of the Joint Declaration with the UK in 1984 that guarantees the special status and separate system of Hong Kong. However, the two new US laws now also openly make the events in Hong Kong part of the conflict between China and the United States. As just one piece on the chessboard, Hong Kong might in the future find itself sacrificed for a higher aim if that suits either Beijing or Washington.

Of course, as first a colony and then a special administrative zone, Hong Kong’s future never fully was in the hands of the people of Hong Kong anyway. However, recent developments have made the territory’s destiny even more contingent on a great power game over which it has no control. European governments could have a role to play here. Where the US seeks confrontation in stark human rights terms, Europe should continue to insist on the relevance of the 1984 Joint Declaration and focus on the continued relevance of the “One Country, Two Systems” formula. It would be a huge step forward to restore Hong Kong’s trust if China agrees to abide by this formula also after 2047 when the fifty-year term of the Joint Declaration ends.

The only way for Hong Kong to decide its own future is for the Hong Kong government and protest movement to find ways to sort out their differences. The government must accept the movement’s most immediate demands (an independent inquiry in police brutality, no longer branding the protests as riots) and begin to act as a real government of Hong Kong rather than Beijing’s proxy. The latter will require genuine elections, also of the Chief Executive, and a timetable that needs to be negotiated. The movement in turn requires real and united leadership, must accept any genuine concessions from the government, and avoid any further dangerous escalation. All of this requires great wisdom and courage, and fast. 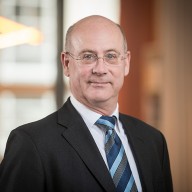