The pandemic has once again shown Berlin’s relations with Beijing to be a balancing act. Barbara Pongratz says cordial partnership plus cautious opposition does not equal clarity.

Sino-German relations were already complicated before the global Covid-19 crisis. Both sides were preparing for government consultations in 2020 and the EU’s 27 national leaders first-ever joint meeting with Chinese President Xi Jinping in Leipzig this fall under the auspices of the German EU Council presidency. The aim of these meetings was to promote the partnership dimension of Germany-China and EU-China relations. At the same time, political relations had deteriorated not least because of growing German worries about the suppression of the pro-democracy movement in Hong Kong and large-scale human rights violations in Xinjiang.

Traditionally well-oiled business relations had also suffered setbacks. German business leaders had for the first time openly started to discuss the risks of doing business with Chinese partners – political, security-related or reputational. The highly controversial Huawei/5G debate showed China policy had become a factor in German domestic politics. It was no longer taboo for German business leaders to think about “diversification” away from China.

Relations between Beijing and Berlin are getting more complicated

With the pandemic in full swing, Sino-German relations are only getting more complicated. On top of questions about China’s crisis management, the Covid-19 crisis has made it ever more evident that China has extended the reach of its propaganda to manage its reputation and influence debates in Germany and elsewhere. Chinese public diplomacy has increased and become more strategic – the Chinese embassy, the Chinese Communist Party’s (CCP) International Liaison Department and social media have all become messaging channels.

While German media have harshly criticized attempts by China to influence public opinion, the German government has shied away from public confrontation. For example, German media reported that the foreign ministry had internally called for vigilance and countermeasures in light of Chinese attempts to encourage German officials to speak positively about China’s handling of the coronavirus crisis. Yet the German government’s only public reaction to such a brazen attempt to influence Berlin was that it would not comply with China’s request.

It remains unclear why Berlin is not willing to position itself more openly and more vocally to oppose Chinese meddling. But German opposition politicians have been more outspoken, criticizing China’s moves and the German government’s reticent response. As a result, an open discussion in the Bundestag, Germany’s parliament, seems inevitable. The country’s political elite will have to take a position on China’s meddling – and some related issues.

The Covid-19 crisis looks set to reinforce existing trends in Sino-German relations. Germany’s close business ties to China mean that the pandemic’s economic shock will immediately impact German business. As global demand and trade slump, the country’s manufacturers will see potentially lasting effects on the production capacity and market outlook. This will add new urgency to a number of debates that were already complicating Germany’s economic and political relations with China before the coronavirus pandemic struck.

First, the crisis will add new momentum to the debate about Germany’s dependence on China, about what degree is appropriate and when supply-chains should be diversified. Second, widespread fears about asset-hunting by Chinese companies during the crisis have led Germany to once again increase its efforts to sharpen investment screening. And these business-related discussions will prove a prelude to two more fundamental questions.

The crisis has underscored the simultaneous roles of partner, competitor and rival in which many European policymakers cast China – and the challenges this poses for managing Sino-German relations. Beijing’s crisis management and ensuing international posturing have probably fueled more doubt than confidence in Beijing and its global leadership capacity.

Lastly, the crisis is likely to lead more German decision-makers to acknowledge new geopolitical realities, and in turn to reaffirm that EU unity is of utmost importance in the face of China’s rise. Covid-19 has demonstrated China’s growing influence across Europe, and how it was able and willing to seize the opportunity to present itself as a global leader following initial shortcomings in crisis management in Germany and elsewhere in the EU.

As much as the German government might want to duck a public airing of these issues, the country’s political and business elites will have to openly discuss the consequences sooner rather than later. There is some uncertainty about whether the EU-China summit in Leipzig can take place in times of pandemic. But regard for saving this crucial meeting should not stop Germany from embarking on an overdue public debate about Sino-German relations.

This blog post is a shortened version of an article published in a recent report by the European Think-tank Network (ETNC). 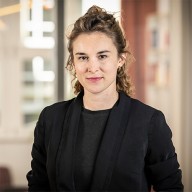