NATO discussions about China are already taking place, but the organization needs a coordinated and comprehensive strategy to deal with an ever-more confident China, argue Helena Legarda and Meia Nouwens.

The North Atlantic Treaty Organization (NATO) is celebrating its 70th anniversary this year, high time for it to widen its focus and take other, emerging challenges into view. China’s geopolitical rise and its increasing projection of power are stark proof that the international balance of power is beginning to shift from west to east, in economic and political – but also military – terms. NATO was created to provide collective defense assurances to countries in Europe and North America mainly against a potential attack by the Soviet Union, and later Russia. But the alliance now needs a China strategy.

NATO discussions about China are already taking place. However, they have long focused on the implications for transatlantic security of Chinese security-related activities in the Asia-Pacific and, to a limited degree, in the Middle East and Africa. Of course, NATO must continue to monitor regional security in the Asia-Pacific. But such a limited approach to China no longer reflects the realities of the country’s global security presence. China continues to modernize its military in its quest to become a great power and build a world-class military that can fight and win wars by 2049.

China’s growing military power has edged toward Europe as the People’s Liberation Army (PLA) has expanded its international presence over the last few years. The PLA has opened a new military base in Djibouti, it is a more active participant in UN Peacekeeping Operations, and it has even conducted joint exercises with Russia in the Mediterranean and the Baltic Seas. And for the first time, in July, the PLA conducted a medical training exercise with the German military on NATO territory.

The growing strength of China’s defense industry has also led to the proliferation of more advanced military platforms. China exports heavy and armed unmanned aerial vehicles (UAVs) to the Middle East, Central Asia, and Africa – without accompanying terms and conditions defining or limiting their use. Chinese UAVs aren’t yet equal in capability and quality to the original American variants, but China fills a gap in the market by offering similar military capabilities to countries that either did not qualify to purchase or could not afford top of the line U.S. equipment. Accordingly, NATO troops will increasingly have to factor in these changes to their operational environments.

Relationships between China and the different NATO members vary widely

Beijing is also engaging in a wide range of influencing and hybrid warfare activities in NATO allied states. It is pursuing a coordinated strategy to acquire Western technology and expertise to advance Chinese innovation in dual-use and other technologies. Chinese companies are also increasingly investing in critical infrastructure like ports and 5G networks in NATO member states. All of these activities directly affect NATO interests, and their impact is likely to grow. A more comprehensive response to China’s emergence as a global security actor and these arising challenges is therefore in NATO’s interest.

Relationships between China and the different NATO members vary widely, distinguished by different levels of competition and cooperation, as well as different assessments of what the main challenges posed by China are. A discussion about how the rise of China affects NATO as a whole would make member states’ awareness and understanding of China more coherent. That would provide the long overdue foundation for the development of a coordinated transatlantic approach to China’s rise.

This is by no means impossible. The United States identified China as a strategic competitor in its last National Security Strategy and already considers it the pacing threat. Europe still sees China as a potential partner in some nontraditional security areas, such as climate change or the protection of the Iran nuclear deal. But the European Union (EU) and many of its member states are beginning to rethink their strategic relations with Beijing. The European Commission’s “EU-China Strategic Outlook” simultaneously identified China as a cooperation partner, an economic competitor, and a systemic rival.

European and US concerns and interests align on multiple issues

The EU and the United States have so far adopted different approaches to China’s growing global clout, particularly in the security sphere. But this still leaves room for transatlantic cooperation. European and American concerns and interests align on multiple issues – both recognize that China’s overseas economic activities have far-reaching security implications for NATO member states and their allies, and both want China’s cyber operations and political interference activities curtailed.

Using NATO as a forum to discuss China could allow Europe and the United States to hammer out a policy that takes into account member states’ different priorities. It could also potentially lead to increased burden-sharing among partners. While China may not yet be as big a concern to Europe as it is to the U.S., the principle of alliance solidarity should apply. The United States has been a key partner to Europe in the face of threats from the Soviet Union and then Russia. European NATO members now need to step up to the plate and pin down what China’s growing military power will mean for NATO and individual member countries.

NATO’s current focus understandably remains its relationship with Russia and the ongoing conflicts on its southern flank, in the Middle East and North Africa. But is vital that NATO members begin to assess collectively how China may already be affecting the alliance’s security interests, and how this will likely develop in the short- and medium-term. China’s growing projection of power is already being felt outside of the Asia-Pacific, particularly in the European neighborhood, and this is a trend that will only continue over the next few years. It is therefore high time for NATO to develop a coordinated, comprehensive strategy toward China.

This article was first published by our partner publication "The Diplomat" on July 18, 2019. 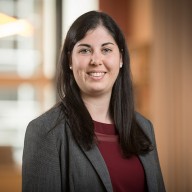