The Arctic: Enter the Dragon

As the European Union sets about updating its Arctic strategy, Roderick Kefferpütz says it would be well advised to reformulate its policy to factor in a new player in the High North – China.

China has steadily increased its Arctic presence since it defined the High North as a “new strategic frontier” (zhanlue xin jiangyu) in 2015 and started to promote a “Polar Silk Road” three years later. By deepening economic and scientific ties with various Arctic players, China has become one of Greenland’s largest foreign investors, concluded a free trade deal with Iceland, cooperated with Finland to lay submarine communication cables, built up scientific installations in Norway and Iceland and a satellite ground station in Sweden, and forged a satellite cooperation with Finland.

The European Union has to update its Arctic policy to reflect this new reality. Science diplomacy has been China’s preferred means to position itself in the Arctic, an approach less innocent than it looks. Beijing in 2018 declared itself a “near Arctic state,” a move that only served to highlight the fragility of its Arctic claim rather than cement it. So declaring disinterested scientific endeavor a main goal is perhaps the safest way for China to build a polar presence. It is the path least likely to meet international resistance – and one very likely to provide all sorts of collateral benefits.

In reality, science is a gray zone that provides China with crucial polar data, Arctic know-how, and the capacity for intelligence gathering – all of which can be used for military purposes. Science lends itself perfectly to civil-military dual use – and so science gives China an Arctic presence that could eventually and easily be translated into more raw forms of power.

China’s Arctic policy is in reality geopolitical. First, the region offers a maritime “breakout”. Navigating the increasingly ice-free Arctic region to reach Europe is an alternative to the Malacca Straits. It gives Beijing the chance to avoid economic containment if rival states were ever to block off this maritime chokepoint. Second, the Arctic is rich in natural resources like fish, precious metals and fossil fuels. Third, the High North is China’s nuclear weak spot. It’s the region US missiles would transit if they were ever launched against China. Chinese submarines in the Arctic could provide the possibility of nuclear defence and so a means of deterrence.

China’s soft power approach in the Arctic has a hard edge. Huawei Marines’ Arctic communication cables could give Beijing eyes and ears under water and allow submarine reconnaissance. This would help China lift the fog of war, were it to descend on this theatre. The Swedish Defence Research Agency has warned that China’s Kiruna satellite station in Sweden could be used to gather military intelligence for Chinese submarines. Russia, too, is aware of China’s submarine interest in the Arctic. Moscow recently charged one of its Arctic scientists with high treason for passing on to China classified material, including submarine detection technology.

China’s forays into the Arctic were successful for several reasons. They took place at a time when Western nations ignored the grand systemic challenge that Beijing poses. Research institutions have been naïve about or unaware of the associated risks when it comes to cooperating with China and Arctic science infrastructure and research is an expensive business. Given that, many research institutions and companies are constantly on the lookout for collaboration or business opportunities, and roll out the red carpet when potential Chinese funders come knocking.

Finland is a case in point. The Finnish Meteorological Institute (FMI) has a scientific arrangement with China at its Arctic Space Centre in Sodankylä that involves sharing satellite imagery and data about the cryosphere. The FMI is free to choose its cooperation partners and has an economic interest to expand its business and meet performance targets. The FMI’s cooperation with China is regarded as similar to that with Germany and the United States.

In its existing Arctic policy guidelines, the European Commission acknowledges that dual use can blur vital boundaries. But it has not said how the problem – or China’s increasing presence in the High North – might be addressed. A revamp of the EU’s Arctic strategy would be an opportunity to make up of for these omissions. Brussels needs to define a strategy to engage with China in the High North, pay more attention to dual-use research and help scientists better deal with the issue.  The EU needs to boost its Arctic capacities by strengthening its science footprint there – and perhaps even eye an Arctic research and infrastructure policy with the next US administration. 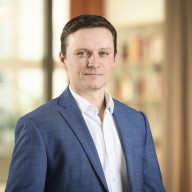