The Chinese Communist Party has long eyed the city’s liberal values as a threat. Katja Drinhausen says Europe must be prepared to follow through on all available measures or Hong Kong will quickly disappear behind the mainland’s ideological firewall.

On May 28, China’s National People’s Congress (NPC) announced plans to formulate a National Security Law for Hong Kong (HKNSL). On July 1, the law came into effect and the first arrests were made. In just five weeks, the NPC Standing Committee produced a draft, rushed it through two readings and passed the law during an extraordinary session on June 30, sidestepping Hong Kong’s lawmaking body. In a bid to avoid targeted push back by Hong Kong and international stakeholders, the draft remained under wraps until it became law.

The European Parliament has expressed its concern that the HKNSL will seriously undermine the high degree of autonomy granted to the city under the Sino-British Joint Declaration and adopted a resolution on June 19 that proposes to file suit against China before the International Court of Justice for violating its obligations under international law. Independent UN experts have jointly called for decisive measures to protect fundamental freedoms in Hong Kong, the UK and Australia have offered a path to citizenship for Hong Kong residents, and the US has restricted high-tech exports.

Both Beijing and Hong Kong Chief Executive Carrie Lam have tried to assuage fears by emphasizing that the law will help lead the city back to order and prosperity and only target an “extremely small minority” of criminals. But the content of the law tells a different story. Nominally, the HKNSL is designed to target subversion, secession, terrorism and foreign interference as well as the vague offense of “collusion” with foreign entities. Despite paying lip-service to rule of law and civil liberties granted to Hong Kongers – such as freedom of speech, press and assembly, the right to a fair trial – the law embodies Beijing’s wish list for political control.

Hong Kong is required to establish its own National Security Commission and coordinate with Beijing. The law essentially establishes parallel structures in law enforcement and the judiciary and places them under guidance and control of the Chinese party-state, sidelining the judicial oversight that has been instrumental in safeguarding Hong Kong’s civil liberties. The Hong Kong police has already built a new specialized unit to investigate offenses.  China’s feared state security forces will establish an official presence on the ground. Mainland law enforcement and courts are granted jurisdiction to handle certain cases and suspects might be extradited to mainland China.

To assess how far-reaching the impact will be it is crucial to understand how the CCP sees the issue and what it wants to change. Ever since popular protests derailed the Hong Kong legislature’s first attempt to enact a security law in 2003, the CCP has viewed the city’s liberal political values, calls for self-determination and pushback against increased mainland control over law, media and society as a threat to political and national security. The party-state’s sense of urgency was amplified by more recent successes of the Hong Kong opposition in stopping a number of initiatives dear to the party, especially the extradition legislation in 2019.

That citizens can resist official doctrine and change the outcome of political decisions through public protest is not a lesson the authoritarian party-state wants its subjects to learn. The central government has worked hard to drive home the message that none of the issues raised by protestors are legitimate – describing the protests as attempted color revolutions,  secession and terrorism – and that victories, such as the election win of the pro-democracy camp last autumn, are only possible through coercion and interference of foreign intelligence agencies and non-governmental organizations.

But the notion of foreign infiltration goes far beyond this: The central government and pro-establishment groups see the liberal civic values that are still a key component of Hong Kong society as an ideological virus that threatens national security. This stance is well reflected in recent remarks from Zhang Xiaoming, Deputy Director of Beijing's Hong Kong and Macau Affairs Office: The National Security Law will function as “anti-virus software” and remove the ideological malware that is the root cause of opposition. The goal is to prevent future generations of Hong Kongers from wrong thinking and cut off unwanted ties with Western actors.

The language and arguments used should be eerily familiar to those who followed the introduction of the PRC National Security Law and Foreign NGO Law in 2015 and 2016, that were similarly directed at criminalizing dissent and containing the influx of information from abroad. Looking at China’s political priorities and domestic modus operandi, it is clear that the national security legislation will not only target an “extremely small minority” but is intended to support the CCP’s mission to rewrite the source code of Hong Kong’s liberal society, reshaping it in the PRC’s image.

The chilling effect is already apparent

The introduction of the law was preceded by ominous warnings from pro-establishment voices. Opponents of the law were summarily discredited as criminals. Carrie Lam even referred to them as “enemies of the people”, in a worrying turn to party ideology often used to justify extralegal treatment of those opposed to the CCP. A fund backed by former Chief Executive CY Leung offers bounties of up to HK$1 million for information that helps arrest offenders and the People’s Liberation Army garrison in Hong Kong staged a highly publicized drill in chasing fugitives.

Even though thousands of Hong Kongers still came out to protest the law, its ripple effects can already be felt. Pro-democracy groups are disbanding, Twitter users have deleted their accounts for fear that previous statements can be used for prosecution. Universities wonder how they will be able to uphold academic freedom, as media outlets and civil society organizations prepare for more expansive restrictions and censorship. As offenders against the law are barred from running for political office, this will change the political landscape just in time for this autumns LegCo elections.

Europe needs to step up and help mitigate the effect

Beijing has long prepared this maneuver and proven its resolve to move the ideological firewall between China and the West to include Hong Kong. The decision to introduce national security legislation top-down was already announced at the CCP’s Fourth Plenum last autumn. Beijing’s deep unease about almost two decades of foment in Hong Kong means it is ready to sacrifice the city’s function as a conduit for finance, trade and exchange.

If the EU is sincere that “human rights and fundamental freedoms are non-negotiable”, it needs to show its colors and commit to defending what remains of Hong Kong’s liberties in the years to come. This means taking decisive action instead of keeping quiet in the hope of an advantageous investment treaty. It also means investing in human resources and building expertise to continuously monitor the situation. Based on its findings, the EU should use all available avenues to call out and hold China accountable for violations of its international obligations and offer asylum to Hong Kongers whose rights are no longer protected in the new era of “prosperity and security” the law is supposed to usher in. 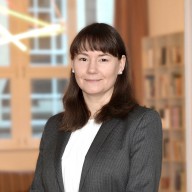