EU-Taiwan ties: Between expectations and reality

An increasing number of European actors have started embracing the idea of broadening engagement with Taiwan. According to Grzegorz Stec and Zsuzsa Anna Ferenczy, a process of maturing cooperation has started between the EU and Taiwan, but in terms of mutual expectations, there is room for improvement.

Over recent months, Taiwan has moved up the EU’s agenda. Supported by growing interest in Taiwan among European capitals, Brussels made its message clear: the EU wants to build upon the existing strong economic links and expand cooperation with Taipei. But there is more to it than just the economy. “Taiwan is a like-minded partner and the European Union will continue supporting its system of governance based on democracy, the rule of law and human rights, its open society and market economy”, said the EU’s Executive Vice-President Margarethe Vestager, as Members of the European Parliament, adopted their first-ever stand-alone report on EU-Taiwan relations in October 2021.

The EU’s Indo-Pacific Strategy also highlighted Taiwan’s role as a partner in the European bloc’s engagement with the Indo-Pacific region, in ensuring the stability of strategic supply chains and in regulating data protection. Official visits — on both parliamentary as well as trade delegations levels — have provided further political momentum and indicate Europes’ interest in pursuing ties with Taiwan despite pressures from Beijing. However, it is paramount not to misinterpret these messages or take them for more than they are. What form this increased cooperation will take and how far it will go is still being debated by a plethora of EU actors with different, often divergent, positions.

European and Taiwanese actors need to keep in mind that escalating the political tensions with Beijing increases the price tag of EU-Taiwan engagement potentially impeding the positive momentum in bilateral ties.

Still, one issue remains clear. While the bloc wants to intensify links with Taiwan, it remains committed to its One China policy. Nevertheless, adhering to this policy leaves room for a wide range of ways to engage with Taipei, as long as they fall short of diplomatic recognition. Beijing interprets the EU’s policy in a much more conservative way, expecting the EU member states’ governments to refrain from direct, official contacts with Taiwanese authorities.

This divergence in interpretations has led to increased tension, as shown by the fallout between Vilnius and Beijing. The bilateral row has rapidly escalated to the EU level after Beijing imposed secondary sanctions seeking to alienate Lithuanian companies from supply chains of multinationals active in China. The stakes are high and neither Brussels, Taipei, nor Beijing can afford miscalculations. That is why this is the right time to run a reality check and manage expectations as to what form increased EU-Taiwan cooperation may take.

The pandemic has catalyzed the EU’s willingness to engage Taiwan. With distrust and disquiet vis-à-vis China intensifying across the EU, an increasing number of European actors have started embracing the idea of broadening engagement with Taiwan. At an EU level, this narrative now coexists with an assertive China discourse. As the EU’s Indo-Pacific Strategy indicates, Brussels now sees Taiwan as a partner in resilient supply chains, semiconductors and data protection, and, overall, a like-minded partner in terms of both economic and political cooperation. The pandemic was thus a wake-up call for the EU to reinforce its partnerships — including those focused on building democratic resilience against authoritarian interference attempts. Among member states, some Central Eastern European countries — namely Czechia, Slovakia and Lithuania — have been leading the way in reinforcing cooperation with Taiwan based on mutual interest.

Their vaccine diplomacy last year sought to reciprocate Taiwan’s mask diplomacy from 2020. In recent months, both sides have followed up with an exchange of trade and business delegations. Lithuania has been particularly active in engaging the Taiwanese administration, including at the governmental level. Its decision to welcome the opening of a Taiwanese Representative Office was unprecedented among EU members — the others stick with the Taipei Representative Office formula. Despite Beijing’s multiple overt and covert attempts to make Vilnius change tack and domestic political controversy over the fallout with China, the Lithuanian government remains committed to a values-based foreign policy strategy that brings it closer to Taipei and amplifies its voice in Washington and Brussels. This strategy is also starting to bear economic fruits for Vilnius.

Taiwan announced tentative plans to invest USD 200 million in the Baltic state’s industries, possibly including in the strategic semiconductors sector. On top of that comes Taipei’s USD 1 billion fund for joint Lithuania-Taiwan projects and a USD 600 million special credit line provided by Washington. A growing interest in expanding relations with Taiwan is also visible at an EU level, as demonstrated by various Commission statements and new initiatives, such as the EU-Taiwan Investment Forum, held for the first time in 2020 in Taipei, and the high-level participation of Commission officials in ongoing technical dialogues. The Commission, however, but not surprisingly perhaps, seems much more cautious in its messaging than Vilnius.

Among the European Institutions, the European Parliament has, with regular resolutions, articulated the most support for expanding links with Taipei. In its first-ever stand-alone report on EU-Taiwan relations, Members of the European Parliament (MEPs) recommended multiple engagement measures including exploring the option of an EU-Taiwan Bilateral Investment Agreement. In unequivocal terms, MEPs have urged the reconceptualisation of the EU’s approach, stressing it was time to judge Taiwan on its own merit. As momentum in this direction has grown, inevitably questions and expectations have emerged concerning the sustainability of the EU’s turn to Taiwan.

It is not surprising that these signals may create high expectations for the future development of EU-Taiwan relations on both sides. Whether and how the EU follows through with its policy adjustment vis-à-vis China and Taiwan — given the inherent constraints of a bloc of 27 sovereign member states with different capacities and ambitions — is a legitimate question. Addressing it adequately, however, requires adjusting expectations to the reality on the ground.

While member states agree on the need to prepare for a new geostrategic and geoeconomic reality, they often diverge on the practical details of how to move forward with, and how much to prioritize China. The situation is somewhat similar when it comes to Taiwan; differences remain visible between the EU capitals, including in the context of Vilnius’ foreign policy, which should not be regarded as a yardstick of the sentiments of the entire European bloc.

Still, member states seem to be converging in their readiness to expand cooperation with Taipei, particularly in a post-pandemic recovery mindset; they see this as a right that does not conflict with their interest in continued cooperation with China. Yet, member states, even those more assertive on China (like Lithuania), have made it clear that going forward they will be guided by the EU’s One China policy. This is the same position EU institutions have embraced and continue to abide by. Expectations must not extend beyond this framework.

Equally, as member states remain in the driving seat in shaping EU foreign policy, European Parliament resolutions are legally non-binding. While not critical in the weight they carry in shaping the EU’s approach to China, they are significant in their own right in providing political momentum for Taiwan-related discussions in Brussels. Member states have also put the EU-China Comprehensive Agreement on Investment on ice and have been urging the Commission to start an impact assessment, public consultation, and scoping exercise on a Bilateral Investment Agreement (BIA) with Taiwan. Similarly, days after the European Parliament adopted its stand-alone report on Taiwan in November, members of the European Parliament’s special committee on foreign interference (INGE) travelled to Taipei to discuss joint strategies to counter disinformation.

This first-ever official European Parliament committee mission to Taiwan, led by its French Member Raphaël Glucksmann, sent an important message to Taiwan’s President Tsai Ing-wen: “you are not alone”. But, in their engagement with their Taiwanese counterparts, members of the delegation spoke as directly elected legislators, not on behalf of European member states or the European Parliament as a whole. While they don’t decide the EU’s foreign policy concerning Taiwan and China (member states do, by unanimity), they continue to play a role in deciding the speed and intensity of the process.

It is clear that a process of maturing cooperation has started between the EU and Taiwan. Both sides are engaging each other in a significantly different way than before the pandemic; there is now mutual interest and willingness to expand ties in concrete ways. In terms of perceptions of each other and expectations towards each other, there is, however, room for improvement. When navigating this shift, Taiwanese and European actors will need to be mindful and purposeful in articulating ambitions and choosing specific rhetoric. Overstretched promises, whether in the form of overly ambitious political statements by European lawmakers or economic offers presented by Taiwanese delegations, can inflate expectations on both sides. If they are not delivered upon, such promises will undermine mutual trust in the long run.

In turn, Beijing may leverage exaggerated rhetoric to further politicise EU-Taiwan relations and increase the cost for European actors who wish to further develop ties with Taipei. While it is crucial not to cave in to such pressures from Beijing, it is equally important to be mindful of how immensely sensitive the topic is to China. European and Taiwanese actors need to keep in mind that escalating the political tensions with Beijing increases the price tag of EU-Taiwan engagement potentially impeding the positive momentum in bilateral ties. Building up this new, more intense, but also more nuanced relationship will be a test of political maturity for the EU and Taiwan — especially during the Indo-Pacific focused French Presidency of the EU.

This article was first published on January 13, 2022 on 9dashline.com.

Grzegorz Stec is an Analyst at MERICS focusing on EU-China relations.

Zsuzsa Anna Ferenczy is a postdoctoral researcher based in Taiwan. 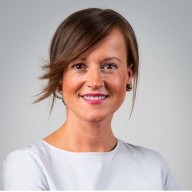