Balancing China in the Indo-Pacific: the role of France and Germany

France and Germany have an opportunity to jointly pursue Europe’s interests in the Indo-Pacific and bolster regional security, argue Mathieu Duchâtel and Roderick Kefferpütz. This article is the first in a series called “A Franco-German approach to China,” published by Institut Montaigne and MERICS.

The shadow of Russian military aggression in Ukraine looms large over the Indo-Pacific Ministerial Forum hosted by France today. The Indo-Pacific feels more distant than ever from Paris, Berlin and other European capitals. It makes the Franco-German ambition, shared by the Netherlands, to turn the EU into an influential presence in the Indo-Pacific seem out of place. Why focus on a far-flung region when the immediate threat is at your front door? It is raising eyebrows in Warsaw and Vilnius, and is being met with a low sense of urgency in Stockholm and Rome. Meanwhile, China is watching for signs of transatlantic and intra-European disunity in response to the Russian offensive.

But if anything, the crisis engineered by Moscow is a potent reminder of the centrality of the balance of power and the fragility of rules in international politics. The distribution of power, solidity of rules, and political developments in the Indo-Pacific will, to a large extent, determine the future international order and Europe’s capacity to defend its interests and influence the world.

European involvement in the Indo-Pacific is necessary and unavoidable

This makes increased European involvement in the Indo-Pacific both necessary and unavoidable. It is in Europe’s interest to maintain a stable regional security order and pursue a deeper economic and political footprint. Although Paris has tended to focus on hard security and Berlin on economic relations and soft security, a process of mutual influencing has narrowed Franco-German differences to the region.

Post-AUKUS French policy towards the Indo-Pacific is becoming “more German”. The French Ministry for Europe and Foreign Affairs now makes it clear that France intends to “champion a third path”, “beyond any logic of blocks”. “ASEAN centrality” is taking pre-eminence in French diplomatic language, and political attention is shifting towards multilateral diplomacy, as evidenced by today’s Indo-Pacific Ministerial Forum.

Meanwhile, Germany is opening up towards a more “French approach”. It has deployed its “Bayern” frigate on a patrol and training mission in the region, and the German air force will participate in the “Pitch Black 2022” exercise in Australia in September. The new German government considers the Indo-Pacific a priority. Additionally, the Russia crisis is giving the new traffic light coalition a geopolitical baptism by fire: Berlin has no choice but to position itself on hard security issues, including questions such as providing arms to Ukraine. This geopolitical awakening could lead to greater commitment in the Indo-Pacific.

Fortuitously, this mustn’t be a bipolar hard issues vs. soft issues approach, and France and Germany have an opportunity to jointly move this agenda forward. There are a number of ways that Franco-German efforts can enhance Europe’s interests in the region while contributing to a stable regional security order.

First, foreign naval presence in the South China Sea contributes to a constrained security environment in which it is more difficult for China to unilaterally change the status quo. Europe is there, but its presence in support of Freedom of Navigation should become broader and more regular. 2021 represented a peak for French naval presence in East Asia, with a nuclear attack submarine and the Navy’s main SIGINT ship beefing up the regular deployment of the Navy’s officers training mission, which last year led to several joint exercises with Japan, the United States and Australia. The French navy is not expected to deploy as much in 2022. Europe needs a coordinated approach and should build on existing efforts. It should look to broaden Operation Atalanta’s geographical scope to include the Indian Ocean, expanding the geographical reach of the CRIMARIO maritime capacity building program into the Indo-Pacific, as foreseen under CRIMARIO II, as well as expanding the coordinated maritime presences concept to the Indo-Pacific by establishing maritime areas of interests, following experiences in the Gulf of Guinea.

Second, the EU should support the military and law-enforcement capabilities of countries in the region so they can deter unilateral attempts to change the status quo. Europe would contribute to regional security as an enabling power by providing military equipment. Paris is already of the view that arms transfers are a strategic contribution to peace and stability. This narrative is sometimes met with scepticism, that it is above all a sales pitch to promote the business interests of the French arms industry. Nonetheless, many partners in the Indo-Pacific are looking for this kind of support. Indeed, France was already the third largest arms exporter to the region behind the United States and Russia between 1999 and 2018. Indonesia’s decision earlier this month to acquire 42 Rafale fighter jets in two phases, with six to be delivered immediately, and to further explore the possibility of acquiring two Scorpene diesel submarines, will make it the largest recipient of French defense equipment in Southeast Asia.

The question is more about Berlin. Germany has exported arms to Australia, India, Indonesia, South Korea, Singapore – and material was transferred to Taiwan. Whether the new German government is ready to export more arms to the region remains to be seen.  With the Greens in government, and the Green-led economy ministry redrafting arms exports rules, a more critical export policy seems very likely. On the other hand, Green Vice-Chancellor and Economy Minister Robert Habeck has been very pragmatic on such issues, being one of the first politicians of the coalition to call for defensive arms exports to Ukraine. Berlin, which has been sharply rebuked by Western partners for restricting its arms exports to Eastern Europe in the context of the Russia crisis, may grow as a result to become more open to arms export requests from like-minded partners in the Indo-Pacific.

Third, Europe should deepen economic and tech relations with Indo-Pacific states to increase its influence. The EU’s Global Gateway project provides options for states looking to build high-quality connectivity infrastructure – including digital infrastructure. Here too, France and Germany have something to offer. From Alcatel Submarines Network to Siemens, French and German companies are some of the leading firms in providing infrastructure solutions. For states in the Indo-Pacific, wider economic relations with Europe could also serve as a hedge against China, offering more diversified supply chains to better withstand geopolitical shocks and reduce vulnerability to coercion. This could be achieved through expanding the Quad framework to address supply chain risks.

Some will analyze today’s ministerial Forum as a French declaration of neutrality. Indeed, the decision not to invite the United States signals that France champions an autonomous European approach. In the absence of the US and China, the list of guests embodies the “Third Way” and aims to signal European political independence in the Indo-Pacific.

However, it would be wrong to consider the “Third Way” as a policy of neutralism, or Bandung 2.0. France and Germany certainly consider the return of bipolarity in the international system – in the form of US-China competition – as a risk to European interests. By offering a European card to states in the Indo-Pacific, they also aim to create business opportunities for European companies.

But the “Third Way” narrative and focus on soft multilateral diplomacy is not contradictory to a vision of a stable Indo-Pacific security order, which requires taking power and influence seriously. No official in Paris or in Berlin would publicly support the view that the goal of Indo-Pacific strategies is to build a “balance of influence in the world that is maximally favorable to the United States, our allies and partners, and the interests and values we share”, as outlined by the White House in the newly released US Indo-Pacific strategy.

But in practice, the autonomous actions taken by France and Germany, and other European countries – in support of the military balance, the rules-based maritime order, and connectivity needs in the Indo-Pacific – all have a role to play in tilting the “balance of influence” in a direction that makes unilateral attempts by China to build a Sino-centered new order both more difficult and more costly. 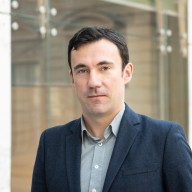 Mathieu Duchâtel
Director of the Asia Program at Institut Montaigne

Mathieu Duchâtel
Director of the Asia Program at Institut Montaigne