China and the Taliban – confidence and caution

As the world watched Afghanistan fall into the Taliban’s control following the retreat of US military forces, Chinese nationalists turned up the propaganda and ‘positive energy’. But online discussions on the Taliban have been tightly censored. Valarie Tan looks at the anxieties and contradictions beneath the propaganda.

As the United States began its military retreat from Afghanistan, commentary after commentary in China, on both state and social media, scholars and socio-political bloggers hammered home the narrative that the fall of Kabul exemplified the demise of America’s global leadership. The speed at which Kabul ceded to the Taliban, the chaotic withdrawal and evacuation of American troops and officials, the harrowing scenes of Afghan civilians scrambling to escape have all been highlighted by China’s commentators as examples of America’s failure.

“Despite pulling out the guns, spending huge sums of money and wasting so many human lives, the end result was still a huge mess,” jibed a commentary on state media Xinhua. “Everything was lost in just nine days. The retreat from Kabul was a complete embarrassment”, mocked a Chinese scholar. “Is this US government still capable of leading the Western bloc to respond to global challenges?”

US is the destroyer, China will rebuild Afghanistan

Insults aside, nationalist commentaries projected China as a constructive partner for Afghanistan, contrasting it with the destructive foreign policy of the United States. The ultra-nationalistic Global Times postulated that the Taliban’s victory proves that America’s longstanding strategy of using force to coerce regime change no longer works. Instead of the trail of destruction and pain left by the United States, China promises to rebuild Afghanistan with “positive energy.”

Typical in Chinese propaganda, the term emphasizes uplifting messages while censoring critical comments or voices online. In Afghanistan’s case, it alludes to China’s foreign policy of peaceful co-existence and non-interference in Kabul’s domestic politics. Portrayed as a peaceful alternative to US aggression, China’s model is promoted by state media as the more effective way forward for Afghanistan’s development.

The truth beneath the propaganda

The nationalist optics however belie China’s underlying anxiety about the Taliban’s rule over Afghanistan. This is exemplified by China’s tight control of online discussions of the Taliban compared to the free rein given to nationalist criticism of the United States. Negative comments on the Taliban or China’s relations with the terrorist group have been largely suppressed on Chinese social media.

Internet censors deleted a Chinese translation of a letter by Afghan filmmaker Sahraa Karimi who pleaded to the international community to pay attention to the plight of women and girls in her country. The letter has since been blocked from searches on China’s social media platform Weibo.

People’s Daily was forced to take down its Weibo post on the Taliban after it was criticized by social media users of whitewashing. The post had described the Taliban as a group founded by students from refugee camps that it grew with popular support from the poor. But Weibo users slammed the portrayal as deliberately ignoring the Taliban’s terrorist origins and the group’s history of deadly atrocities.

At the government level, China’s Foreign Minister Wang Yi called on Russia to encourage the Taliban to pursue a moderate religious policy, maintain peaceful foreign relations and co-exist in harmony with its neighbors. Wang also called on the United States to play a constructive role in maintaining stability in Afghanistan

Even though China’s Ministry of Foreign Affairs is now saying that it is staying put in Afghanistan as the US withdraws, it had issued emergency travel advisories urging Chinese citizens to evacuate from as early as June this year.

Nevertheless. China’s state media has been keen to rebrand the Taliban with “positive energy”. The difference in the portrayal of the Taliban between the West and China’s state media could not be starker. As reports emerged in Western media of the Taliban rounding up Afghans who have worked with US-led forces and hunting down journalists who have worked with foreign outlets, China’s state media CGTN quoted Foreign Minister Wang Yi praising the extremist group for sending positive signals to the world. Chinese reports on the Taliban’s first press conference focused on the group’s promise to form an inclusive government with the headline “Taliban is keen to change its image”. Such efforts underscore China’s intentions for closer relations with Afghanistan under Taliban’s rule.

With an eye on Afghanistan’s rich reserves of unexploited copper, coal, cobalt, mercury, gold and lithium – said to be the largest in the world – China could be priming the ground for closer economic cooperation. A former Chinese minister called the war-torn country a goldmine for Chinese developers and investors. Stock prices of Chinese construction firms rose on prospects of taking part in rebuilding Afghanistan.

But the strong signaling for cooperation has not been made without caution. Before Kabul fell, China hosted Taliban’s political chief and officials in a high-level diplomatic meeting in Tianjin. The visit was given extensive coverage on Chinese media outlets, a huge contrast to when the Taliban visited China in 2015 which went unreported on state media. Aside from scoring diplomatic points, high on China’s list of demands to the Taliban was disassociation from the East Turkestan Islamic Movement (ETIM), which Beijing blames for attacks in Xinjiang. In response, the Taliban delegates called China a friend and promised that no forces will be allowed to use Afghan territory to harm China.

With the Taliban in control, perhaps China sees an opportunity to negotiate new terms on stalled projects. Contractual disagreements with the US-backed Afghan government have been cited as reason behind the stalling of the China-backed US$2.9 billion copper mining project in Mes Aynak, a site 40 kilometres from Kabul. For its part, the Taliban has openly expressed hopes for China’s expanded role in Afghanistan’s economic development.

The show of appetite from both sides to deepen relations seems to suggest one likely outcome. As long as the Taliban is able to meet Beijing’s conditions, it is only a matter of time before deals are cut and China expands its economic footprint in Afghanistan.

A slightly shorter version of this analysis was first published in our latest MERICS China Essentials.

If you are a MERICS member, you can access the full publication here.
Autor(en) 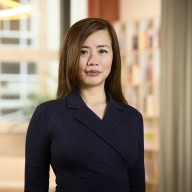