After nearly nine years in office, Xi Jinping now stands as the overwhelmingly dominant figure in China’s political system, having gained command of the military, the Chinese Communist Party (CCP) apparatus, and diplomatic and economic policymaking, all while sidelining or locking up rivals to his leadership. His drive for power, however, has destabilised elite political consensus and dismantled powersharing norms that evolved since the 1980s. By removing de jure term limits on the office of the presidency — and thus far refusing to nominate his successor for this and his other leadership positions — Xi has solidified his own authority at the expense of the most important political reform of the last four decades: the regular and peaceful transfer of power. In doing so, he has pushed China towards a potential destabilising succession crisis, one with profound implications for the international order and global commerce.

There are various scenarios for what happens after Xi, ranging from a peaceful transfer of power to a split at the top if he is forced out of office in a coup or by illness or death. These scenarios and their implications for the West are the subject of a recent joint report by Jude Blanchette, Freeman Chair in China Studies at the Center for Strategic and International Studies (CSIS), and Richard McGregor, Senior Fellow for North Asia at the Lowy Institute. They will presented their findings and discussed them with Mercator Institute for China Studies (MERICS) analysts Katja Drinhausen and Valarie Tan.

Jude Blanchette holds the Freeman Chair in China Studies at the Center for Strategic and International Studies (CSIS). Previously, he was engagement director at The Conference Board’s China Center for Economics and Business in Beijing and assistant director of the 21st Century China Center at the University of California, San Diego. Blanchette has written for a range of publications, including Foreign Affairs and Foreign Policy, and his Chinese translations have appeared in the Wall Street Journal and the Financial Times. His book, China’s New Red Guards: The Return of Radicalism and the Rebirth of Mao Zedong, was published by Oxford University Press in 2019.

Richard McGregor is Senior Fellow for North Asia at the Lowy Institute. McGregor is a former Beijing and Washington bureau chief for the Financial Times and the author of numerous books on East Asia. His book, The Party (Penguin Books, 2010), on the inner workings of the Chinese Communist Party, was translated into seven languages. His book on Sino-Japanese relations, Asia’s Reckoning: China, Japan and the Fate of U.S. Power in the Pacific Century (Penguin Books, 2017), was called “shrewd and knowing” by the Wall Street Journal and the “best book of the year” by the Literary Review in the United Kingdom. His most recent book, Xi Jinping: The Backlash, was published by Penguin Australia in August 2019.

Katja Drinhausen is a Senior Analyst at MERICS, where she also coordinates research in the Politics & Society team. Her research focuses on the development of China’s legal and governance system, including digital governance and the social credit system, as well as human rights in China and state policies towards minorities. She previously worked as a researcher and project manager in the Beijing Office of the Hanns Seidel Foundation where she tracked the development of Chinese law, governance and civil society in China.

Valarie Tan is an Analyst at MERICS. Her research focuses on Chinese elites and global entrepreneurs, societal and media debates, as well as political communication. Before joining MERICS she has worked for many years as a ChannelNews Asia correspondent in Beijing and Shanghai, reporting on political and economic developments in China. 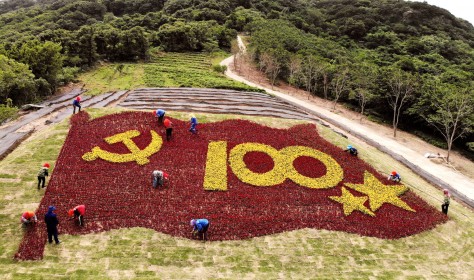