China on the Road to the 20th Party Congress, Part 1 with Charles Parton

In late 2022, the Chinese Communist Party will hold its 20th Party Congress. In all likelihood, Xi Jinping will be re-elected as General Secretary for five more years, extending his political agenda indefinitely and concentrating more power on him than on any Chinese leader since the Mao era.

But what will Xi use his power for? What does his prospective direction portend for China's political and economic role in the world? And is Russia’s war in Ukraine interrupting the carefully choreographed run-up to China’s most important political event in five years?

These and similar questions will be tackled in our new workshop discussion series “China on the Road to the 20th Party Congress” with MERICS Senior Fellow Charles Parton. The political signals of the forthcoming months will provide plenty of insights into the party’s biggest self-perceived challenges and tasks, and what tools it plans to use to respond to them. MERICS is delighted to invite members and key stakeholders from politics and business to regular confidential discussions in a trusted circle.

In this first online workshop, Charles Parton offered his personal assessment  of the “Two Sessions” currently taking place in Beijing (the National People’s Congress and the Political Consultative Conference), followed by further observations and remarks from MERICS Politics and Society analyst Valarie Tan.

Speakers:
Charles Parton is a Senior Fellow at MERICS. He served for 37 years in the UK diplomatic service, with over 20 of those years spent dealing with China, Hong Kong and Taiwan. He advised member states at the EU delegation in Beijing on how China's policies might affect their interests.

Valarie Tan is an Analyst at MERICS, focusing on China’s domestic politics.

This meeting was confidential and by personal invitation only. This online event was part of our portfolio for MERICS Members and key stakeholders. 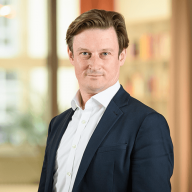